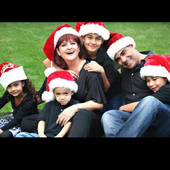 My commitment to helping others achieve their goals is perfectly matched with Keller Williams University’s learning-based platform of real estate training and life balance.

Get to know Scott Crouch

With a genuine, bigger-than-life, smile and a sturdy handshake, Scott instantly infects everyone he meets with his singular message:  "If you help enough people get what they want, you'll get what you want." With this message in his back pocket and a zest for teaching the Keller Williams' philosophy, Scott has changed lives.

Scott began gaining multiple equity opportunities in various market centers and purchased the Northern California Region with partners.  About this time the owners of the Keller Williams Southwest Region wanted Scott to change his role.  They wanted him to be more than a real estate coach, they wanted him to be the "coaches' coach".

Launching 5 Keller Willims Real Estate offices, which collectively have over 2000 agents and had more than $2.5 billion in residentil real estate sales in the Metro Phoenix area.  Outside of Arizona, Scott co-owns the Northern California and Hawaii region for Keller Williams Internationl, which currently has more than 43 franchises and staffed with over 4500 agents and annual sales of $8 billion.

Scott has won several awards during his career at Keller Williams, such as, Team Leader of the Year and Coach of the Year. He was also recongnized as the 40 under 40 Businessman of the year in the Phoenix Business Journal.

As a student, as a coach and finally as a "coaches' coach," Scott Crouch is helping people get what they want out of life.  The agent, the owner, the buyer, the businessperson - they have all benefited by Scott's dedication and time.  As Scott says, "The choices you make will determine your destiny."

Scott Crouch - Bringing the WORLD to you...

bookmark_borderbookmark
ActiveRain Community – over 8 years ago

bookmark_borderbookmark
Home Buying – over 8 years ago

Pool home for sale under 300k in Phoenix

bookmark_borderbookmark
Home Selling – over 8 years ago

Corner Lot home for sale with Pool in Phoenix AZ

bookmark_borderbookmark
Home Buying – over 8 years ago

I specialize in helping Real Estate Agents achieve their goals and aspirations in the field.  In short to have a Career worth having and to turn that career into a Business worth owning, which leads to a Life worth LIVING!!!!  With over 20 years of Real Estate sales I assure you, its about your legacy and not your last sale.

Scott Crouch has been in the real estate industry for 20 years, joining Keller Williams in 1997.  He was drawn to Keller Williams by its "economic model that provides for unlimited passive income potential."  He has industry recognition as Sales Person of the year for New Home Sales in Arizona, has been Team Leader of the Year and Coach of the Year, and is a member of the Southwest Region Hall of Fame.   Scott's highest production level with Keller Williams reached 15 million, and as Team Leader, Scott had a Top 3 ranked Market Center.

Scott's commitment to helping others achieve their goals is perfectly matched with Keller Williams University's learning-based platform of real estate training and life balance.   Constantly motivated by his desire to "help people grow both personally and professionally," Scott brings a passionate and energetic teaching style to his students, creating an enriching and unforgettable learning opportunity.

Scott specializes in the following courses: