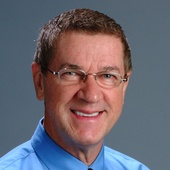 "It's a real estate jungle out there", I'm willing to guide clients through the process with honesty, awareness, & experience." With a lifetime of expertise, Glenn is your ultimate real estate source.

Get to know Glenn Ritchie

Originally from Australia, employed at Kodak Australia, graduated in electronics but his unique Photography skills took over. Glenn owes his unique people skills to experience he gained living and working around the world. His experiences gained by traveling throughout Asia including Singapore, Hong Kong, 26 countries in Europe, North Africa, across the vast plains of Canada and all around the great USA. This fantastic experience has given him the ability to earn respect of different cultures and, ultimately, broadened his horizons to work with all people.

His passion for traveling started when 1970 he completed a 18 mths. 8,000 mile camping trip around Australia mostly living in a safari tent. He worked his way around the vast bare roads taking on various jobs.

Then it was off to the Olympic games in Munich in 1972 where he sold his photographs of the various events to the media. After the games he visited the Oktober Fest in Munich and finally ended up settling in London, England where he went to the theater every week. He bought a beat up Mini Cooper and traveled around Ireland, Wales and all of the UK.

His passion for travel and photography didn't stop there. Glenn then saw an opportunity and joined the "Cunard Cruise" line in London as the chief photographer where he ventured to all of the Mediterranean and North Africa. Glenn's good communication skills led him to being offered and accepting a position as chief photographer for the N.C.L. cruise line where he enjoyed all the ports of call from the island of the Bahamas, South America to all of the Caribbean.

Now enjoying the sunny life in Fullerton, California, Glenn's passion shines through when he deals with clients in the real estate business. Glenn's good communication and people skills with his "can do" spirit have served him very well through the years.

To watch Glenn at work, helping people with their real estate dream is to witness a truly inspired professional.

bookmark_borderbookmark
Home Selling – about 7 years ago

Rent a Villa in Capistrano Bch, So Cal

Glenn at Sydney Harbour in 2010