Like
Home > Blogs > Michael Pinter > Blog-Home > Blog Archive
Everything you ever wanted to know about Reverse Mortgages.

1 Comments
This weekend will probably bring some kind of finalization to the mother of all bailouts. Let's pray that the guys we elected get it  right and are flexible enough to work together and do the right thing for every citizen in the greatest country in the world today (and ever in history.)

12 Comments
I still encounter people who have such a bad perception of Reverse Mortgages that they won't consider them, even when they are exactly what they need. Two examples: Yesterday I spoke to a gentleman who owned a three hundred thousand dollar co-op free and clear. He asked me about getting aHome Equ...

It's looking like October 1 may not be the day

0 Comments
I was on a training call yesterday with Liberty Reverse and they said that we may not get the mortgagee letter (that finally explains how the new laws will affect Reverse Mortgages specifically) from HUD until JANUARY! That would be a disaster. I 'm still hoping for the begining of October.

What the bailout means for Reverse Mortgages

I have a few problems with the bailout

10 Comments
Obviously, I am against the concept of bailing out institutions for making bad decisions in general, but specifically: 1) What changed last week? What exactly happened to scare Paulson and Bernanke into telling Congressional leaders that teh sky was falling? (could it be that Goldman sachs stock ...

2 Comments
The entire Reverse Mortgage world is waiting for the mortggagee letter from teh department of Housing and Urban development (HUD) that will explain the Housing and Economic Recovery Act's (HERA) provisions for expanding the FHA Reverse Home Equity Conversion Mortgage (HECM.) Most people seem to t...

16 Comments
What amazes me about this whole bailout idea is that somehow, the people pushing it think it will help the housing market. The truth is that it won't improve at all from the bailout. If the Democrats get their foreclosure provisions (whatever they are) put into the bill, it may even hurt the hous...

Looks like the mother of all bailouts is coming

19 Comments
I'm not sure what set Henry Paulson and Ben Bernanke off (maybe it was Goldman Sachs stock taking  a big hit) but they are now talking about the government buying all of the non-performing assets from all of the remaining U.S. Investment Banks. To say that this is unprecedented does not even scra...

2 Comments
I thought there were two, but there is only one: Senior Lending Network. You may be familiar with their television commercials featuring Robert Wagner. I would guess that they will discontinue the product shortly. The truth is that whenever we find out what the new housing bill means exactly for ...
<< Previous 1 2 3 Next >>
Back to Top Recent
Rainer
84,517 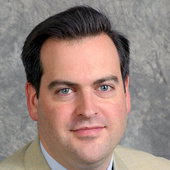 Everything you ever wanted to know about Reverse Mortgages.