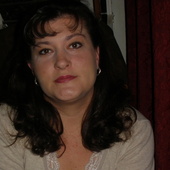 They said I'd never sell it!

By Cheri Smith, Realtor Prudential Gary Greene
(Prudential Gary Greene, Cypress TX)
So I have this listing that everyone told me would never sell and finally today we have what appears to be a solid contract. It's not that people weren't interested in this property. No, I had at least 20 offers on this property. The problem is that this is a 2 bedroom/1 bath mobile home on a half acre off of a dirt road in Harris county that is $35,000. Cheap huh? Some cars cost more than that! Well, the problem is that no one wants to finance it. Mortgage companies won't touch it. IT didn't qualify for FHA because of their rules on having tie downs and concrete runners, etc. So, we had to wait on a cash buyer. We've had cash buyers but the owner was holding out for what she believed to be the best offer possible. Well, she got it. I was told over and over again that it would never sel... 06/05/2007
Comments 0

By The MyHomeHouston Team
(Keller Williams Realty)
In North Houston you will find a quiet subdivision with a young community filled with a mixture of cozy single garage homes along side of newly constructed 2 car garage homes with a very affordable price entry point. The Westbourne subdivision in Cypress, Texas is surely a growing neighborhood perfect for families looking for their first home. Westbourne Real Estate Sales History We keep track of Westbourne real estate so you don't have to. As you can see, the Westbourne subdivision has been experiences an upward trend in average sales price and the homes sold per year increases by a small margin. The average days on market hovers right around 2 months for Westbourne, with a noticeable increase in average sales price occurring in 2006. Below, you will find the sold history for Westbourn... 06/05/2007
Comments 0

By The MyHomeHouston Team
(Keller Williams Realty)
North of Houston is a booming town that goes by the name of Tomball, TX. This once small town is now homes to many new home communities, shopping, and good old fashioned country living. Tomball TX real estate is now beginning to really make an impact on the real estate sales in North Houston.  The major freeway that extends well past Tomball, known has Highway 249, is now being expanded and actually finished, thus encouraging even more visitors to this quiet community. Tomball is home to its very own independent school district; appropriately named the Tomball Independent School District (Tomball ISD). With 12 campuses and a 16 student to teacher ratio, your children will get the attention and education they deserve. Tomball has a wide variety of real estate to offer you and your family... 05/30/2007
Comments 0

Rosewood Hill located just to the west of Tomball TX

By Marchel Peterson, Spring TX Real Estate E-Pro
(Results Realty)
Rosewood Hill is located just to the west of Tomball off of 2920.  It was one of the first developments developed by Jack Frey Properties some 30 years ago.    The subdivision provides a relaxed country lifestyle to its residents.  With wooded acreage home sites and winding country roads it is one gorgeous community.      There are approximately 300 home sites.  Home sizes range from 1700 square feet to over 4000 square feet.  Most homes are on one acre lots although some home sites have a little larger acreage.  The homes range in age from 1979 to 2003.     Recent sale prices are between $160,000 to $325,000; with square footage ranging from 1700 square feet to over 3000 square feet.     There is a recreation center with a community swimming pool and tennis courts for the use of th... 05/27/2007
Comments 2

By Marchel Peterson, Spring TX Real Estate E-Pro
(Results Realty)
Tomball TX Heartbeat Festival June 1-3 2007As Tomball continues to celebrate its 100 year Centennial Celebration you won't want to miss the Tomball Heartbeat Festival.  The City of Tomball and the Tomball Centennial Commission have come together to bring you a party like Tomball has never seen before.  It is going to be a musical extravaganza combining the music of Nashville along with our own Texas artist.  The artist performing will be the Randy Rogers band, Roger Creager, Eli Young band, Stony Larue, Jamie Richards band, Shake Russell, Tomball's own Braid featuring home town girl Tracy Hood, Flint Thompson & Six Gun featuring another hometown Tomball girl Dana Haas, Miss Leslie & her Juke Jointers, the Grateful Geezers and Johnny Dee & the Rocket 88's.  With this kind of line up ther... 05/21/2007
Comments 5

By Marchel Peterson, Spring TX Real Estate E-Pro
(Results Realty)
North Star Estates is a pleasant neighborhood located off Zion road in Tomball TX, a hometown with a heart.  It is approximately 30 to 35 minutes from Houston.   It is a small quiet neighborhood with towering pines, oaks and nicely landscaped yards.   The neighborhood was developed in the mid 1990's by Partners in Building.  With only about 200 homes it is a fairly small subdivision.  The homes range in size from 1855 square feet to 4700 square feet.  Many homes have over-sized lots.  There are a few lots left to be built on but not many.     Typical amenities include game rooms, 3 to 4 bedrooms, 2.5 to 3 bathrooms, separate formal areas, many windows to light the homes, 2 to 3 car garages and many of the homes have hidden rooms.   North Star Estates has a homeowner's association.  Th... 05/02/2007
Comments 3

By Marchel Peterson, Spring TX Real Estate E-Pro
(Results Realty)
Haven Lake Estates - Tomball TexasHaven Lakes Estates is a small upscale community located in at the corner of Kuykendahl and Hufsmith.  The subdivision has a Tomball Texas mailing address but is located in unincorporated Harris county.  It is located across from Augusta Pines Golf Club just minutes away from all the amenities of the Woodlands.  The subdivision is located right next to the new Woodlands development "Creekside".  The community is in a tranquil rural setting with homes  on acre plus lots and several ponds located throughout the community.  The community is a about a 30 to 45 minute commute from the city.   Haven Lake was developed in the late 1990's.  The subdivision is very small with only about 30 homes.  The home prices start at half a million and go up from there.  Sq... 04/05/2007
Comments 4

By Marchel Peterson, Spring TX Real Estate E-Pro
(Results Realty)
As Tomball Texas continues to celebrate their 100th birthday the Centennial committee has come up with many activities.  One such activity is the Tomball Trash Ball to be held April 21st, 2007 at Juergens Park and Matheson Park, Ulrich Road.The Tomball Trash Ball is scheduled to take place the day before Earth Day.  It is scheduled to be a celebration of a clean environment with a creative family day of entertainment and activities.  The committee has planned the event to bring awareness to the National Clean up but in a fun, family oriented way.  The activities include:Clean Up Crew: In this event you pick a roadway and then pick up trash.  The event organizers will provide gloves and a bright colored themed t-Shirt (for safety).  Prizes will be given for the team with the most unusual... 03/05/2007
Comments 0

By Marchel Peterson, Spring TX Real Estate E-Pro
(Results Realty)
Tomball is located approximately 28 miles northwest of Houston along State Highway 249.   Unlike most of Northwest Harris County which is unincorporated the city of Tomball is an actual town.  The City of Tomball has a local government, city ordinances, public works, city council, community center .   The Tomball market area includes  a much larger area than the city itself with 300 square miles of land in Northwest Harris County. The terrain is diverse including forested land and well as open rural land. Its elevation is higher than a lot of other areas, which reduces the chances of flooding.   With a rich history; the town has been around for over 90 years. It was first a railroad town and then became an oil town. The town was named after State Senator Thomas Henry Ball in 1907. Thoma... 02/06/2007
Comments 9
<< Previous 1 2 … 14 15 16 17 18 19 20 21 22 Next >>
Explore Tomball, TX
Tomball, TX Real Estate Professionals