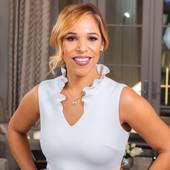 The Rise of An Empire, Let's Build Yours!

Mery Fernandez is not just a Real Estate Broker with an impressive background, she is also the mother of two lovely young ladies and wife to Juan Fernandez. Mery was raised in New York City, she and her family decided to move to Orlando in May 2003.

Upon completing her move and getting her family settled in their new home, Mery decided to start a career in Real Estate. The first job she landed was with a privately owned, local real estate firm whose customers were based in the UK. She was hired on the spot as an Administrative Assistant and in only 4 short months she was promoted to office manager. Mery was approached by the broker and encouraged to get her real estate license. After she accomplished her mission, the broker handed her the office keys along with the title of Branch Manager; this freed him up to pursue new construction projects and land development. Mery oversaw operations, managed and supervised all real estate transactions, Sales Agents, and employees. She recruited, interviewed and trained the employees and sales associates. While managing the branch office, Mery tripled the sales, expanded the client base and assisted the broker with the grand opening of 3 additional offices. When the market crashed in 2008, Mery negotiated short sales with a team of agents.

In 2010, one of Central Florida largest Real Estate firms hired Mery to assist and conduct interviews for new agents as well as processing hundreds of transactions per month. This made Mery such a powerful asset to the company, her employer encouraged Mery to obtain her Brokers license. She took the opportunity presented to her and naturally she passed!

Mery's reputation continued to grow and three years later, Mery was recruited by a competing broker. She was offered a position as the contract manager and managing broker in an office with over 400 agents. Shortly after switching brokerages, she discovered the company's standards were not as she expected. Mery found herself searching for a solution; she was looking for a way to fulfill her destiny. She wanted to make a difference in the real estate industry. Her husband, Juan suggested she open her own office. Reluctant to the idea at first, Mery eventually came around after Juan reminded her she had over 30,000 transactions under her belt, a unique background when compared to other broker's.

On June 1, 2014 an Empire was born! Mery opened her doors to Real Estate Professionals in the State of Florida. Today, Mery brings her knowledge and expertise to her agents through training and unsurpassed broker support. She is a non-compete broker whose passion is assisting the agents. Empire Network Realty is creating a new breed of Realtors. They offer their clients the highest level of professionalism, integrity and knowledge. She was able to do this thanks to the help, support and guidance of so many amazing friends, colleagues and family whom came together as one to help build an Empire!

Today, Empire Network Realty ranks the Top 25 Brokerages in Central Florida based on recorded sales on MLS. Also, we are home to many Top Producers recognized and awarded by their Board of Realtors. Although, individuals have tried to self-proclaimed credit for this astonishing record, the reality is our team and family at Empire has collectively earned this prestigious recognition thru hard work, experience and continuous efforts. Empire's pride is servicing our agents like no other, our model is....

This has proven success in assisting the agents build their Empire!

bookmark_borderbookmark
ActiveRain Community – over 4 years ago

bookmark_borderbookmark
ActiveRain Community – over 4 years ago