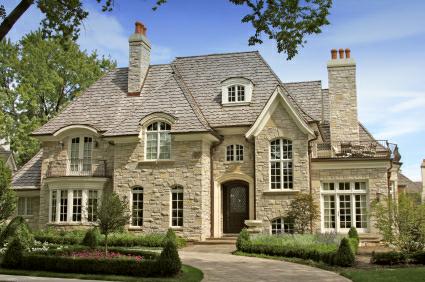 Get to Know Dan and Amy Schuman

Our Philosophy - Quality Vs. Quantity

We work with a fairly sophisticated clientele that demand a high level of hands-on service. Therefore, we typically work with only a limited number of buyers and sellers at any one given time.  Our focus is to always look out for the best interests of our clients.

We also seek to continuously educate ourselves in order to stay ahead of the curve in an always evolving real estate industry.

Being a husband and wife team gives our clients two full-time professionals each with specific areas of expertise and unique personalities. We both specialize in luxury homes and apply our training and experience in distinctive home sales to help you successfully buy or sell - no matter what your price point. Our associations allow us access to marketing resources not available to most agents.

Although we are business-minded, we do appreciate the personal side to our profession. We thoroughly enjoy helping our clients by being a good resource for them. Whether someone needs to find a doctor for their children, a good handyman, or just needs the name of a good local restaurant, we’ll be there to lend a helping hand. In fact, many of our clients become our friends, which is one of the greatest rewards of being in real estate.

We truly enjoy our work and strive to maintain a healthy balance between work and family life.  Read on to learn about Dan and Amy, your Schuman Team!

Dan has over 20 years experience in the real estate industry and has been involved in over 2000 transactions.  In addition to being a pricing specialist, Dan also holds the prestigious E-Pro designation, making him one of the area’s leading experts in the area of internet marketing.  The internet is the fastest growing and most essential marketing tool today and his proficient insider’s knowledge makes all the difference in successfully marketing homes for our sellers as well as finding just the right home for our buyer clients.

Dan's other interests include all kinds of exercise, nutrition and well being.  Dan holds a black belt in Tae Kwon Do and actively competes, winning both National and State gold medals.

Amy is a 2012 National Sales Excellence recipient and recognized as one of Howard Hanna's "best of the best".

She is also a professional Home Stager. To get top dollar in any market, your home needs to be presented at its best and Amy’s proven Staging techniques do just this. Our listings sell quicker than the average listing. It's one thing to watch a show on HGTV, but there is no replacement for the services of a professional.

Howard Hanna's Best of the Best

Amy takes you through a tour of Signature of Solon.

As previously mentioned, luxury homes are one of our strengths. We apply our specialized training and experience in distinctive home sales to help you successfully buy or sell - no matter what your price point. Our association with the Institute for Luxury Home Marketing allows us access to marketing resources not available to most agents.

While we service the entire Cleveland real estate market, no one knows Solon, our hometown, better than us.

Solon has been ranked the #1 Suburb in the area by Cleveland Magazine two out of the last three years. While Solon's reputation locally is well-known, Solon is also gaining attention nationwide as well.  In 2009, the city was listed by Money Magazine as 23rd in its list of "Best Places to Live in the U.S." The Solon School district also ranks among the nation's best. In fact, Solon was featured in Newsweeks list of top public schools in their spring 2009 issue.

Solon is a popular place to live for those relocating to the Cleveland area for many reasons. In addition to the top ranked school system, Solon is also in close proximity to the airport and downtown, making it ideal for business executives. There are also more luxury homes in Solon than any other Cleveland area suburb. Here is a brief summary of some of Solon's most exclusive developments:

BRIAR HILL - With homes built in the late 1940's and 50's, this development offers old world charm on park-like 1-3 acre lots.  Boasting it's own pond for swimming and recreation, Briar Hill offers a bit of the country living in the heart of Solon. Homes prices range from $250,000-$500,000.

CHAGRIN HIGHLANDS - Chagrin Highlands was developed in the 1990’s and differs from many other subdivisions in that the homes here sit on at least 1 acre. The picturesque wooded lots and spacious luxury homes make this neighborhood very popular for those relocating to Cleveland from out of state, as well as local move-up buyers.

HERITAGE ESTATES - Homes in Heritage Estates were built in the 1990's. They have open floor plans and are considered large, with the average home being approximately 3500 square feet. The lot sizes are nice and often wooded as well.

HUNTINGTON WOODS - This well-situated central Solon development consists of two phases. Homes were built from the early 1990's with the last home being completed in 2000. This development has sidewalks, and is walking distance to the Solon Center for the Arts and nearby shopping. All homes here were built by Dinallo and Wittrup, custom home builders who are know throughout Solon for their high quality and customer satisfaction. Homes here range in value from $350,000-$515,000.

HERITAGE LANDING - Located conveniently off SOM Center Road, this subdivision consists of two housing styles. Part of the development contains single-family homes on about .5 acres built in the mid 1990's and range in price from $400,000-$550,000. The newer portion of Heritage contains cluster homes built after 2000 that sit on approximately .25 acres. Many of the homes here have master bedrooms on the first floor and are considered lower maintenance as the monthly fee associated with them covers lawn care and snow removal.

NORTH HILL - Unique development in the heart of North Solon.  With homes built in the 1960's and 70's, North Hill offers homes with unbelievable charm set on beautifully wooded 1 acre lots. A true neighborhood development in every sense boasting it's own pool, tennis courts, and calendar of social events just for North Hill residents. Not your typical Solon development. Prices range from $375,000-$575,000.

THE PRESERVE - Like many other large subdivisions, The Preserve was also built in two phases with most homes here being built in the early to mid 1990's. A large development with sidewalks, homes here range in value from $350,000-$550,000.

ROLLINGBROOK -- One of the most distinguished developments in Solon boasting homes on at least 5 acres of land. The homes here were built in the 1980's and are priced from $650,000 + but rarely come up on the market. Located next to Signature of Solon, this development is truly a gem of Solon.

SIGNATURE OF SOLON - Signature of Solon is a prestigious gated community consisting of two phases and has 354 home sites, ranging in price from $600,000 - $1,000,000+. Homes in Signature have all been built within the last 8 years with some new construction and lots still available.

Membership to Signature Country Club is a requirement for anyone buying a home in Signature of Solon. Signature has a professionally designed 18 hole golf course, tennis courts, a pool, and one of the largest clubhouses in the state allowing for casual or fine dining, private rooms for intimate dining, or large rooms perfect for wedding, bar-mitzvahs or large corporate gatherings.

THORNBURY - Thornbury is a picturesque upscale non-golf course community with over 250 newer homes situated on beautiful lots of at least .5 acres. Home prices range from $550,000+.All homes in Thornbury have been built within the last 8 years with some new construction and lots still available. Sidewalks and location make this a very desirable community.

TIMBER TRAILS - While there are only 39 homes located here, it is a very popular neighborhood. Homes in Timber Trials were built in the mid 1990's and have open floor plans and modern amenities. While it is not considered a luxury home development like Signature or Thornbury, the homes here have a lot of the same features, but are more affordable.

We have an entire library of videos of Solon Ohio neighborhoods.

Howard Hanna Best of The Best