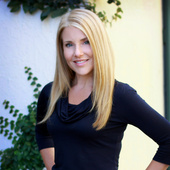 Get to know Jennifer Crawford

Jennifer Crawford is a local real estate expert with over 13+ years of sales experience and has achieved multi-million dollar sales status.  Her team’s availability to answer your questions about your real estate needs or activity in your neighborhood is without comparison!

Attending Corporate Real Estate Management Academy has provided her with in-depth industry knowledge to successfully run her business at a higher level, providing clients with exceptional real estate service. She is extremely energetic and focuses that passion on providing her customers with giving them a 10+ experience with full service real estate needs.

Personally, Jennifer is committed to participation with her Church Organization and Coldwell Banker's Charity Events.  She is a foodie, loves the beach, boating, reading, fishing, and kayaking!  (Oh, and LOVES to travel!!)   She looks forward to speaking with YOU soon!

ActiveRain Community – over 8 years ago

Helping Homeowners in Distress with Mortgages....

ActiveRain Community – over 10 years ago

Article on "How to Protest Your Property Taxes & Win"

Money Magazine has consistently ranked Jacksonville as one of its "Top 10 Best Places to Live." At 840 square miles, Jacksonville is the largest city in the continental United States. Jacksonville residents recently approved a $2.2 billion comprehensive growth management plan called the Better Jacksonville Plan that provides road and infrastructure improvements, environmental preservation and targeted economic development, and new and improved public facilities which includes a new sports and entertainment arena, equestrian center and baseball stadium. Entrepreneur magazine ranked Jacksonville second in its "Best Big Cities for Small Business." With a median age of 34.4 years, Jacksonville is the "youngest" major city in Florida! In its January 2002 issue, Expansion Management magazine ranked Jacksonville as the #1 "Hottest City" in America for business relocation. Jacksonville has ranked in the top ten for four straight years and is the only city to be ranked #1 twice. Newcomers to Northeast Florida will discover that this region offers a blend of artistic, cultural and historical experiences that enrich our quality of life. We are often called Florida's First Coast. It was here the first European set foot on Florida soil, the new world's first European generation was born, the first fortress was built, the first river explored, and the first railroad established. Jacksonville is host to many events throughout the year, including free public festivals celebrating jazz, blues, country music, shrimp, seafood and the arts. Home to over 68 golf courses, Northeast Florida is a golfer's paradise with nearly 1,300 holes of golf to challenge players of all skill levels. The region's courses are designed by the world's best including Dye, Fazio, Nicklaus, Palmer, Ross and Weed and host world renowned tournaments such as the Tournament Players Championship (TPC) at Sawgrass. The city of Jacksonville operates the largest urban park system in the United States, providing services at more than 350 locations located on more than 6,000 acres. The Timucuan Indians were the actual first inhabitants of the Jacksonville area. In 1513, the Spanish, led by Ponce de Leon, arrived on Florida's first coast in search of The Fountain of Youth. The Spanish built a settlement in nearby St. Augustine in 1565. St. Augustine is the oldest city in the United States, established 55 years before the Mayflower landed in Plymouth, Massachusetts. Jacksonville has an average of 220 sunny days a year! Because Jacksonville is further west than coastal points to the north and south, it is Florida's least hurricane-prone coastal city. Lynyrd Skynyrd and Limp Bizkit started their bands in Jacksonville. Ray Charles, who sang America the Beautiful at Super Bowl XXXV, was born in Jacksonville. Charles E. Merrill, founding partner of the Wall Street brokerage house Merrill-Lynch, was born in Jacksonville. On November 22, 1901, Jacksonville hosted the first college football game to be played in Florida. Seven players in the AFC and ten players in the NFC graduated from Jacksonville high schools. Jacksonville was once the "Hollywood" of the silent film era with more than 300 silent movies made here in the early 1900's. The first ever Technicolor film, The Gulf Between, was filmed in Jacksonville in 1917. The Jacksonville International Airport is the 4th fastest growing airport in the US (based on the 100 largest airports) and the fastest growing airport in Florida.

*Expansion Management magazine has named Jacksonville one of the top 10 hottest cities in each of the eight years it has been conducting the survey. Jacksonville was No. 8 in the 2006 edition, according to the magazine's Web site, No. 10 in 2005, No. 3 in 2004 and No. 1 in 1999, 2002 and 2003. The magazine, used by executives looking to expand or relocate their businesses, surveyed leading site selection consultants.

If someone asked you if you wanted to visit the country's largest city by land area, you would probably start packing your bags for Los Angeles or New York City, or even Chicago, Houston or Atlanta.  The only problem would be that those cities would not be where you are going.  Instead, you would be on your way to Jacksonville Florida.  You might also be surprised to know that after New York City and Philadelphia, Jacksonville is the most populated city on America's east coast.  The city is also the financial and insurance hub of Florida and home to several U.S. Navy bases.  Jacksonville travel has blossomed in recent history, and the city is well served by a number of Interstate Highways and major U.S. Highways.  The newly added cruise port has joined three other modern seaport facilities to help establish Jacksonville as a shipping giant.  The city is also well served by the Jacksonville International Airport, which lies just a 15-minute ride from downtown.  Travelers can find a flight to Jacksonville from most major American cities, and popular Orlando is just 45 minutes away by air.

Jacksonville Florida rests just 25 miles south of the Georgia border and enjoys positioning along the St. Johns River.  It was founded in the year 1791 as a settlement, originally carrying the name of Cowford, due to the fact that cattle were previously driven along the area.  In 1822, the city changed its name to honor seventh President Andrew Jackson, who had served as the Florida Territory's first military governor.  Due to its prime location, however, Jacksonville had already had a long history before then.  In the early 1560's, the area of present day Jacksonville was settled by French explorers who established Fort Caroline there.  However, this settlement attempt would be short-lived.  Spanish forces would go on to obliterate the French fort, effectively ending French colonization attempts along the New World's east coast.

Jacksonville Florida earned a reference as the "Winter Film Capital of the World" in the 1910's, as over 30 silent film studios made their bases there.  Jacksonville's film heyday may have passed when film makers made their eventual moves to Hollywood, California, but film fans will still enjoy the Jacksonville Film Festival, which takes place in May.  The city also hosts the nation's second largest jazz festival every year in April.  Jacksonville travel is ideal year round, with temperate weather in the winter, pleasant spring and fall temperatures and hot summer days that are ideally spent at the wide and sandy Jacksonville area beaches.  The city is surrounded with natural beauty, offering nature trails for walking and wildlife watching and plenty of water to explore whether fishing or simply pleasure-cruising.  Visitors to this great southern city will find ample choices among Jacksonville hotels ranging from upscale area resorts to charming Florida bed & breakfasts.  Jacksonville Florida dining certainly features fresh seafood from the nearby Atlantic, but you'll also find plenty in the way of savory steaks and southern-fried chicken.

Jacksonville travel is growing in popularity and the addition of the city's JAXPORT Cruise Terminal has added a list of Jacksonville cruises that service Key West and the Bahamas.  Visitors to northeast Florida will find plenty of options for things to do in Jacksonville, including various cruises within the city, an array of museum options, fine Florida beaches, the country's largest urban park system and so much more.  In nearby Ponte Vedra, golf enthusiasts will find the most recognizable of all Florida golf courses, TPC at Sawgrass.  This famous course joins an array of other quality golf courses in the area to make a golfing vacation here ideal.  In fact, the PGA tour makes its headquarters in nearby Ponte Vedra, and golf fans can find the World Golf Village and the World Golf Hall of Fame in nearby St. Augustine.  St. Augustine is just a half-hour's drive away, and other exciting day trips from Jacksonville could include Daytona Beach, the Kennedy Space Center, Savannah, Georgia and Florida's beautiful Amelia Island.