Memorial Day Tribute to Wounded Warriors 5/27/12 in The Plains, VA

2 Comments
FHA's Holiday Gift to Investors and Home Buyers In an effort to stabilize home values, the FHA announced the extension their anti-flipping regulations until December 31, 2012 in FHA press release No. 11-292.  This is great news for legitimate investors and home buyers.  Normally the FHA prohibits...

2 Comments
Please have a safe and happy 4th of July.

0 Comments
Uncommon Common Sense from FHA regarding Consumer's Disputed Credit FHA has issued new guidance to the Homeownership Centers on the treatment of borrowers with disputed accounts on their credit reports. For FHA loans the dispute status does not need to be removed if the account is any one of the ...

0 Comments
Phone Carriers Offering Free Calls & Texts to Japan Many carriers, including Verizon, Sprint, AT&T, Comcast, Cox, MetroPCS, Time Warner Cable, T-Mobile, ChatTime (iphone app) and others have announced that calls and/or texts to Japan will be free on their services. Most are through the end of Mar...

Prayers for Victims of Earthquake and Tsunami

0 Comments
Our thoughts and prayers go out to the people of Japan and all of those impacted by the Earthquake and Tsunami.  If you wish to help, the Red Cross is a first responder in disasters such as this with humanitarian aid.  Visit their website for more information on how you can help. 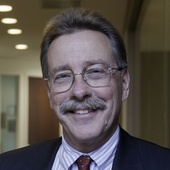