Why I Sometimes Hate Salespeople Even Though I love Them

0 Comments
In a recent search, I noticed a post by another brokerage firm about a relationship with RealtyTrac that was promulgated by their national franchise. . It reminded me why I hate salespeople sometimes. This post would indicate to a real estate consumer that the agent and firm had some benefit thr...

Take a Pittance of Time

0 Comments
For Memorial Day, a Canadian Song that is still appropriate - Have a Great Holiday - and remember those who allow us to celebrate it in Freedom!

0 Comments
Memorial Day is a fun time, but also a time for reflection. To continue with my policy of avoiding double posting, please visit my other blog at Move Philly

1 Comments
On Friday, May 9th, Century 21 Advantage Gold held its first ever 21K Gold AdvantageAwards Breakfast at Brookside Manor in Feasterville PA. Agents from a variety of companies who had sold qualifying 21K Listingsparticipated in a fun contest where Lorrie Scott of Prudential Fox & Roach - Jenkintow...

0 Comments
I recently blogged about the Philadelphia Real Estate Market on my MovePhilly Blog and the issue of perception that so many consumers have regarding what they thing the market is and what the market actually is - Instead of restating the issue, you can either link to that blog or to my original p...

So Now we're going to have an e-team

1 Comments
In an effort to create a specialist agent who uses technology to communicate with the consumer, our company, Century 21 Advantage Gold is creating an "E-Team" group of agents. I wonder if any other companies have tried to do that and what success is seen from the agent perspective. I would be ver...

0 Comments
The 21K Gold Advantage program gives agents a big reason to sell the 21K home: great odds at winning $21,000. The costs to you as the homeowner are minimal compared to the benefits you receive.How It Works for AgentsCheck it out at www.c21ag.com Any agent who sells an exclusive 21K Gold Advanta...

0 Comments
PHILADELPHIA, PA JULY 13, 2007-- Kimberly Schreiner of Century 21 Advantage Gold has successfully completed the REALTOR e-PRO course to become one of a select few real estate professionals to earn the prestigious certification offered through the National Association of REALTORS.®   Kimberly is a...

0 Comments
PHILADELPHIA, PA, July 16, 2007 - CENTURY 21 Advantage Gold reported today that in an ongoing effort to help raise awareness and funds to support Easter Seals south eastern PA, it raised more than $4,700 for the charity by participating in the area's annual Easter Seals Walk With Me fundraising e...

I get to Meet General Colin Powell

1 Comments
CENTURY 21 Advantage Gold CEO William Lublin met General Colin L. Powell at the 2007 CENTURY 21 International Convention held at the Mandalay Bay Resort & Casino. Powell was this year's Keynote Speaker, touching upon the topics of leadership, America, and government. Lublin was part of a select g...
Previous 1 2 3 4 Next
Back to Top Archives
Rainer
17,935 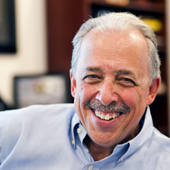