Quote of the Week

0 Comments
Real Estate in Crestview, Florida is picking up! Detached Single Family homes under contract from March 1, 2009 til March 19, 2009, the number is.....64.   "Most folks are as happy as they make up their minds to be." Abraham Lincoln

0 Comments
We made it back this week from Orlando convention.....hurricane Fay was just behind us.  Thanks for all the support and comments.  I'm new at blogging so this is new to me.....hang it there.  I believe this is a great new tool to and the new wave of technology.  About me....I have a 23 year daugh...

18 Comments
I have never blogged before so you'll have to hang in there with me an no I'll get there eventually.  We joined forces with Tammy Henderson a leading commercial agent and formed a new commercial team and are extremely exicted about.  Our team has gone to Orlando to commercial convention, to bring...
Back to Top Archives
Rainer
2,604 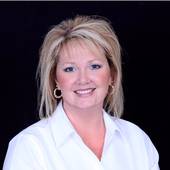