0 Comments
October 2012 California foreclosure Cancellations were up 62.1 percent from the prior month, and 36.7 percent compared to last year. While this is not the first time Cancellations have spiked, this is the largest one-month increase since we started tracking foreclosures in September 2006. It seem...

Thumbs up Wells Fargo for Giving Locals a Chance

0 Comments
This home just came on the market and it is owned by Wells Fargo and they are allowing primary home owners a first chance to purchase-awesome for locals! Property is sold AS-IS including any existing appliances,plumbing,heating and air conditioning and electrical systems. Offers will not be cons...

Jackson, Vail, Park City, Idaho-look what Tahoe has that you don’t!

0 Comments
Big old snow plows that will be visiting your neighborhood really soon-already four inches on my deck here in Al Tahoe. Storm started at 4pm and now it is almost 7-here comes winter. Thanks Mother Nature!

Commercial Air Service will Return to Lake Tahoe in the Future

0 Comments
I have to give our local log guy, Larry Jackson a plug. He is such a nice guy and does top notch work whether its a complete home build from scratch or a repair to an old historic cabin. I spent some time with him yesterday and it was really neat and a great learning experience getting to see som...

0 Comments
In the last 24 hours 6 inches of snow has fallen at lake level here on the South Shore and more is coming!

The residential market clearly has taken a sharp turn for the better.

0 Comments
The residential market clearly has taken a sharp turn for the better. The year-old state NV law — everyone knows it as AB 284 — that dramatically tightens the documentation standards on foreclosures is playing a critical role in tighter inventories. Lenders are sufficiently spooked by the law, wh...

0 Comments
ZEPHYR COVE, Nev. (Oct. 11, 2012) – Home sales have continued to rise around Lake Tahoe, where there was a 37 percent jump in units sold and a 16 percent rise in sales volume, according to a quarterly report released by Lake Tahoe-based real estate company Chase International. Homes under and ove...

There has been a 10% price Appreciation on the Lower End 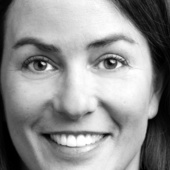