By League City, TX - Worrell Team, REALTORS, GRI, CNE
(RE/MAX 1st Class)
League City residents know that the traffic on 45 can be ridiculous, sometimes for no identifiable reason at odd times of day, but I experienced a new first with Clear Lake Area traffic last week. Real estate was literally stopping traffic. I was traveling north on 45 near Baybrook Mall, and there was an extreme slow down just north of the mall. There was no accident or stalled vehicle, but when I passed the mall, I realized that traffic was slowing down because the real estate developers of the most recent shopping center had installed a sign announcing the businesses that would be coming soon, and everyone wanted to find out what they had to look forward to.The sign announced that REI, Container Store, Dick's Sporting Goods, and a couple of other businesses would be coming soon. Those... 08/16/2016
Comments 0

By Deborah Bly, RE/MAX Realtor
(RE/MAX Space Center)
League City Housing Market 2nd Quarter: year over year comparison.A 2nd quarter year-over-year review of the League City housing market shows a slight, but continued boost to housing activity as new listings entered the market.According to the data for League City (pulled from the Houston Association of Realtors (HAR), a total of 526 homes sold in the 2nd quarter ending June 2016, compared to 508 a year earlier (2015) - statistically up 3.54%.League City Home prices VS Houston:The average League City sales price bumped up 3.40%. The total price increase reported in HAR, *Houston MLS was up 2.7% in the year over year comparison.Days on Market:    Also of note:  although average days on market for League City homes is shown as 41.83 days… the average time on market for properties $200,00... 08/02/2016
Comments 1 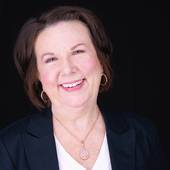 By Kate McQueen, Tailored service for your real estate needs!
(Realty Associates Texas)
League City is growing fast and it's sometimes difficult to find the right rental home at an affordable price. League City lease homes typically start at around $1300 but listings at that price range are harder to find (rates may vary). Students living in League City attend Clear Creek ISD schools, but it's important to check school boundaries before making a choice on a rental home, as school boundaries sometimes change across neighborhoods.  There are a number of day care facilities and private schools in the area, along with medical facilities including UTMB Specialty Care Center at Victory Lakes,  and Clear Lake Regional Medical Center.League City amenities include Helen Hunt public library, a community pool, parks including League Park in the downtown Historic District, and nearby ... 04/29/2016
Comments 0