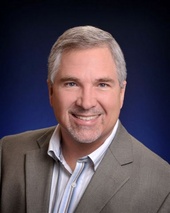 By Pat O'Reilly
(RE/MAX..214-289-6176 Irving and all of Dallas Fort Worth)
PatOHomes.com stops your surfing for the best realtor or realtors in Irving, Texas by providing you with a relationship based on trust and experience. Click on Homes for sale in Irving Texas for information on every listed home in the city. Irving Texas at a Glance International access and hometown charm make Irving Texas a great place to live and do business. Strategic location. * In the center of the North American continent * In the heart of the Dallas/Fort Worth Metroplex * Central time zone * Easy access to U.S. and the world Vast transportation network. * Home to Dallas/Fort Worth International Airport * Crisscrossed by five major highways with links to four interstates * Commuter rail service * Light-rail service to arrive in Irving by 2011 and at DFW Airport by 2013 A world-clas... 12/27/2008
Comments 0

By Pat O'Reilly
(RE/MAX..214-289-6176 Irving and all of Dallas Fort Worth)
Patohomes.com specializes in Irving Texas Real Estate. Click on Homes for Sale in Irving to see every home listed in this great city..... Irving Chamber Of Commerce December Update DALLAS BUSINESS JOURNAL RECOGNIZES SEVERAL IRVING BUSINESSES. One of the largest public relations companies in the Metroplex is Cooksey Communications. One of the largest advertising firms in the Metroplex is Numantra, who is updating the Chamber’s website set for unveiling before year-end. Irving-based Archon Group, the financial asset and property management subsidiary of Goldman Sachs, was recognized as the Large Company philanthropist for its generous support of CASA. Conley Group, and architecture and engineering consulting firm, was recognized as the Small Company philanthropist for its generosity to Op... 12/27/2008
Comments 0

By Donna Harris, Realtor,Mediator,Ombudsman,Property Tax Arbitrator
(Donna Homes, powered by JPAR - TexasRealEstateMediationServices.com)
Did you know that Texas gets earthquakes?  I've been here more than 24 years, and I don't ever recall hearing anything about earthquakes.  Maybe it's because they don't strike North Texas... until last night!  Last night, around 11:30pm and again after midnight until 3am, there were several earthquakes at the Irving and Grand Prairie border.  The largest ones coming in at 2.6 and 3.0 on the ricter scale. These are the very first earthquakes to ever be reported in the DFW area.  In the past, there have been other earthquakes that happened elsewhere that were felt in parts of Ft Worth and Denton, but no other actual eathquakes in the area. There have been many reports as to what this felt like.  I heard on the news this morning that most said it felt like an explostion with no sound. Only... 10/31/2008
Comments 3

By Rick Riddell, Manager, REW™
(Weichert, Realtors - Watson & Associates)
I attempted to vote yesterday.  I left the office around 2:30pm figuring it would be a good time since I would avoid all of those that decided to vote during their lunch hour.  The closest polling place was at the Valley Ranch Library  - The Valley Ranch Library is located at 401 Cimarron Trail on the corner of Cimarron Trail and N. MacArthur Blvd., in Irving. When I arrived (it was easy to find as you could see the dozens of political "vote for me" signs stuck in the ground everywhere!  But to my surprise, when I entered the library there were approximately 30-40 people in line waiting for their turn.  So I decided to try another time. Plan "B":  Try going to vote on my way to work in the morning.  I left home at around 8:30am.  Well, I returned to the polling place, 3 people ahead ... 10/29/2008
Comments 5 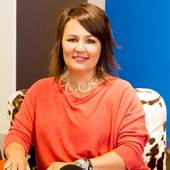 By Karen Otto, Plano Home Staging, Dallas Home Staging, www.homes
(Home Star Staging)
Greetings Home Stagers and Interested Parties, I know many of you have already received information regarding theDallas Ft. Worth Texas November 18th Staging Roundtablebut I've been asked to have any participants who would like to attend to RSVP via the RESA event calendar. You do not need to be a RESA member to do so. This will help me keep track of who has RSVP'd as well as if you will not be able to attend as the event draws closer. Also, RESA will send updates and information directly to you which will facilitate a faster flow of information. Below is the information regarding the Roundtable and a link to RSVP.  Please do not hesitate to contact me should you have any questions!   The Real Estate Staging Association (RESA) the Trade Association for Professional Home Stagers has anno... 10/16/2008
Comments 6

By Terri Hayley
(Plantation and Coventry Homes)
Are you interested in living in La Villita in Irving, TX? This is a prestigious community that's part of the Las Colinas Homeowner's Association near some of the best high-tech companies in Dallas. K. Hov has 3 inventory homes currently available and October is their fiscal year end. They are ready to rid themselves of excess inventory to make their numbers look as good as possible for 2008 sales. Darling Homes also has 3 inventory homes currently available. They are all 3/2.5. The last lot facing the lake is available now! Instead of building with K Hov or Darling Homes, you can build with a custom builder and have your home reflect your personal taste. The finish out also has more standards than either of the builders out there. We have one client already building with them and immens... 10/08/2008
Comments 0

By Karen Otto, Plano Home Staging, Dallas Home Staging, www.homes
(Home Star Staging)
I'm pleased to announce that the Dallas/Ft.Worth Texas SIF Roundtable co-sponsored by RESA is coming  November 2008. This event is OPEN TO ANY AND ALL HOME STAGERS regardless of affiliation or accreditation. It is also not exclusive to DFW area home stagers, anyone from around the state or even surrounding states are welcome to join us as we Stage it Forward with each other and our industry. As I get more details I will update the information. Doorprizes, giveaways and sponsors are being sought! Please save the date on your calendars now and if you would like to RSVP please do so by emailing me, Karen Otto, at karen@homestarstaging.com , the venue's capacity is limited to 50! Here are the details: Where:        CORT Furniture Rental Irving Showroom Conference Center Address: 250 W. Airp... 09/09/2008
Comments 7 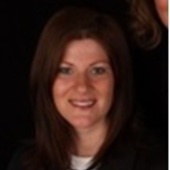 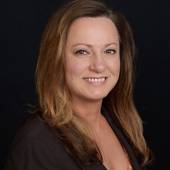 "Beauty by the roadside."

By Melody Botting, You Deserve The Best
(Broker Associate PenFed Realty)
I am always amazed at what I see on the side of the road.  Fortunately Texas has done a great job of keeping our highways clear of clutter.   They may be cleaner than ever before but that is not the only thing I like about them.  They also maintain natural beauty in the busiest parts of the cities. I am mighty proud of my state and pictures like this (I took myself) make me proud to be a Texan.  These were shot on 161 and 183 in Irving.   04/30/2008
Comments 21

Homes for Sale In Irving Texas

By Pat O'Reilly
(RE/MAX..214-289-6176 Irving and all of Dallas Fort Worth)
The city of Irving Texas continues to be the aggressor of first time homeowners and offer grants to mid to low income residents. Depending on the income level of the person and on the number of people in the family, you could be eligible for up to $30,000. Not a bad chunk of change for prospective Irving residents. You must apply for the grant before you sign a contract on a home. There are other stipulations. Look for more information at Fiscal Year 2007-2008 CDBG, HOME, AND ESG APPLICATION or email me and I will send it to you. Irving was recently named " One of the Most Technologically Advanced Cities in the United States". For more on this award click http://cityofirving.org/news-articles/Digital-Cities.html Pato in DFW 01/04/2008
Comments 0

By Jerry Schraeder
(Ebby Halliday Realtors)
Brand new Models near completion.  The buider  is willing to sell these 3 models and lease them back from the investor for 12 months fixed lease with another 6 months or so on a month to month basis.Builders from time to time call me with opportunities for individual home buyers or investors with the corporate OK to lower the price of new homes drastically for one reason or another or the willingness to sell off the models an lease the back from the investor for a period of time while they are selling the neighborhood.  One I sold to an investor is going on it's 3 year of lease back and has increased in value nearly 33% from purchase price.  The builders will sign a lease that allows for positive cash-flow during the duration of the lease back and the investor  realizes the equity gain ... 09/12/2007
Comments 0

North Texas Gets the 2011 SuperBowl XLV

By Donna Harris, Realtor,Mediator,Ombudsman,Property Tax Arbitrator
(Donna Homes, powered by JPAR - TexasRealEstateMediationServices.com)
The new "Dallas" Cowboy's stadium in "Arlington" isn't even built yet, and we have already won the bid for the 2011 SuperBowl XLV!!  How does that happen?  I guess the pictures of what the stadium is supposed to look like blew them away enough to not care that it's not built yet.I also wonder if the Cowboys will continue to be call the DALLAS Cowboys since the new stadium is in Arlington.  Granted, the current stadium is in Irving, which isn't Dallas, however, it is in Dallas County.  Arlington is not in Dallas County, it is in Tarrant County.  Will the start calling them the Texas Cowboys, or the North Texas Cowboys... We already have a stadium called the "Rangers Stadium in Arlington" which is a new name from the first which was "The Ballpark in Arlington".  Who comes up with these st... 05/22/2007
Comments 10
<< Previous 1 2 … 28 29 30 31 32 33 34 35 36 Next >>
Explore Irving, TX
Irving, TX Real Estate Professionals