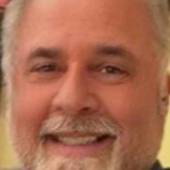 By Richard Stabile, Bergen County New Homes Builder Realtor
(Re/Max Real Estate Limited)
New home Upper Saddle River Ceiling design and Art These are pictures of ceiling art, as we call it. This double diamond coffer ceiling, with intermediate irregular octagon, is about 65% finished. It is in a new home, we are building in Upper Sadddle River New Jersey. The foyer great room are about 60 + feet and the ceiling work is that big. It is a very special piece of real estate. This is a truly custom home which I am building for a client and doing the interior design work. The house will have about 9000 square foot of living space. It will include a home theatre on the second floor and a open circlular stair case in the foyer. With many special features, I will show more of this home as it is completed.   View my new homes upper saddle river for sale   Richard 09/26/2008
Comments 2

By Richard Stabile, Bergen County New Homes Builder Realtor
(Re/Max Real Estate Limited)
Upper Saddle River new homes for sale to be built by Richard Stabile, Pascack Hills Properties LLC. This 4526 sq. ft. home on approx. 1 acre of prime real estate will have 4/5 bed rooms including a library with built in cabinets and separate den or maids room. Enter into a magnificent 2 story foyer appointed in Richard's tradition of extreme designs and finish. Walk thru to the 2 story great room with octagon layer coffered ceiling. Step into a formal dinning room with double inlay diamond ceiling with walnut French loop border floor. A state of the art custom kitchen with custom cabinets and custom cut and polished granite tops top of the line appliances. Selections include: 4" select oaks floors, marble foyer with inlays, marble master bath with cabinets built in the house as only TMn... 09/04/2008
Comments 0 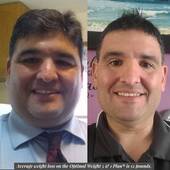 By Sal Poliandro - Helping People Win, Broker Associate
(RE/MAX Properties)
History of Upper Saddle River      Archaeologists have found evidence that prehistoric cave-dwellers lived in the Saddle River Valley as far back as 7000 years ago. Later, Indian Tribes migrated here and, finding the area unpopulated (the cave-dwellers had long since disappeared), called themselves the Lenape, or original people.      In the 1600s, European settlers began to cross the Hudson from Manhattan Island and make their way up into our area. The first to put down roots in what is now Upper Saddle River was Isaiah Valleau who, in the early 1700s, took title to 300 acres where the schools and the Borough Hall are now. Others soon followed, carting their possessions up rough Indian trails along the river. They set about clearing the land for farms and building shelters of local mat... 10/15/2007
Comments 0
<< Previous 1 2 3 Next >>
Explore Upper Saddle River, NJ
Upper Saddle River, NJ Real Estate Professionals