Do You Know How a Chino, CA Short Sale Works?? Read This...

By Todd & Devona Garrigus, Broker / REALTORS®
(Garrigus Real Estate)
Do You Know How a Chino, CA Short Sale Works?? Read This...   Each bank processes short sales differently, and we have had great success with many banks, but to better understand your individual situation and to decipher if you would be a good candidate for a short sale we would review your following information:     How many loans do you have on the property? If more than one loan, who are the banks the loans are with, or who are the mortgage holder(s)? Have you stopped making payments? If yes, how long ago? Have you attempted a loan modification? If yes, what is the status of the modification? Does the property have a HOA (Home Owner's Association)? If yes, are you behind on the HOA dues? If yes, how many payments missed? Is the property in a 55+ community? Was the property your pri... 08/18/2010
Comments 0 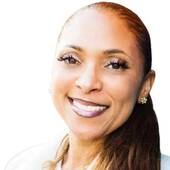 By Keisha Hosea- KASIHomes.com, Real Estate Solutions For Real People
(KASI Homes )
What are home sales like in Chino, California? The months of supply of homes for sale in Chino, CA shows a 3.4 month supply of homes to sell. From this time last year, the supply of homes for sale has decreased by 24%.   The supply and demand for homes in Chino shows us that while the supply is 1% and the demand for homes is down by 24% since last July. The median sold price for homes in Chino in July 2010 is up 5% since last July 2009 at $300,000. July 2009, the median sold price was only $285,0000. Good news around Chino, values appear to have increased over the past year.  The average days on the market has remained stable at 56 days average.       Keisha Hosea is a local Market Expert and Chino Hills Realtor with Keller Williams Realty. She is the Team Director and CEO of KASI Homes... 08/13/2010
Comments 0

Chino, CA Short Sales Made Easy... You Pay Nothing for Our Services!!!

Is it closed yet? How do You Survive BURNOUT?

By TODD PICCONI 909.908.7376 HELPING YOU FIND HOME., Patient, Persistent and Passionate About Your Move
(TODD PICCONI REAL ESTATE)
Have you ever had an escrow where you were hoping would be closing tomorrow so you wouldn't have to talk with the client again the day after?  I know!  SAD! I find it incredibly amazing right now that there is so much distress, or chaos or whatever you may want to call it that we are having to manage for our clients.  I literally feel like I'm working quadruple time and getting the same salary or less.  Have less time for myself, my friends, family and anything else that I want to do. What do you do you are spent/out of balance/worn out or burnt out? 1)  I breathe 2)  Surround myself in nature somehow if I can 3)  Listen to quiet music 4)  Cancel anything I can get out of for the rest of the day or tomorrow and schedule some time for Todd 5)  Realize that this is NOT my life...it's just... 07/17/2010
Comments 35

By David Hood
(Chino Valley Real Estate)
Norwalk CA Luxury Homes Deliver the Home Options You've Always Wanted If you've always dreamed of being able to live in one of the Norwalk CA Luxury Homes, now is the time to buy! The MLS contains 37 that cater to your every need. Whether you want a newer property in Norwalk, CA or a contemporary townhome, the user-friendly MLS has every high-class property that is for sale in this area. A plethora of luxurious design features are waiting to be discovered. From home theaters to sprawling floor plans, you can locate the high-end features in Norwalk, CA on our MLS.Find New Luxury Homes in Norwalk CA, Let Claudia Guzman Help New Luxury Homes in Norwalk CA in this area that offer the best of all home amenities range in price, from $350,000 to $800,000. Don't hesitate - skim through our det... 06/27/2010
Comments 0

By David Hood
(Chino Valley Real Estate)
Million Dollar Homes in Fullerton CA: Have the Absolute Best There are so many appealing single-family housing options to choose from, so why not look into the options of Million Dollar Homes in Fullerton CA? You love your family, and you know they deserve the best living environment. While you want to give everyone enough room, you also want a Fullerton, CA estate that can give you the opulence you've always wanted! Even those accustomed to luxury living spaces will find that the MLS is a great starting point. These properties homes range in price, from $1,495,000 to $3,750,000. From modern kitchens to sparkling swimming pools, you can locate the luxurious amenities in Fullerton, CA.Skim the MLS for Fullerton CA Luxury RealtyAfter a quick look at the no-registration MLS, you'll see th... 06/27/2010
Comments 0

By Cameron Novak, Featured Corona Real Estate Agent Team
(The Homefinding Center)
Free Short Sale Negotiation for Chino, California Homeowners Homefindinginfo.com's Top Rated Short Sale Agent for California is assisting Chino homeowners FREE OF CHARGE. My Short Sale Team assists hundreds of Southern California homeowners with their complicated situations and NEVER charge the homeowner for our negotiating services... Our fee is paid by the bank. Don't let foreclosure happen to you! My team will be the contact point for your bank. You will not have to take any more embarrassing phone calls. We can also negotiate to allow you more time in your home if you'd like. Behind in your payments? That's o.k. Let us stop the Foreclosure proceedings and give you time to make arrangements. Don't call just any "agent" for this important issue, you need a Short Sale Broker. Call me ... 06/19/2010
Comments 0

CHINO & CHINO HILLS, CA - SHORT SALES MADE EASY... & YOU PAY NOTHING FOR OUR SERVICES!!!

By Ila Josephs, Ila Josephs, Real Estate Broker
(Tarbell, Realtors)
The Chino CA median home price was steady in April, compared to March 2010, but down slightly from one year earlier, according to DataQuick, which compiles statistics from county records.  The service reported that 58 homes sold during the month of April 2010, with a median price of $300,000, the same as in March 2010; 11 condominiums were sold in April, with a median price of $155,000. Single-family home sales were down just 0.2 percent from April 2009, when the median home price was $301,000, according to the DataQuick report.  Seventeen Chino homes were added to those listed for sale during the week ending May 30, 2010, according to the Inland Multi-Regional Multiple Listing Service.  A total of 219 Chino homes were listed for sale in the MLS on May 30. Included were 112 single-famil... 05/31/2010
Comments 0 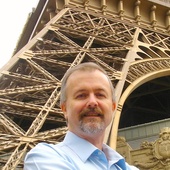 By Michael J. O'Connor, Eastvale - 951-847-4883
(Diamond Ridge Realty)
West Nile Virus found in Chino The West Valley Mosquito and Vector Control District confirms that mosquitoes collected from southwest Chino, near Euclid and the 71 freeway, are positive for West Nile virus.  Given current weather trends, the season's rainfall and the number of foreclosed properties in our region, the district is concerned that West Nile transmission rates may be higher this year than in previous years. Mosquito breeding sources include any places that stagnant water may collect which includes abandoned swimming pools, tires, buckets, birdbaths, flower pots and even discarded soda cans.  Make sure that you dump any standing water that you might find, defend yourself by repairing or installing window screens and use a mosquito repellent when outdoors. Symptoms of West Nil... 05/26/2010
Comments 7 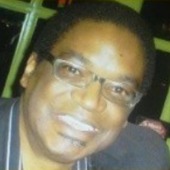 A Course on Entrepreneurial Ministry

By Ila Josephs, Ila Josephs, Real Estate Broker
(Tarbell, Realtors)
Eighteen Chino homes were added to those listed for sale during the week ending Jan. 26, 2010, according to the Inland Multi-Regional Multiple Listing Service and 17 Chino properties were reported as entering escrow during the week.  A total of 184 Chino homes were listed for sale in the MLS on Jan. 26. Included were 95 single-family homes. There were 89 condominiums, townhomes and single-family homes in home owner associations listed for sale in Chino on Jan. 26. The number of homes in escrow was 217.  The MLS showed 51 "standard" sales and 22 foreclosed, or Real Estate Owned, homes listed in Chino on Jan. 26; 99 others were in pre-foreclosure - listed as "in foreclosure," Notice of Default or Short Pay/Subject to Lender and 12 were listed as probate sales, or not identified by type.  ... 01/27/2010
Comments 0

By Caroline Chai
(RE/MAX Realty 100)
I often got calls from tenant inquiring about any rental that offers lease to own option. Lease to own is a great tool for landlord to get more money per month and have tenant take very good care of the property thinking that they will eventually own it. Nevertheless, it may be a very bad idea for tenant. Over the past few years, I kept on running into tenants who got themselves into a lease to own contract and the landlord lost the house due to foreclosure. Despite of the landlord's best intent at time of signing the lease to own contract to sell it sometime down the road, they may run into un-controllable situation that they can not fulfil their obligation to sell it in the future. Let's look at couple of scenarios: 1. Owner lost the rental property due to foreclosure. 2. Owner get in... 01/09/2010
Comments 3