0 Comments
October 21st, 2010 in CDPE by cdpe Wells Fargo says it has no plans to freeze foreclosures today or in the future. Since the beginning of the "robo-signing" scandal, where large banks allegedly processed hundreds of thousands of foreclosure documents improperly, Wells Fargo has maintained that it...

2 Comments
Forsite Development, lead developer for ReVenture Park, is teaming up with FCR Recycling on a new $30 million "Recycled Fuel" facility that will vastly improve Mecklenburg County's recycling rates and transform non recycling recoverable waste into a fuel that can be utilized to create renewable e...

1 Comments
Bank of America announced today it is in the process of lifting its foreclosure freezes in 23 states that require a judicial foreclosure proceeding. On NPR this morning, a spokesman said that the bank has approximately 195,000 non-performing mortgages that have not been paid in more than two year...

1 Comments
October 5th, 2010 in CDPE by cdpe 0 A recent study shows that 1 out of 5 American mortgages is distressed, and 11.5 million homeowners are in danger of losing their homes by the end of the year. Amherst Securities Group, LP, claims that recent industry data showing a slowdown in default rates is ...

0 Comments
Mountain Laurel is an active single family community located in the heart of popular Cabarrus County near everything young families desire, which will make this a great Live-Work-Play community. Recognized for its outstanding schools, accessibility, and new development corridors. Located within t... 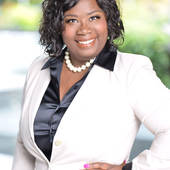