Like
Home > Blogs > Randy DeLaMare > Blog-Home
Working for you in Salt Lake City, Utah. Representing Buyers and Sellers. You need a Realtor that will represent you on your next Real Estate transaction. Helping clients and friends "Realize their Real Estate Dreams."
RECENT BLOG POSTS

Wordless Wednesday, Delicate Arch the other side

What happened to "Online members"?

9 Comments
It used to be when I logged in to Active Rain there was a number of members which at this moment is getting close to 130,000. There was also a number that said members currently online or something like that. Does anyone else miss that? Love it in the rain. So let it rain!

If the BCS was left to decide other things-

3 Comments
This Came today in an email and I just had to share it. If the BCS was left to decide other things-  After determining the Big-12 championship game participants, the BCS computers were put to work on other major contests and today the BCS declared Germany to be the winner of World War II."Germany...

Sugar is sweeeeeeeeeeettttt!!!! Congrats to the Utes

6 Comments
http://utahutes.cstv.com/sports/m-footbl/recaps/010309aaa.html University of Utah Utes Win the Sugar Bowl convincingly. What a great game! Barry Switzer said there is no way the Utes can play with Alabama. A few years back we named oujr new sewage treatment plant after Switzer, we call it the Bar...

0 Comments
I came acrossed a new virtual tour that is quite simple and looks great! CPG Tours. The pricing is good if you put up alot of tours pick the unlimited membership, you can put as many tours on as you wish. They have suggestions on other things you can do. I put a quick tour together for an area th... 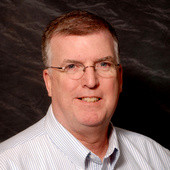