By Spokane Home Loans Spokane Mortgage
(Spokane Mortgage)
Is it the right time to refinance your mortgage in Spokane Wa? You may be able to reduce your monthly payments or reduce the life of your loan...by getting a lower interest rate or a new loan term. You may also be able to save even more if you use your refinancing to pay off credit card debt or other high interest debt. That's because interest on your mortgage is tax-deductible, and the interest on other loans is not.  There are a lot of mortgage companies in Spokane, so be aware and shop around. The only way to know if you're getting the best rate is to shop around. Discussing your loan with several Spokane mortgage companies is a great way to also learn about different kinds of loan programs and lenders.Some key reasons to consider refinancing: - Get a lower-rate mortgage.- Convert an... 04/24/2007
Comments 2 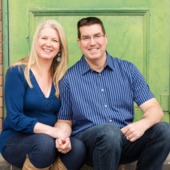 Spokane Mortgage Update | Melt down of the mortgage market

By Michael Mullin, NMLS 11911 - Branch Manager, FHA, VA, USDA, Conv
(Caliber Home Loans NMLS 15622, Originating loans in CA, OR and WA. )
A lot of acusations have been made by the media and our elected officials regards the "sleazy" tactics mortgage lenders have used in putting consumers into loans they can't afford or are not appropriate.What I don't hear is any Spokane consumers taking responsibility for their own actions.  As the manager of a mortgage unit in Spokane, I can tell you that our home buyers DEMAND these loan programs regardless our caution.  In addition, most  Spokane consumers have educated themselves just enough to be dangerous - You can spot them easily when the first words out of their mouth is "Hi, I want to apply for a zero down, stated income, interest only loan."  We aren't even given a chance to counsel most borrowers anymore.While the tightening of credit standards in the mortgage industry may in... 04/11/2007
Comments 5

By Doug Burke
(Windermere Real Estate / Valley, Inc.)
On June 30th and July 1st of 2007, Hoopfest will again take over the downtown area of Spokane Washington. First started in 1990, Hoopfest has grown to become the largest 3-on-3 street basketball tournament and family festival of its kind in the world. Participation in Hoopfest has increased every year, topping out in 2003 with almost 25,000 players on 6,245 teams. With players coming in from 42 states including Hawaii, Georgia, and Kansas, it now takes over 400 courts to house the 13,000 games.Hoopfest is home to every kind of baller there is: short, tall, college standout, rec league champion, intramural player, gym rat, AAU or YMCA participant. Hey, even if you haven't touched a ball since last Hoopfest or even longer, if you want to play, they want you to play. The youngest players m... 04/05/2007
Comments 3

By Doug Burke
(Windermere Real Estate / Valley, Inc.)
It's spring time in Spokane which means Bloomsday is just around the corner. The 31st Annual Bloomsday Fun Run is scheduled for Sunday, May 6, 2007. Bloomsday is a 12 kilometer (7.46 miles) run through the streets of Spokane Washington that attracts thousands of runners (and walkers) of every age from across the globe. At its peak in 1996, the spirited event enjoyed its highest participation with 61,298 people. Over the last 4 years, the event has averaged approximately 44,000 participants who range from some of the worlds most accomplished runners to wheelchair athletes, to families taking a leisurely stroll. After three decades, Bloomsday has worked its way into the fabric of life in the Inland Northwest. For most residents, it's impossible to imagine spring in Spokane without Bloomsd... 04/05/2007
Comments 0 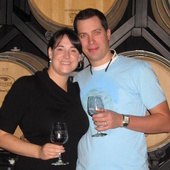 Who's The Big Winner?

By Brad Patshkowski, Home Loans Spokane, WA
(Heritage Home Loans a division of Mann Mortgage LLC)
This information was reported by Ryan Fuller, out of the Reality Times publication in Washington. Spokane Washington is in Spokane County. The Spokane County area is predicted to be in the top 10 areas for growth [ real estate appreciation ] this year nationwide. Inventory has risen from sustained hisoric lows of around 1600 homes non contingent to 2445 today. As a result purchasers have been enjoying the increased market selection.  Not too shabby for the middle of somewhere Washington huh? Bradskihttp://www.heritagehomeloans.org 04/04/2007
Comments 1

Protect Your Home While On Vacation...

By Doug Burke
(Windermere Real Estate / Valley, Inc.)
While You Are Away... If you were to take a "Vacation Planning 101" class, you would find things like maps and itineraries as part of the curriculum. But an equally important item for your vacation plan is a home security checklist. Before you pack your bags and head to the airport or jump in the car for a road trip, here are a few practical measures to keep your home safe—and give you peace of mind—while you’re away. Lock all doors and windows. Check your alarm system to make sure it’s working properly. Leave a phone number where you can be reached with a trusted neighbor, and let them know the dates you’ll be away so they can keep an eye on your home. Cancel your mail and newspaper delivery or have a neighbor pick them up for you. Give the appearance that your home is occupied by usi... 03/29/2007
Comments 0

We're Taking The Day Off ... For Community Service Day!

By Doug Burke
(Windermere Real Estate / Valley, Inc.)
Community Service Day 2007 Our work is not about houses. It's about people.At Windermere Real Estate, we're in the business of selling houses. But more importantly, we're helping people find a place they can call home. Our commitment to service extends beyond each real estate transaction. Every year since 1984, Windermere associates have skipped work for a day to complete neighborhood improvement projects.Not only is Community Service Day a great opportunity to give back to the communities where we live and work, it also gives us a chance to work together. We clean, landscape and repair parks, playgrounds, schools, shelters and community buildings. Each office selects a project that best serves its community needs.After all, real estate is rooted in our communities. And an investment in... 03/13/2007
Comments 5

Homebuyer Tip - "As Is" sale

By Spokane Real Estate - Aaron Mallo
(Soleil Real Estate Partners)
What is an "as is" sale? An "as is" property is sold without a warranty as to condition, repairs, or structure.  With an "as is" sale, the buyer is on notice that the seller makes no promises regarding the property's physical status.  With an "as is" sale, it is extremely difficult to make a claim against a seller if something is found to be wrong with the property after closing.  "As is" clauses should be seen as an absolute requirement to make the transaction contingent on a professional inspection "satisfactory" to you.  With a properly written sale agreement contingency, if you are not satisfied, then the deal is dead and you can get back your deposit in full.  03/10/2007
Comments 2

By Doug Burke
(Windermere Real Estate / Valley, Inc.)
A local businessman plans to create a community of garage condos for car buffs who need a place to hang their tools. Bill Hockett, president of Critical Data Inc., recently purchased six acres on the Spokane West Plains for Gasoline Alley Country Club. The land is on Flight Drive, off of U.S. Highway 2, next to Triumph Composite Systems Inc. The retro-themed community will feature 64 garages that boast individual patios and a town square for hosting car clinics. Buyers will choose from facades patterned after garages from the '30s, '40s and '50s, including options for stucco, wood and distressed metal finishes, Hockett said. ALSC Architects is designing the units, which will be about the size of a two-car garage. Shells will sell for $89,900. Finished units will include wet bars, floori... 03/05/2007
Comments 11

By Michael Kaufman
(XRE Real Estate)
Hi everyone!I just want to invite everyone to come see what they are missing! We are one of the last cities that still has a very affordable real estate market. Our average home price here is an unbelievable $156,000!! This will actually buy you a decent home here! If you're looking to relocate here, let me help you make your move! If you like you can send me an email with what you're looking for in a home and I will send you a list of available properties. Look forward to hearing from you! And if you are a Realtor and are looking for someone to take great care of your clients up here, I would be more than happy to take a referal for you! 02/22/2007
Comments 2

By Brad Patshkowski, Home Loans Spokane, WA
(Heritage Home Loans a division of Mann Mortgage LLC)
Dear Friends,           I have been a Spokane Washington native my entire life.  Though I have lived in the outskirts, such as Spangle, nowhere is as comfortable as Spokane.  Growing up as a teen, everyone was always cursing Spokane as "a place with nothing to do".  We thought that being a town of over 500,000 people, their would be some kind of "Big City" activity.  But what young people, and a lot of older people do not understand is that Spokane is going through it's "Teen Years".  It is in those years that people and cities gain their identity.  They discover who they are, and who they want to be.  New Orleans is the "Birth of Jazz".  Portland is the "Art and culinary epicenter of the northwest".  Cities, once they get to a certain size usually have an attatched identity by their ... 11/20/2006
Comments 2

By Doug Burke
(Windermere Real Estate / Valley, Inc.)
We have been experiencing a very strong real estate market in the Spokane Washington region.  Home prices have seen a strong upward climb over the past few years and have resulted in a strong sellers market.  While the real estate statistics for the first part of 2006 have shown a slight cooling in the market, it has still been one the the best years on record. 07/22/2006
Comments 0
<< Previous 1 2 … 47 48 49 50 51 52 53 54 55 Next >>
Explore Spokane, WA
Spokane, WA Real Estate Professionals