By Tony Meier - EastsideHomesBlog.com
(Windermere)
Northwest MLS Brokers Report $35.4 Billion in Home Sales During 2006 KIRKLAND , Wash. (Jan. 23, 2007) - Members of Northwest Multiple Listing Service fell short of matching the 2005 record for number of transactions in a calendar a year, but the dollar volume of sales they reported during 2006 was about five percent higher than the previous year.In its year-end summary report, Northwest MLS, which serves 19 counties covering about 80 percent of the state's population, logged more than 96,000 closed sales during 2006. Those transactions, which included sales of single family homes and condominiums, totaled more than $35.4 billion.Last year's volume, measured by number of units, amounted to a drop of about 6.7 percent from 2005. Despite notching fewer sales, the dollar volume grew by abou... 04/02/2007
Comments 0

By Tony Meier - EastsideHomesBlog.com
(Windermere)
Housing Activity "Rejuvenating" Around Western WashingtonKIRKLAND, Wash. (Mar. 7, 2007) - February housing activity began to show signs of a rejuvenating market, according to observations from brokers and the latest numbers from Northwest Multiple Listing Service.Figures for February show system-wide gains in both pending sales (offers made and accepted, but not yet closed) and sales prices compared to a year ago. Results were mixed among the 19 counties in the MLS service area, but together they reported a 4.8 percent increase in year-over-year pending sales for February.Prices for last month's closed sales of single-family homes and condominiums jumped 14.4 percent from twelve months ago. The median price for last month's completed transactions was $324,000. That was $40,800 more than... 04/02/2007
Comments 0

By Tony Meier - EastsideHomesBlog.com
(Windermere)
2006 Cost vs. ValueHome Remodeling Projects - Seattle AreaThese figures were just released by Remodeling Magazine concerning a cost vs. value survey done in the Seattle area. The survey compares the cost of 11 popular home improvements with an estimate of the projects recouped value in a one year resale scenario. One thing I want to emphasize is the location of the home is still the key factor in return on investment. If you put more money into the home than the area will support then you run the risk of diminished return on your investment in the remodel. I would be happy to help you calculate the feasibility and merits of any future remodel projects.Minor Kitchen Remodel   Project Description: In a functional but dated 200-square-foot kitchen with 30 linear feet of cabinetry and count... 04/02/2007
Comments 0 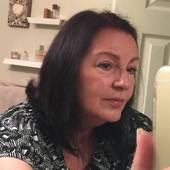 By ARDELL DellaLoggia
(Better Properties Seattle )
Last year I had a lot of techie clients.  I work well with techie clients because when their excel spreadsheets start pointing them in the wrong direction, we can analyze their data using my expertise in the field, and start shifting things in the right direction. Data is great...but it only goes so far.  We analyzed tax values.  In the Seattle Area tax assessed value is VERY important.  In some areas of the Country, tax assessed values are worthless indicators of value.  But here in the Seattle Area, that is not the case.  The analysis of tax assessed value mulitplied by the correct factor for each neighborhoold is awesome stuff here, not failproof in and of itself, but awesome!  In fact when I first heard someone using that method, I gave him a $100 gift certificate to The Blu Water ... 01/14/2007
Comments 2

By ARDELL DellaLoggia
(Better Properties Seattle )
One thing I've noticed over the years is that agents who sell 5% of the homes I do, run out of business cards BEFORE I do.  Seemed pretty odd to me. Your number one job when speaking with a prospective client in person, is getting them to ask for your business card.  Find something they need that you have.  Be of value to them.  If you meet someone at an Open House, DON'T hand them your business card unless they ask for it.  As soon as someone says "Do I have your card?" and starts checking their pockets, or looks at the flyer and says "Is your info on here?"...you have come to a place where you skills and knowledge are truly needed by this person. Consumers are happy to meet someone who can help the, who is going to watch their back every step of the way.  Not a salesman shoving busine... 01/08/2007
Comments 7
<< Previous 1 2 … 8 9 10 11 12 13 14 15 16 Next >>
Explore Redmond, WA
Redmond, WA Real Estate Professionals