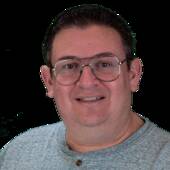 My Meeting with the Governor!

By Bill Sauneuf
(John L. Scott Real Estate / Yelm)
well, the future Governor anyway.... My Dad and I went to the Skagit Speedway this evening to watch the Coach Corral Season Championship Races. Dino Rossi came to the event too!  He seemed to be having a great time.  He was up in the announcing booth.  He waved the Green Flag to start one of the championship races.  He went around meeting people, shaking hands, and posing for pictures with people... I was one of them! We had a brief conversation. I said  "When you beat her again in this election, please make sure it counts!  Leave no doubt in the spread." Dino's response "We're going to finish what we started." That was really about it, other than the photo-op.  He's a nice man that came out to the track with two of his kids, Jake and Joseph, and had a good time.  He had my vote 4 year... 09/13/2008
Comments 7

Pictures from the Skagit Speedway Championship Round!

By Bill Sauneuf
(John L. Scott Real Estate / Yelm)
Hey Everybody, Maggie and I went to the Skagit Speedway last night for the Championship Round of the Skagit Racing Series.  Wow, what a blast!!  It was a great night of racing followed by a nice fireworks display sponsored by Coach Corral.The weather was great! The racing was great! No major accidents! Just a good time with great racing, the way it should be!Anyway, here are some of the pictures I took..... Enjoy.This is Mark, I caught one of the many shirts tossed from the race commontating building and decided to give it to Mark.... That big grin was well worth it!!The Season Champion Cars all lined up! 09/02/2007
Comments 3

Racing This Saturday Night - September 1st - at the Skagit Speedway!

By Bill Sauneuf
(John L. Scott Real Estate / Yelm)
Saturday Night September 1st will be Round 15 of the Skagit Racing Series. The 410s, 360s, SSm Hornets, and 1200s will all be on hand for this last night of racing.  It is the Coach CorralSeason Championships and Fireworks Extravaganza!Be there if you can!  Its going to be a blast!!!Click here to visit the Skagit Speedway web-site for more information, pricing, etc...  There are only 3 events scheduled after this in September, before the track calls it quits for the year:-  September 8    -  3rd Annual Skagit PowerSports Flat Track Motorcycle, Outlaw Quad and Kart Challenge-  September 15  -  3rd Annual Wilson Autobrokers US Hornet Nationals-  September 16  -  1st Annual Hornet 250, Enduro ** Fan Appreciation Day FREE ADMISSION ** - Yee Ha!  08/30/2007
Comments 0