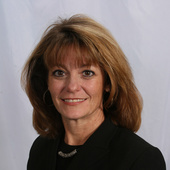 By Laurie Meacham
(Parker Real Estate Services P.C. (Logan Utah Real Estate))
As you know the real estate industry can sometimes be overwhelming, confusing and frustrating! Especially if you are just starting to step into the real estate market. I specialize in understanding my clients and their goals for buying real estate in Cache Valley Utah.  Buyers need someone who knows this area inside and out! I can work with you to find the right home at the right price for you, including all the neighborhood amenities that matter-not to mention the essential criteria you have for your ideal home. I like to make sure that my clients are educated and have all of the information they need to make smart real estate decisions. By providing all of the tools that are needed in the marketplace my clients feel very confident in their decisions "before" they make a decision. I am... 08/19/2009
Comments 0 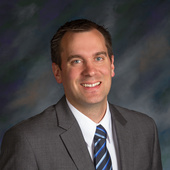 Buying a duplex in Logan, Utah? Here are your financing options...

By John Neil
(Bank of Utah)
Lately, I have been getting more and more questions from borrowers about their mortgage options for a duplex, triplex, or fourplex (owner occupied); and I think I know why...it's a no-brainer! I've even considered buying one myself. Think of the advantages...      - You get help with the mortgage payments and can pay the mortgage off sooner     - You can use the rental income on your loan application to help with the loan approval (75% of the average rent for the unit)     - You live right next door to your tenants making your job as a landlord much easier     - You can enlist the tenants help with the yardwork For those of you that are interested in buying a multi-unit property and plan to live in one of the units, here are some financing options...  -FHA Mortgage: FHA has a great adva... 08/16/2009
Comments 2

By John Neil
(Bank of Utah)
In the past, if you needed a mortgage for a condo or townhome, the lender would allow a borrower to get a loan with the insurance that the HOA provided and didn't require a supplemental policy.  This "blanket policy" usually covered the entire project and it usually only covered the exterior of the building and not the interior. For example, if the unit burnt down, the insurance would pay to rebuild the structure of the building but the condo owner would have to pay for the interior (e.g. sheetrock, cabinetry, floorings, etc.). It has always been recommended that condo owners get this extra coverage for the interior but it was never required.  That is all changing however and now lenders are starting to require that extra policy to insure the interior (all of my insurance agent friends ... 08/13/2009
Comments 3 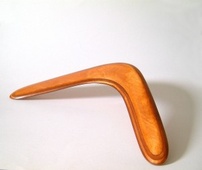 By Alan Barker
(Boomerang Leads)
One of the most frustrating things for potential buyers entering the home buying experience is that they can't get hold of a Realtor to show them the homes they want to see. Let's be honest, today's home shopping experience involves getting a very good idea of what you are interested in looking at by viewing online real estate listings.  At this point in the home buying process, buyers don't usually realize the convenience and importance of using a buyers agent. One agent who will represent the buyer through the entire home buying process. I get calls all the time from people who say they've tried talking to several different Realtors, none of who answered their phones. I'm usually pretty good about answering my phone, but occasionally I am sleeping, out of service area, or left my cell... 08/04/2009
Comments 1

By Lisa Udy, Logan Utah Realtor
( Platinum Real Estate Group)
Quailbluff Homes In Logan Utah - Quailbluff in Logan Utah is a small community on top of Cliffside. Some of the homes in Quailbluff are some of the most beautiful homes we have in the Cache Valley area. If you want to live in Quailbluff, you should expect to pay for it. These luxury homes have some of the best views in the valley, and they aren't cheap.  Views include a great shot of First Dam, which sits just below Cliffside on the east side. Depending on where the home sits, you may also be able to see the entire Island, and most of the Luxury homes in Quailbluff have great views of the University.  One of the best traits of the Quailbluff neighborhood, is the small community, and the small amount of traffic. The neighborhood is a great place for kids to run freely, and not have to wo... 07/28/2009
Comments 2

Homes For Sale Near Lundstrom Park In Logan Utah

By Lisa Udy, Logan Utah Realtor
( Platinum Real Estate Group)
Lundstrom park is home to some of the best summer activities here in the Cache Valley area. If your family is into having fun then buying a home near Lundstrom Park in Logan Utah could be the right place for you.  The Lundstrom park area in Logan UT is close to Utah State University, and Logan Golf and Country Club. The area is just south of Logan Canyon, and North of the Univiersity. I have sold a lot of homes in the Lundstrom park area to college professors, college students, and investors. They all loved the location, which is probably Lundstrom's best quality. The location is spectacular. You will be close to town, but in a small neighborhood. You are close to First Dam to go swimming, fishing, and hiking with the family in the summer months. And you are close enough to the golf cou... 07/23/2009
Comments 4

Logan Utah Real Estate - Mortgages: "Should I lock or float?"

By John Neil
(Bank of Utah)
I believe that one of the worst things a loan officer can do is advise a borrower whether to lock or float. The loan officer that participates in this practice will almost always lose. Sure they might guess correctly a few times but ultimately this practice will come back to bite them in the butt. Predicting mortgage rates is kind of like trying to time the stock market, and nobody can ever time it perfectly. Instead of pretending to predict interest rates for their borrowers, good loan officers present the borrowers with the various options of floating vs locking for 15, 30, 45, 60 days, etc. and do so in such a way that the borrowers fully understand the risks of floating and the potential opportunity costs of locking. 06/30/2009
Comments 0

By Kaleb Kunz
Logan Utah Real Estate - Parade of Homes 2009 My wife, myself and another couple just spent today checking out the 2009 Parade of Homes for Cache Valley Utah....what a great experience!  As an agent I am constantly looking at homes on the market but I must say it takes a whole new meaning and I gain a whole new perspective by taking my wife with me. A couple notes on the Parade: 1. Both the home in Smithfield by Jeff Wood and the home in Mendon by Dan Hunsaker were both incredible! Not just large in size or in great areas....but the workmanship and layouts were immacualte.  2.  Visionary Homes and Kartchner both proved that you can still build a new home in a very accesible price range.  Both homes including lots were under the $200,000 range. I have been blessed to have been able to se... 06/27/2009
Comments 0 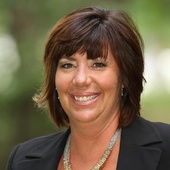 By Lisa Udy, Logan Utah Realtor
( Platinum Real Estate Group)
With the first time home buyer tax credit, and the potential for the $6000 new construction home run grant. Logan UT townhomes and Logan Utah condos could be a great buy. You can save up to $14,000 on your Logan UT townhome.  As of today, there are 54 active Logan Utah townhomes and Logan UT condos on the market. The average price of these homes is $122,409, with a low of $66,000 and a high of $189,900. To search for these condos, you can visit my website where you have access to all of the the most recent listings available. When you find a Logan UT condo you like, you can then save it to your favorite listings. If you can't find the perfect condo for you. You can also setup automatic listing alerts. So when the perfect condo comes on the market, you will be notified right away. To set... 06/09/2009
Comments 0

By Lisa Udy, Logan Utah Realtor
( Platinum Real Estate Group)
We started a scholarship program last January called: The Lisa Udy Team Excellence In Business Scholarship. Well, we have a winner, and I wanted to post her essay here on my blog. To win the scholarship, applicants were required to write a one page essay on the best reasons for living in Cache Valley, Utah.  The winner was picked by our local school board members and teachers at Logan High School.   Essay Written By: Erica Black @ Logan High School   Top 10 Reasons To Live In Cache Valley Utah   1- There is a large ethnic diversity here to experience. From the Indian Oven to  Cafe Sabor to Angies. There is a different culture to appreciate around every corner. 2- We are surrounded by mountains and all the beauty they have to offer. It doesn't matter what season you are in, there is alwa... 06/05/2009
Comments 5

By Lisa Udy, Logan Utah Realtor
( Platinum Real Estate Group)
The Logan Utah real estate market was the only market in Utah to have appreciating home values in the first quarter of 2009. According to an article written by The Salt Lake Tribune, Logan, UT had a home value appreciation of  +0.9%, which was ranked 57th in the nation. The state of Utah, however, was ranked 45th in the nation. Utah seen a drop in home values by -9.25%, with St. George having the largest depreciation at -13.1%.  In contrast, Northern Utah homes, compared to Southern Utah homes, are on opposite sides of the spectrum. Logan, UT homes aren't being affected as mush as the rest of the state. According to the article: "Only Alaska, Oklahoma, North Dakota and South Dakota saw increases in home prices -- and among them, only Alaska had a gain of more than 1 percent." - Salt Lak... 05/28/2009
Comments 0
<< Previous 1 2 3 4 5 6 7 8 9 10 11 Next >>
Explore Logan, UT
Logan, UT Real Estate Professionals