Allen, TX: The Face of Recreation

By Terri Pescatore, The Pescatore Team
(Coldwell Banker Apex, Realtors)
Allen's growth puts it on the map Collin County town has grown to 77,000 - from 19,000 in '90  10:39 AM CDT on Monday, June 18, 2007 MARY A. JACOBS/Special Contributor  The first time Theresa Brandt heard about Allen, she said, "Where?" And even after she and her husband bought a house there 10  years ago, friends and acquaintances  had the same response: "Where's Allen?" That's changed. Allen  had about 19,000 residents in 1990, but city estimates now put the Collin County city's population at more than 77,000. Allen is 23 miles north of Dallas. Young families are hearing about Allen and moving there. DARNELL RENEE/Special Contributor Theresa Brandt came to Allen for the schools for her children, Colson, 9, Kendal, 11, and Kate, 3. Before moving there, she was considering home-school... 02/19/2008
Comments 0

About Beacon Hill in Allen, TX

By Karen Wheeler
(Keller Williams)
Beacon Hill is a great place to live and raise your kids.  I have been a resident in Beacon Hill since 1997 and have enjoyed great friendships and great fun here.  Beacon Hill is a cozy neighborhood nestled between Twin Creeks and Watters Crossing, and consits of about 350 homes built by Drees and Highland Homes.  We have easy access to 75 and to 121.  All homes are within walking distance to Green Elementary School and in close proximity to Ereckson Middle School.  Beacon Hill has a neighborhood swimming pool, playground and picnic area.  Each year we have an Easter Egg Hunt, Halloween Party and Christmas Celebration. We have also hosted National Night Out and Back to School events for the neighborhood.  If you are interested in any information about Beacon Hill or Allen, Texas, please... 01/23/2008
Comments 0

By Terri Pescatore, The Pescatore Team
(Coldwell Banker Apex, Realtors)
Allen City of AllenAerial view of a scenic park site in Allen. DescriptionAllen is a residential community of about 72,000 people, located eight miles southwest of McKinney in southwestern Collin County, one of the fastest-growing areas in the United States. Allen is still growing, at an estimated 4.5 percent annual rate; city leaders estimate the population will reach 89,000 by 2010. Many young families have moved to Allen to take advantage of the reasonably priced new homes and the school system, a source of community pride. The Allen Eagle Escadrille, Allen High School's marching band, performed in the 2006 Tournament of Roses Parade and Bandfest in Pasadena, Calif. With 650 members, the Escadrille is the largest high school band in the country.Also Online • Allen's growth puts it ... 01/02/2008
Comments 0 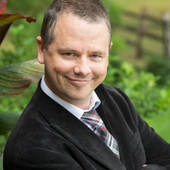 By John Pohly, Builder Coupons
(Builder Coupon LLC)
Calling all Allen Real Estate buyers sitting on the fence. The planets are aligning right now for Allen MLS Specials:1. NBC Brian Williams Media Scare Tactics, "The Sky is Falling"... has made buyers feel that there is no hope for a mortgage so why bother...2. Employment in DFW is UP3. Interest Rates are DOWN4. Allen Builders: Inventory is UP, partly because of #1and5. Mortgage are still available. The 80/20 loan went away but 95% financing is still available with good credit. If you have marginal credit or need 100% financing, there is a window of opportunity until March when DPA down payment assistance programs are taken away.That means if you want Allen Real Estate or a New Home in Allen, the clock is ticking and you need to close before March unless Congress decideds to stop what th... 12/05/2007
Comments 0

How To Find The Perfect Allen ISD Neighborhood?

By John Pohly, Builder Coupons
(Builder Coupon LLC)
Allen has been a real estate hotspot for several years. I believe it is one of the finest cities in DFW. I am impressed with the forward thinking of streets and infrastructure and city amenities, but then again... the building boom of Plano in the late 80's and early 90's acted as an early warning systems for the building boom expanding Northward and to East.Fast forward to the year 2007. Land in Allen is more expensive. The schools are top notch. And we have assembled the best of the best list for new communites in Allen, Texas. Most of these subdivisions are within the Allen ISD. Some of them are the Frisco ISD and Lovejoy ISD.Well, here it is - enjoy!(Cottonwood Creek) http://xmls.typepad.com/realestate/cottonwood-creek-ryland-homes-allen-isd-texas-tx.html (Cumberland) http://xmls.ty... 11/09/2007
Comments 0

By Michelle Musick Jones, The Michelle Musick Jones Team - Texas Real Estate
(Coldwell Banker Apex, Realtors)
Have you heard about Wimberley Place?  I was so excited to see that some of the top builders in the Metroplex will be building in Wimberley Place in Twin Creeks. Five well known names: Bob Bobbitt Crescent Signature Steve Roberts Tony Rossi Rick Shipley I have personally worked with 4 of the 5 builders listed above, and I am familiar with all 5. Wimberley Place is the only gated community in all of Allen. There are 73 estate size lots, ranging in size from 3/4 to 1 acre. They have wooded lots, golf course lots, and creek lots. As of their latest price sheet (October 28, 2007), the lots range in price from $335,000 - $525,000. Because Wimberley Place is gated, the homeowner dues will be a little higher than in the rest of Twin Creeks. The dues will run $200 per month. The dues are approx... 10/28/2007
Comments 0

By Donna Harris, Realtor,Mediator,Ombudsman,Property Tax Arbitrator
(Donna Homes, powered by JPAR - TexasRealEstateMediationServices.com)
Look, another consignment sale for baby infant and toddler things!  I'm enjoying buying all these things for my little one and NOT having to pay full retail price!!  I've got most everything I need, but still looking for a high chair and more books to keep at Grandma's house.It's today starting at 5pm and will also be tomorrow and Saturday, but I suggest doing tonight before all the good stuff is taken!!Here is the link for the website that gives all the information for times and dates and location stuff.605 S Greenville Ave.Allen, TX 75002 10/18/2007
Comments 0

By Christy Schleicher, Precious Memories - Dallas TX
(Precious Memories - Photography)
Twin Creeks - Allen, TXA spectacular Allen community in North Texas, built through the extraordinary vision of its developers. Just south of Hwy 121 with boundaries of Custer, Ridgeview Drive, Exchange Parkway, Alma and McDermott. Part innovation. Part inspiration. Everything you imagined life could be. Drive up to a lavishly landscaped lake entrance, and enter to find a stunning selection of custom, estate, traditional patio homes with a golf course setting. The feeling of a residential retreat allows you to escape from the mundane world into one of endless potential. An environment that invites you to kick back and enjoy the best that life has to offer.The Twin Creeks Golf Course was designed by the legendary Arnold Palmer. It is a championship style 18-hole course that is challenging... 10/17/2007
Comments 0 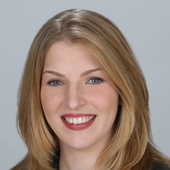 By Michelle Musick Jones, The Michelle Musick Jones Team - Texas Real Estate
(Coldwell Banker Apex, Realtors)
The master planned community of Star Creek began in 2006. The developers, Blue Star Land, owned by the owner of the Dallas Cowboys, Jerry and Steven Jones, also developed the highly successful Starwood in Frisco, Texas. Three builders are in Star Creek: Highland, Darling and Huntington Homes. Highland and Darling build on the 50 and 65 foot lots, which start from the $270K's. Huntington and Darling build on the larger lots, and they currently have lots available that back to the trees and creek. These homes are advertised from the $600's, but most that I have seen recently have been priced in the $700K's, and $800K's. There are a few resales in Star Creek, although most of the available homes are new construction.  Star Creek includes a clubh... 09/10/2007
Comments 0

By Michelle Musick Jones, The Michelle Musick Jones Team - Texas Real Estate
(Coldwell Banker Apex, Realtors)
There are currently 3 elementary schools that the Twin Creeks kids attend.  All three were rated as "Exemplary", the highest rating given, by the state board of education. Boon Elementary is located in Twin Creeks 2, and the kids from Raintree, Twin Creeks 2, and Twin Creeks 3 attend. There is a walking trail in Twin Creeks 3, that is a short walk to Boon, and the walking trail goes underneath Exchange Parkway, so the kids don't have to walk on a busy street to get to school. Boon is located next to Twin Creeks' second amenity center which includes a pool, tennis courts, basketball, playground, and sand volleyball. This fall begins Boon's 3rd year, and it has been ranked exemplary every year. Green Elemetary was the first elementary school built in Twin Creeks. It is located in Twin Cre... 09/10/2007
Comments 0 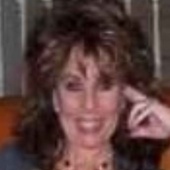 By Michelle Musick Jones, The Michelle Musick Jones Team - Texas Real Estate
(Coldwell Banker Apex, Realtors)
New construction in Twin Creeks ranges from the $200's, up to $2,000,000. Here are the builders and their phases of the neighborhood: Ashwood: Highland and Standard Pacific. Highland may be sold out now. From the $200k's. Windcrest Village: Huntington and K. Hovnanian. Closing out. Priced from the $500k's. Somerset Village: Huntington and Toll Brothers. Zero lot line homes from the $400's. Lexington: Sanders and Associates and Toll Brothers. From the $600's. Westgrove and Hawthorn: Highland and Standard Pacific. They both just opened beautiful new models. From the $400's. The Vistas: There are still some lots left in this custom section of the neighborhood, and some golf course lots remaining. Custom builds, but prices will probably be in the $600k's and up. Wimberley: Steve Roberts Cus... 09/01/2007
Comments 0

By Michelle Musick Jones, The Michelle Musick Jones Team - Texas Real Estate
(Coldwell Banker Apex, Realtors)
I have been a resident in Twin Creeks since 1997, 10 years ago yesterday, to be exact. The neighborhood began in 1994, and there is still new construction being built. The homes range from the high $100K's to over $1,000,000.  Twin Creek's is Allen's premier, master planned golf course community and features an Arnold Palmer signature course, two swimming pools, tennis courts, nature trails, hike and bike trails, two elementary schools private lakes, parks and playgrounds.  So, relax by the pool. Play a round of golf. Explore on the nature trails. Fish in one of the ponds. Or just enjoy the tranquility of the beautiful greenbelts, creek, and neighborhood beauty. It's your choice.  Community events include a yearly Easter Egg Hunt, Fourth of July Parade, Fall Festival and Christmas Celeb... 09/01/2007
Comments 2
<< Previous 1 2 … 42 43 44 45 46 47 48 49 50 Next >>
Explore Allen, TX
Allen, TX Real Estate Professionals