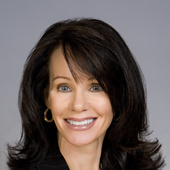 By Elaine Whitton Davis, Elaine Whitton Davis
(Homes in the Piedmont, LLC)
Fort Mill SC will celebrate Springfest on Saturday, May 3 at Walter Elisha Park.  Tega Cay will be hosting its tour of gardens and homes on the same weekend.  It looks like a busy time for the Fort Mill and Tega Cay residents.  05/01/2008
Comments 0

By Steve Schwartz
(First Properites of The Carolinas)
Hey Fort Mill / Tega Cay locals!   Remember when the only "sit down" restaurant in town was Fish Bones?  Things are REALLY changing fast around here....Ok, I've never been a big fan of Wal-Mart.  I just don't like the way the 800 lb gorilla bully's the little mom and pop shop keeper.  Well, it's kind of hard to hate the new Tega Cay store.  I thought Wal-Mart coming to town wouldn't be such a good thing, but it's just so darn convenient!  Not only does the facade look great, but the parking is wonderful.  No more fighting for a spot at the one in Rock Hill or up in Charlotte.  I can run by on the way home to pick up something and it's not a huge trip.  And now it looks like we're getting even more options to eat out - Dunkin Donuts going in beside McDonalds at 160 and Gold Hill Road (no... 04/26/2008
Comments 0

By Steve Schwartz
(First Properites of The Carolinas)
Listening to the National Media drone on about how dismal things are in residential housing is enough to make you cry, get a little sick, then cry again.  And, after seeing the California Market first hand last month, it's not pretty.  But, you have to remember that the National numbers are not necessarily an accurate reflection of what's going on right here in Fort Mill, Tega Cay, and Lake Wylie.  Here's the facts:  The Charlotte Metropolitan Area was one of 3 major cities that actually experienced increased appreciation in 2007 by a little over 4.5%.  The average price for a single family home for January, 2008 was only very slightly down from the same period in Jan 2007 ($218,610 down from $219,270) which represents less than 1 percent.  The number of sales transactions is down and h... 04/24/2008
Comments 3 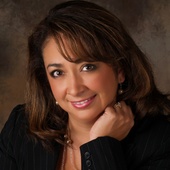 By Carmen Miller
(Miller Realty Group)
The Fort Mill School District is rated 9 out of a high score of 10 by greatschools.net. See the ranking of each school on my Fort Mill Info page . One of the reasons those of us who have school age kids picked the Fort Mill or Tega Cay area to live is because of the great public school system.Rumor has hit with a handful of neighboring Realtors® all Fort Mill Schools are now on a new enrollment freeze. This is absolutely not true!Yes two elementary schools which are Gold Hill and Orchard Park are currently in a new enrollment freeze. New students will be enrolled in Riverview Elementary. The distirct will fill any available seats that may open over the summer.New to the freeze list is Springfield Elementary. Any new students after June 2008 will be enrolled to Fort Mill Elemenrary.I cou... 04/23/2008
Comments 1

By Carmen Miller
(Miller Realty Group)
Rates went up this week as the stock market had a strong week. Current 30 Year Fixed rates are hovering around 6.00% but can easily range between 6.00% and 6.50% depending on credit score and loan program. ARM pricing is still weak. The 7/1 ARM rates are about the same as 30 Year fixed rates. It should get to about a 1% lower than the 30 Year Fixed before the value is the worth the risk. The mortgage bond market is near unchanged right now. 100% Programs GONE. The only way to buy right now without any down payment is with some time of down payment assistance. FHA loans are back in the spotlight! STATED INCOME These programs are rare but still exist. You must be self-employed, and the credit must be pretty good. Rates for these programs range from 6.375% to 7.25% for fixed rate loans. NO... 04/21/2008
Comments 0

Why live in Fort Mill SC Near Charlotte?

By Carmen Miller
(Miller Realty Group)
So Charlotte is ranked 9th most miserable city to live. What does that mean for those of us that live near Charlotte? After polling a few neighbors, I put togther my first top 10 list called Top Ten Reasons To Live in Fort Mill SC.   If you would like to see my top ten list please visit my post at Homesfortmill.com here is the link to my post.http://homesfortmill.com/local-information-fort-mill-lake-wylie-carolinas/top-10-reasons-to-live-in-fort-mill-sc/I welcome comments on Active Rain or especially on my personal blog site. 02/04/2008
Comments 1

By Carmen Miller
(Miller Realty Group)
Regardless if you are looking to purchase or sell a home in Tega Cay, or Fort Mill you will find that the quality of life, the cost of living and the school systems offer both buyers and sellers the opportunity to maximize their investment. According to the New York Times and other national publications and programs, such as CNN, the Carolinas are one of the few places in the country where the real estate market has continued to show a steady growth. This area is indeed a perfect little haven. 11/20/2007
Comments 1

Schools Are Important When Relocating - GHES Selected as a Blue Ribbon School!

By Carmen Miller
(Miller Realty Group)
Congratulations to Gold Hill Elementary School. GHES has been selected as a National Blue Ribbon School by the US Department of Education. Gold Hill is one of four schools in South Carolina to receive this prestigious award. Click to see more. 11/20/2007
Comments 1
<< Previous 1 2 … 18 19 20 21 22 23 24 25 26 Next >>
Explore Fort Mill, SC
Fort Mill, SC Real Estate Professionals