By John Joseph
(Groupe Sutton)
October 2012 Downtown Condos Market Report Downtown Montreal condominium sales, as reported on MLS® this October, reached this year’s low of 11 sales. Even so, it took, on average, a normal delay of 95 days on market (DOM) to sell this month, dropping from one of the higher numbers for the year last month. I was concerned last month that it was a sign that condo sales were slowing. However, the third quarter report from the Greater Montreal Real Estate Board (GMREB) has calmed my fears further regarding the market drop we read about in the media. The drops reported are broad statistics for large regions. Here on Montreal Island, in Centre South, I have my doubts we have to worry at this point. Remember, that in an economic downturn, the best real estate sectors lower last and come up fa... 11/20/2012
Comments 1

By John Joseph
(Groupe Sutton)
Tighter Mortgage Rules Affecting Real Estate Sales in Quebec, Canada   This September, the TD Bank published a report analyzing the effects of the recent tightening of mortgage rules in Canada. The federal finance minister tightened the conditions for obtaining a government-backed insured mortgage three times between 2008 and 2011, with the goal of curbing household debt and cooling the real estate market. The minimum down payment required increased from 0 to 5 per cent, and the maximum amortization period for new mortgages was gradually reduced from 40 to 30 years. The TD believes that the impact of these measures has been a 17 per cent decrease in the number of MLS® transactions in Canada between 2008 and 2011. Some potential first-time buyers may have been pushed out of the market,... 10/24/2012
Comments 2

By John Joseph
(Groupe Sutton)
New Brokerage Contracts to Buy and Sell Real Estate in Montreal Since July 01, 2012, Quebec Real Estate Brokerage contracts used to Sell property are organized by ownership category of the property being sold. Instead of the one Brokerage contract we now have to stock 3 different contract types to sell property in Montreal. 1.     Sale – Chiefly Residential Immovable Containing Less Than 5 Dwellings Excluding Co-Ownership Wholly owned residential property in Quebec can be by natural persons (individual) owners or corporations who possess a property including single family homes or multi-plex properties with less than 5 units (apartments). The other category of ownership in Quebec is Co-Ownership of which there are 2 types. 2.     Divided Co-Ownership – Fraction of a Chiefly Residentia... 10/21/2012
Comments 1 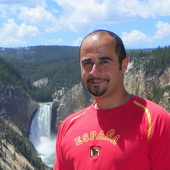 By Gerry Khatchikian, ASA, TRC, SFR
Bon mercredi de Montréal, Québec!  Happy Wednesday from Montreal, Quebec! Last Wednesday, I was astonished to see the following scene in Montreal and in the backyard!   For those that regularly visited my blog during my days in Montana, I have created a group called Moose Monday on ActiveRain where photos of moose were featured and shared on Mondays.  I have actually made a few Moose Monday posts from Montreal.  Now, with the latest sighting, how about a group called Woodpecker Wednesday?  Just kidding, Wordless Wednesday is sufficient enough! But it does sound fun and it would be interesting to see and know where else in North America these wacky and wonderful red-headed woodpeckers make appearances especially on Wednesdays, doesn't it?   :-) As I watched these two woodpeckers last Wed... 08/10/2011
Comments 29

By John Joseph
(Groupe Sutton)
Sell My House SO... Are you going to sell my house? It is one of the largest asset portfolio items you possess. How are you going to choose your real estate broker? --- A friend's recommendation? --- The broker with the most lawn signs? --- The broker selling the house you want to buy?These are some of the frequent methods used to choose a real estate broker. Why do sellers select brokers this way? Most sellers: --- Sell a home once, twice perhaps three times in a lifetime. --- Believe they know all about real estate. --- Are told that all brokers do the same things. --- Believe it is better to get a broker who is a friend they can trust. What do sellers learn during and after their sale is complete? --- Why didn't my broker tell me before the sale that I could do this or should not do ... 07/26/2011
Comments 5

From Montana to Montreal - Happy Holidays!

By Gerry Khatchikian, ASA, TRC, SFR
Wishing everybody mountains of joy during the holiday season. Here are some photos taken at a nearby park in Montreal, Canada.     Happy Holidays! Gerry Khatchikian   Want to see more photos?  Check out my other photos by visiting my Photo Blog Book . Photos and/or written content produced by Gerry Khatchikian. All rights reserved and may not be reproduced or reprinted without express written permission of Gerry Khatchikian.  12/25/2010
Comments 17
Explore Montréal, QC
View all cities
Montréal, QC Real Estate Professionals