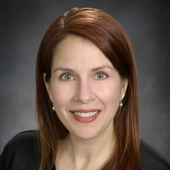 By Lisa Broadwater, GRI, CDPE - Bend, Sisters, Tumalo, Redmond
(Cascade Sotheby's International Realty)
Lots of folks in Central Oregon spent the past two weekends driving around -- with a purpose. It was the annual COBA (Central Oregon Builders Association) Tour of Homes, when 74 noteworthy new homes scattered throughout the region were open to the public for their inspection (it's especially popular among folks interested in learning the latest in home design ideas and trends). It's the 20th year for the self-guided free tour, and it was a double event for our RE/MAX office because it also served as the official debut of Sisters' newest subdivision, Pahlisch Homes' Saddlestone. Quietly completed earlier this year, Saddlestone's model home was featured on the tour, and the other three finished homes (one of which has already sold) were also open for perusing, as were the community picnic... 07/29/2008
Comments 1

By Lisa Broadwater, GRI, CDPE - Bend, Sisters, Tumalo, Redmond
(Cascade Sotheby's International Realty)
Yesterday we went trailriding in Central Oregon along the Metolius River past Camp Sherman (10 miles west of Sisters). The last time we rode out here, in the fall, when the turning leaves added a spectacular backdrop, we had the place to ourselves. Should've known it would have been more crowded now that the summer camp crowd has arrived. Not to fret. Out here, riding the deeply wooded trail that runs along the river, it was easy to focus instead on the gorgeous scenery -- the mighty river itself, the many wildflowers in bloom, the various butterflies in residence. We weren't prepared for the heat, though: 95 by 11 a.m. Phew! Below are a few photos we took along the way. Riding along an old wagon road above the Metolius.   A local fly fisherman at work.   Emily borrowing a local log to ... 06/29/2008
Comments 5

RE/MAX Teams With Pahlisch for our Summer Soiree

By Lisa Broadwater, GRI, CDPE - Bend, Sisters, Tumalo, Redmond
(Cascade Sotheby's International Realty)
Last night, our RE/MAX office hosted its annual summer Mix N Mingle soiree for the Sisters Chamber of Commerce (which holds a Mix N Mingle at a local business each month). Usually, we host our party at our downtown office, but decided to show off the new Pahlisch Homes subdivision, called Saddlestone, which we're representing. It's Pahlisch's first venture in Sisters, and it's a first-rate project. So this year, it was a REMAX/Pahlisch production. The site for the event was Saddlestone's outdoor pavilion, which also includes an expansive lawn and elaborate playground area. Along with the barbecue festivities, three of the new subdivision's homes were open for guests to visit (the model home, which has been staged beautifully, will be on the upcoming Central Oregon Association of Builder... 06/20/2008
Comments 0

Is Your Home Prepared for Fire Season?

By Lisa Broadwater, GRI, CDPE - Bend, Sisters, Tumalo, Redmond
(Cascade Sotheby's International Realty)
As of Sunday (June 1st), Central Oregon has officially entered fire season. That means that burning permits are now required on all private and state forestlands protected by the Oregon Department of Forestry within Crook, Deschutes, and Jefferson counties. So it seems as good a time as any to remind everyone of the importance of ensuring that the property they own or are about to purchase in Central Oregon is fire-safe. Wildfire is, after all, a very real concern here in the high desert. According to an article in the Bend Bulletin, since 2002, there have been seven fires in the Sisters Ranger District larger than 3,000 acres. The largest, 2003's B & B Fire, scorched more than 90,000 acres. Last year, the residents of Black Butte Ranch were evacuated when the G.W. Fire came within a qu... 06/01/2008
Comments 3

By Lisa Broadwater, GRI, CDPE - Bend, Sisters, Tumalo, Redmond
(Cascade Sotheby's International Realty)
All you visitors who've been in Central Oregon for the past seven or eight days and have seen nothing but gray clouds and rain: don't fret. This is not typical. This is, in fact, quite unusual. We really do only get 12 or so inches of rain per year. I promise. The reason I'm bringing this up today is that I basically need reminding myself. I'm rained out. I moved to the east side of the Cascade Mountains because it was the dry side. So what gives? I know I should be grateful -- water is always a welcome sight in the high desert -- but I miss my mountains! They're hidden behind all that gray. This (see photo left) is what it's supposed to look like in Central Oregon this time of year. This is why so many of us love it here. They say we can expect rain through Sunday (sigh).              ... 05/29/2008
Comments 4

By Lisa Broadwater, GRI, CDPE - Bend, Sisters, Tumalo, Redmond
(Cascade Sotheby's International Realty)
Well, it wasn't exactly a grand opening -- the weather, after all, was lousy, especially for a holiday weekend (rainy and chilly off-and-on all day Friday, Saturday and Sunday) -- and the list of vendors was pretty small (not quite a dozen), but the Sisters Farmers' Market was a welcome sight last weekend. What's not to love about another area outlet for home-grown products? In its inaugural outing, the Sisters Farmers' Market offered visitors fresh fruits and vegetables (although, alas, no Oregon-grown berries); locally grown honey and bee pollen; fresh baked breads and cookies and homemade jellies; roasted coffee; handmade candles; two local soap/scent purveyors; and several jewelry vendors. I did also notice a set-up for live music, but either the rain or the sparse attendan... 05/28/2008
Comments 1

Mother Nature Forces Visitors to Pass on the McKenzie Pass

By Lisa Broadwater, GRI, CDPE - Bend, Sisters, Tumalo, Redmond
(Cascade Sotheby's International Realty)
So here it is, Memorial Day weekend, and in a good year (i.e., one in which much of the snow has melted by May), many folks would be thinking about taking a day trip along the popular 82-mile-loop known as the McKenzie Pass-Santiam Pass Scenic Byway. The McKenzie Pass, the western leg of the byway (which begins in Sisters), is one of my favorite quick escapes because it has so much to offer with so little thought required -- you've got a little driving combined with a bit of history, some gorgeous scenery (some consider it one the most beautiful drives in Oregon) and several opportunities to venture off the beaten path, all easily doable in an afternoon. Granted, there's plenty of interesting diversions along the way if you'd like a more extended getaway. But this year, thanks to unusua... 05/23/2008
Comments 5

By Lisa Broadwater, GRI, CDPE - Bend, Sisters, Tumalo, Redmond
(Cascade Sotheby's International Realty)
Summer is approaching, and in Sisters, Ore., folks are gearing up for the town's busiest season. That means that hardly a weekend goes by without some sort of cultural event coming to town -- often, more than one. Sure, because of Sisters' Western ambiance (downtown buildings all sport 1880s facades), you'll find plenty of pioneer-influenced events. But you'll also find a surprisingly diverse cross-section of cultural affairs (not to mention, attendees).  It says a lot that a town of 2,000 is able to successfully host so many major events, and to regularly ntice hordes of followers to return again and again. Maybe one reason Sisters has become home to so many festivals and fairs is because so many artists and entrepreneurs have settled in this area. Or maybe everyone who comes here just... 05/14/2008
Comments 5

By Kelli Fronabarger, Realtor - Bend Oregon
(Bend River Realty Inc.)
Sisters is a lovely town located in western Deschutes County. The population of the City of Sisters is 1706 and the population within the school district boundaries is about 15,000. Known for the western-style store fronts, Sisters exudes a country charm that is undeniable. The scenery here is breathtaking. Recreational opportunities abound with hiking, biking, rafting, skiing, swimming, fishing, golf and sightseeing readily available. Tourism is the main industry for Sisters and the city hosts a variety of events each year. Some of these are the Sisters Starry Night Concert Series, the Sisters Art Stroll, the Sisters Outdoor Quilt Show (one of the biggest in the U.S.), the Sisters Jazz Festival and the Sisters Rodeo. Bordering town, there is roughly 1.6 million acres of Deschutes Natio... 02/17/2007
Comments 0
<< Previous 1 2 3 4 Next >>
Explore Sisters, OR
Sisters, OR Real Estate Professionals