The Red Comet - Finding history in a home

By Todd Clark - Retired, Principle Broker Oregon
(eXp Realty LLC)
Don't know what the Red Comet is?  The Red Comet was an early fire extinguisher that, like today's sprinkler systems, had a certain melting point and dropped what looked like an upside down, half full water balloon made of glass. Inside the bulb was a liquid that, upon impact with the floor, would extinguish the fire. The Red Comet wasn't something that not every family had, or I believe, could afford when they first came out. This is a picture of one that was found during the remodel of Schiller Station. The one seems to be the earliest version I have been able to find even online. The pictures I've been finding are wall mounted and work more like today's sprinkler systems. The systems that were out in the 50's had a melting point and upon reaching that heat would spray a liquid that w... 02/21/2008
Comments 2

By Todd Clark - Retired, Principle Broker Oregon
(eXp Realty LLC)
It was November 9, 1944 when a young man wrote to his bride back here in Oregon. She saved some of these letters and somehow they got placed into a wall of the historic 1912 Schiller Station home.These letters, when found, had some damage. One was destroyed, but most were saved. The seller, who did an amazing job bringing this home back to life, wanted the history of the home to go with the new owners and so he decided to keep everything he found, or couldn't use in the remodel, for the new owners.One of these things that the seller wanted to pass on to the new owners was these letters. Here is the start of the first letter, dated November 9, 1944. For the rest of the letter, along with the follow up letters, the owner says you are going to have to buy the home.     02/07/2008
Comments 8

If these walls could talk

By Todd Clark - Retired, Principle Broker Oregon
(eXp Realty LLC)
Well today, I may have finally been in a house that can. The history of this home is just amazing and I can't talk about it completely because I'm going to be taking the listing on it, hopefully, next week.Here are just some of the things, that while being remodeled, that were found. Some letters were found in the wall addressed to the young woman of the house, from her boyfriend, who was off fighting in World War II. Some old magazines were found, and until it was remodeled, there was a coal furnace with a coal chute that landed next to the furnace from outside.The electric that was in the house was still tubes, but was still standing strong, and I truly believe in 100 years it still will be, unlike the homes that are built today. The pride that was taken to remodel this home was amazi... 01/29/2008
Comments 16

Where should I buy in Gresham, Oregon?

By Valerie Baldwin, Harvey, Gresham Oregon Real Estate
(John L. Scott Sandy)
This is a question that is often asked by my clients when they first want to move to the area.  As the local expert, it is my job to have this information on hand.  But before we go into depth..there are a few things to consider...First, consider the comfort zone for your mortgage payment.  I can pre-screen you before you fill out a lengthy mortgage loan application.  The pre-screening consists of about 10 quick questions.  This will help head off any surprises during your mortgage application and underwriting and help this part of the home buying process go smoother.  Next, we will get you in contact with a reputable mortgage broker or banker who can communicate well with you and myself to get you through to closing.  It is a good idea to do business with a mortgage company who has a l... 08/23/2007
Comments 0

By Valerie Baldwin, Harvey, Gresham Oregon Real Estate
(John L. Scott Sandy)
Okay, hopefully that got your attention.  It is clearly a buyer's market out there.....but where are the serious buyers?  I have seen price reduction after price reduction locally here in the Gresham, Oregon and surrounding market, but still the buyer activity has declined.  In most areas you can buy a home at last year's prices, if not for less.  There are more choices than ever... and many sellers are willing to help with your closing costs.  What are you waiting for??? This is your call to action.  If you are sitting on the fence, waiting for the "right time", the bell is being rung.  Call your agent, talk to your mortage broker and make your best offer on the home that you have been driving by for weeks on end. Investors...now is the time to pick up that rental property.  You can ev... 08/06/2007
Comments 9

By Coco Lemmon, Concepts by CoCo - Homestager - Portland, OR
(Concepts by Coco, Home Staging, Portland, Oregon)
As you look at each picture - what does your eye tell you? My impression is that while the homeowner's original room with the purple colors (which she loves) and all the accessories and personal pictures is too busy! The staged room, while a bright color, is more relaxing and inviting.      07/08/2007
Comments 10 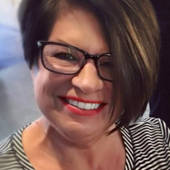 By Missy Caulk, Savvy Realtor - Ann Arbor Real Estate
(Missy Caulk TEAM)
Valerie Harvey is a expert realtor in the Greater Portland, Oregon area, specializing in Sandy and Gresham.With a population of over 4,500. Sandy is located on the Mt. Hood Highway (U.S. 26) between Portland and Mt. Hood where residents enjoy a mild climate, clean air, good water, beautiful scenic views in a country setting, and all the advantages of small-town living while being only 45 minutes from the urban amentities of downtown Portland.Gresham, thrives as the fourth largest city in the State of Oregon. The downtown area is rich in history and charm.Valerie Havery is a Broker with John L. Scott Real Estate. Her philosophy begins with partnering with her clients. She works with her buyers and sellers as a team from the beginning of the buying and selling process, all the way through... 05/05/2007
Comments 15 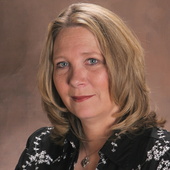 By Thesa Chambers, Principal Broker - Licensed in Oregon
(West + Main)
What an honor - today I had the opportunity to share nachos with Valerie Harvey. What a great lady and professional. Valerie is in Sunriver completing her GRI - I am very proud of her for continuing her edcuation to better reepresent her clients. Valerie and I were very excited to have the opportunity to meet and I know I was not disappointed. Valerie is just as quick witted, open and honest in person as she is in her blogs. Valerie stands firm on her ethics, it is more than apparent she takes her responsibility seriously.I look forward to meeting her for lunch tomorrow and getting to know this lady better. She has certainly earned my referrals for the Sandy and Gresham Oregon areas.We were fortunate enough to have great weather - today we visited the Owls Nest tomorrow we shall see wha... 04/11/2007
Comments 22

By Valerie Baldwin, Harvey, Gresham Oregon Real Estate
(John L. Scott Sandy)
You are cordially invited Saturday, April 7th from 1-4 pm, to come and view this spacious condominium.  This home features many updates and you can enjoy a view of the Gresham Golf Course from your private patio or upstairs balcony.  Located in a central location for highways and public transportation.  Close to Mt. Hood Community College and shopping.  Great investment property or live here and enjoy the amenities yourself.  For directions please contact Valerie Harvey @ (503) 704-9891.  1422 NE Hogan Dr. Gresham, OR 97030            04/05/2007
Comments 1

By Valerie Baldwin, Harvey, Gresham Oregon Real Estate
(John L. Scott Sandy)
The city of Gresham has so much to offer.  Here we have great schools and communities.  The Powell Valley neighborhood is located on the edge of the urban growth boundary.  You will find country living with city access.  This neighborhood is only a few miles away from Oxbow Park.  This park offers beautiful nature hikes, camping and fishing.  Less than a mile from the Powell Valley Elementary school is the new Brennan Woods subdivision.  It has 8 new homes that are loaded with granite, cherry hardwood floors, quality cabinetry, full maple window casings and many other amenities.   03/23/2007
Comments 0

By Valerie Baldwin, Harvey, Gresham Oregon Real Estate
(John L. Scott Sandy)
PRICE REDUCED TO $144,500.  Bring your offer!!! This great condo is close to I-84, Downtown Gresham, MAX, and on the busline.  This unit has its own carport.  Lots of open spaces, a club house, a sparkling pool and adjacent Gresham Golf Course are some of the amenities you will enjoy at Country Club Estates.  Only 30 minute to Mt. Hood ski resorts and 20 minutes to Downtown Portland.  This is truly the best value around!  Open house Saturday, March 24, from 12-3 pm.  Bring a friend! 03/23/2007
Comments 2

By Valerie Baldwin, Harvey, Gresham Oregon Real Estate
(John L. Scott Sandy)
SALE PENDING!  But I can show you more!  Please call Valerie Harvey to schedule a showing.  (503) 704-9891www.valerieharvey.comThis beautiful home features 3 bedrooms, a bonus room and a den!  Enjoy your morning coffee on your private deck.  You will appreciate the attention to detail in this spectacular home.  Granite countertops, cherry hardwood floors, maple window casings, and custom interior paint are just waiting for your personal touches.  You do not want to miss this one!  Call for a private showing.  Please be sure to say, "I saw it on Active Rain!"Presented By:Valerie Harvey (503) 704-9891Client Full John L. Scott Sandy RESIDENTIALStatus:ACT3/16/200710:38:28 PMML#:7008296Area:144List Price:$364,500Addr:713 SE ANDERSON LNUnit#: City:GreshamZip:97080 Condo Loc/Lvl:  Map Coord:62... 03/16/2007
Comments 0