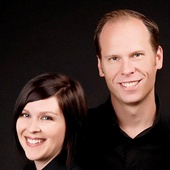 Thinking of Selling your Home Privately? Points to Ponder First.

By Bill, Lia and Kevin McNally, The Right Move
(iPro Realty Ltd., Brokerage)
Thinking of Selling your Home Privately?  Points to Ponder First. by Bill and Lia McNally     In attempt to save the commission paid to Realtors, some sellers decide to try to sell their homes privately.  However, you should be aware of some of the drawbacks before talking the plunge.  We have compiled a list of points to ponder:    It can be a lot of work.  The phone calls, making yourself available for showings at all hours, marketing, follow up, paperwork, etc. A realtors job can be very time consuming. If you have a busy lifestyle you may find yourself too short on time to do a proper job.    Unqualified Prospects.  A lot of time in real estate is spent sifting through prospects, separating the serious buyers from the time wasting window shoppers or worse, the few bad seeds out ther... 10/02/2009
Comments 0

What makes Acton's Honeyfield Neighborhood a great place to live? 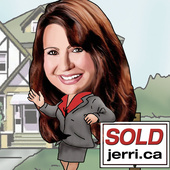 By Jerri Fraser, jerri.ca, Buyin' Or Sellin' call Jerri-ellen
(iPro Real Estate LTD. Brokerage)
Hi Moms, Dads and Grandparents of Halton Hills! Here Some Halloween tips and a joke or two. I found over the years that treating your kids to a spooky and fun Halloween dinner by black candle light for example made them less likely to eat tooo many candy on Halloween night. Just food for thought,LOL. Keep walkways lit to your home and please make sure that your candle lit pumpkins are away from where costumes may catch the flame. Make sure you review the basic everyday saftey tips on traffic and talking to strangers. It is best to send an adult or older teenager with them so you know they will be OK. Secure emergency identification discreetly within Halloween attire. Openly discuss appropriate and inappropriate behavior at Halloween time.  Kids may know what is right and wrong on their ... 10/20/2008
Comments 1

By Jerri Fraser, jerri.ca, Buyin' Or Sellin' call Jerri-ellen
(iPro Real Estate LTD. Brokerage)
I would like to have a litte fun here and see how many people I can gather from each province  on the East Coast That are living in Halton/Wellington Region....Just drop me and email @ jerri@johnsonassociates.ca or contact me on my web www.shesells.org  and let me know what province you are from and at the end of october I will do a count and see who wins. It may be a fun!   09/17/2008
Comments 1

By Jerri Fraser, jerri.ca, Buyin' Or Sellin' call Jerri-ellen
(iPro Real Estate LTD. Brokerage)
Quick ways to spruce up your home Sometimes, all it takes is a few simple fix-ups to improve the look of your home and make it more marketable. Even if you don't plan to sell in the near future, a change of face can make your home more comfortable and appealing. If your kitchen, bathroom and other rooms in your home look weary and tired but you can't afford to tear everything out and start over again, here are a few cost-effective solutions to consider: Re-surface cabinets and counter topsThis is the way to go if you're happy with the layout of your kitchen, for example, and want to avoid a major renovation. Re-surfacing counters and cabinets will give you a whole new look for a lot less money. Visit home improvement showrooms and see what products and styles are available. You can also... 09/17/2008
Comments 0

By Sam Burland
Just A reminder to all that the annual TERRY FOX  Run for cancer research is being held Sunday September 18 2008 in Various Across Canada and all over the world I encourage everyone   in this yearly event to remember Terry Fox and to raise funds to try and find a cure for Cancer Please check www.terryfoxrun.org for run locations and details The Acton Run will be held at the Acton High School Track between 8 am and 3 pm the Georgetown run will be held at the Gellart Centre between 9 am and 2 pm   Terry Fox was born in Winnipeg, Manitoba, and raised in Port Coquitlam, British Columbia, a community near Vancouver on Canada's west coast. An active teenager involved in many sports, Terry was only 18 years old when he was diagnosed with osteogenic sarcoma (bone cancer) and forced to have his ... 09/01/2008
Comments 0

By Sam Burland
Fighting Mold - The Homeowners' Guide Understanding mold Mold can be harmful or helpful - depending on where it grows. Mold needs moisture to grow. Mold does not grow on dry materials. Mold growing inside a home can affect the occupants. Occupants can learn to recognize mold. Molds are microscopic fungi, a group of organisms which also includes mushrooms and yeasts. Fungi are highly adapted to grow and reproduce rapidly, producing spores and mycelia in the process. You encounter mold every day. Foods spoil because of mold. Leaves decay and pieces of wood lying on the ground rot due to mold. That fuzzy black growth on wet window sills is mold. Paper or fabrics stored in a damp place get a musty smell that is due to the action of molds. Molds can be useful to people. The drug penicillin ... 08/30/2008
Comments 4

Multiple Offers in Halton Hills- How to Compete without regrets

By Bill, Lia and Kevin McNally, The Right Move
(iPro Realty Ltd., Brokerage)
Multiple Offers in Halton Hills- How to Compete without regrets   When a well priced, desirable home comes on to the market, it can attract a lot of attention and subsequently multiple offers.  While it doesn't happen as frequently in Georgetown as it does in nearby Toronto, it still happens.  Many of our clients tend to shy away from offer situations where they will have to compete against other buyers, but there is no reason to be apprehensive.  Armed with a little knowledge and a good, experienced agent you'll be well equipped to handle anything.    Know the market!     Before entering into a multiple offer situation, your agent should dig up information on all the homes- currently for sale and recently sold- that compare to the home you are thinking of buying.  By examining them, yo... 08/07/2008
Comments 0 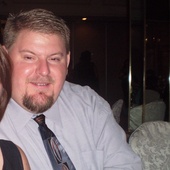 By Brian Snow
(Johnson Associates Real Estate Ltd.,)
Acton History Acton from the air circa:1919 For almost 150 years this place has been called Acton. It was 1844 when Robert Swan, our first postmaster, suggested this name to replace "Adamsville" (chosen in honour of the founders) and the original name, "Dansville".   Acton was settled in 1825 by the Rev. Ezra, Rev. Zenas, and Rufus Adams. Saddlebag Methodist preachers, they retired to farm and rebuilt their strength, returning to the circuit in 1830. Zenas preached the first sermon ever delivered in the locality, just east of Acton, opposite Worden's farm. Zenas held services at his home o­n the corner of Main and Church Streets. Built of yellow pine about 1830, his home still stands. Zenas died in 1847. Ezra, whose home stood near Bower Avenue later moved to Drayton. Rufus' wife opene... 06/05/2008
Comments 0

ACTON, ONTARIO PAST TO PRESENT

By Bill, Lia and Kevin McNally, The Right Move
(iPro Realty Ltd., Brokerage)
Acton, Ontario from Past to PresentBy Lia and Bill McNally   In 1844 Acton was a settlement originally known as both Danville and Adamville.  When Acton was amalgamated in 1873 into a village, it was home to a little over 700 residents.  The Adam's brothers were the founding settlers and they named many of the town's streets after members of their family.  In fact, Zenas Adam's home, which is now over 150 years old, still stands on the corner of Main and Church Street East. Back then the largest employer in Acton was the Beardmore Tannery which opened its doors for business in 1865.  At the beginning of the 20th century it had a combined floor space of almost a million square feet. Today, Acton pays tribute to its rich heritage by taking the name Leathertown, made known by its famous ... 04/09/2008
Comments 0

By Bill, Lia and Kevin McNally, The Right Move
(iPro Realty Ltd., Brokerage)
Real Estate in Acton, OntarioBy Lia and Bill McNally Moving to Acton still holds a certain stigma in the eyes of many Georgetown residents. When we as realtors, suggest Acton as a possibility we're almost always met with an indignant "Acton?  I'd be embarrassed to live there!" True, Acton has held the reputation as being working class and stinky (due to the tanning of leather, long ago at a factory where the Olde Hide House is currently located) but things have changed a lot since then and Acton is definitely worth another look. I like to think of Acton as the old Georgetown.  In the past ten years Georgetown has lost a lot of its small town vibe and residents seem to be dealing with more noise, congestion and traffic.   Acton is the perfect solution to those who would like to turn back... 04/09/2008
Comments 0
Explore Acton, ON
Acton, ON Real Estate Professionals