By Robert DeFalco, Robert DeFalco Realty
(Robert DeFalco Realty)
Nolita. One of the Best Neighborhoods in New York CityPicturesque Nolita is a charming, upscale area with a trendy vibe. It's known for its chic shopping scene and has plenty of designer jewelry shops, unique clothing boutiques, and home-design stores. Fashionably casual crowds stroll the neighborhood and fill the popular sidewalk cafes, chic bars, and trendy restaurants. On weekends, street vendors selling hand-made jewelry and artwork line Prince Street.If New York is the city of dreams, then Nolita is the fairy tale inside it. It's such an inspiring part of NYC that even Vanessa Carlton actually wrote a song, "Nolita Fairytale," about it. This tiny neighborhood in lower Manhattan lies right between SoHo, Little Italy, the Lower East Side, and Chinatown. Once a part of Little Italy, N... 03/14/2019
Comments 0 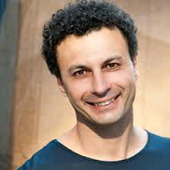 By Dan Johns, Professional furniture Restoration services
Clean carpets provide many benefits for a family’s lifestyle and home. Clean carpets are the foundation of stylish, comfortable, and cozy home decor. Professional carpet cleaning NYC is required to keep carpets beautiful and clean. Aesthetics Carpets that look as attractive as possible are an aesthetic aspect when people visit a home. A poorly kept carpet ruins the mood of a room regardless of how nice the rest of the design. Well-kept carpets make an immediate positive impression, even when the décor is not that great. Health Clean carpets have the potential of improving a family’s health. Many people have allergies or suffer from other health problems such as eczema or asthma. A dirty, dusty carpet is a source of irritants every time someone walks on the carpet. The allergens trigger... 03/05/2019
Comments 3

Astute Buyers Make Astute Decisions: Now is the Time to Buy in NYC

By Ricardo Mello, Manhattan & Miami Real Estate Agent
(Manhattan Miami Real Estate)
Recent Manhattan Real Estate Reports The billionaire Warren Buffet said it best, "Price is what you pay, value is what you get . . . It is wise to be fearful when others are greedy and greedy when others are fearful." Some recent reports on real estate in New York City have made some people fearful. When we look at the broad picture and the overall statistics in those reports it is fairly clear as to why those people are fearful. But is there more to it than the overall and the general? We would say, "Most definitely, yes." We would also say that this is a good time to buy – without being greedy. The Bigger PictureBefore we look at some specific – rather than general – real estate statistics, let us take a helicopter-pilot's view of things. The Dow and NASDAQ are riding high. Profit-tak... 02/26/2019
Comments 24

By Robert DeFalco, Robert DeFalco Realty
(Robert DeFalco Realty)
Chelsea is a neighborhood on the West Side of Manhattan, with 14th Street to the south, 30th Street to the north, the western boundary of the Ladies' Mile Historic District – which lies between the Avenue of the Americas (Sixth Avenue) and Seventh Avenue – to the east, and the Hudson River and West Street to the west. To the north of Chelsea is the neighborhood of Hell's Kitchen, as well as the Hudson Yards; to the northeast is the Garment District; to the east are NoMad and the Flatiron District; to the southwest is the Meatpacking District, and to the southeast is Greenwich Village and the West Village. This famously diverse and artistic neighborhood is – somewhat surprisingly – mostly residential. Chelsea Real Estate mix of tenements, apartment blocks, city housing projects, townhous... 02/21/2019
Comments 0

By Kin Tsui
(EMC Long Island Realty)
After the once a year Lunar New Year Parade in Chinatown, New York City, I was going to take the F train to Queens on Second Avenue/Houston Street; a street performer was singing & playing guitar in the MTA subway station.I liked the melody.Good Luck to him!  #streetperformer #nyc #mtasubway 02/20/2019
Comments 0

Focus on the Financial District!

By Laura Cerrano, Certified Feng Shui Expert, Speaker & Researcher
(Feng Shui Manhattan Long Island)
Valentine's Day is right around the corner,... are you ready?? Honestly, to express your love to another person and to yourself, is something encouraged on a daily bases. But, if you need to pick a specific day, Valentine's Day has been created! Looking for a unique gift to give? How about a Feng Shui Consultation or Reiki Sound Healing Session.  Feng Shui ConsultationFeng Shui is a wonderful gift for anyone looking to transform or maintain a healthy lifestyle. The information shared lasts a lifetime and the process of Feng Shui-ing your home and self is FUN! To learn more about Feng Shui consultation options please click on Feng Shui Assessments. Or visit Feng Shui Consultations. On-site and remote Local, National, and International Consultations are available with Certified New York C... 02/11/2019
Comments 3

StreetEasy is pushing manual entry. But the brokerages are resisting

By Jeffrey Ditri, New York City Residential Rental Specialist
(JAD Realty Group, LLC.)
Corcoran, BHS, Compass, Stribling say they won't use portal's new listing system    Several of the city’s top brokerages are defying StreetEasy’s latest attempt to push manual listing entry on agents, which they believe is a bald-faced attempt to squeeze more money out of brokers. After the portal announced “Agent Spotlight,” its latest advertising program, the Corcoran Group decided that it would not switch to a new listing system developed by StreetEasy and Douglas Elliman, dubbed “Listing Tools,” sources told The Real Deal. Sources also said that Compass and Brown Harris Stevens — which cut their automatic feeds to StreetEasy more than a year ago — have both asked the portal to reinstate those direct pipelines to avoid Listing Tools’ manual entry. BHS has already received a firm “abs... 02/06/2019
Comments 1

By Kin Tsui
(EMC Long Island Realty)
The diabolo was played at Turnstyle Underground Market as one of the events to celebrate Chinese New Year, 2019, Year of Pig.The underground market featured 38 eateries & shops. It is located beneath 8th Avenue, between 57th and 58th Street, New York City, NY. It is connected to subway, A, C, B, D & 1.Their website: https://www.turn-style.com 02/05/2019
Comments 1