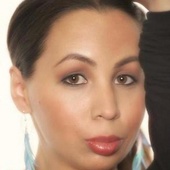 Going To Court With Board of Commission

By Crystal Bush
(I Am Marketing)
Anybody have any guidence?  The realtor that sold a friend's house has been investigated by the board of realtors comission (or whatever it's called) in New Jersey.  Between the realtor, his company, and the title company my friend lost out on over $10,000.  My friend had given POA to a relative as he had moved out of state before the close of his house.  Without notifying my friend, the agent lowered the sales price and the preliminary hud that was sent to my friend did not match the one that his relative signed the next day including a different lender and title company.  It's assumed to be more than a coinsidence that the agent turned around and then began working for the buyer.  We're going to court in a couple of weeks.  We don't want this to turn ugly, but it's a pretty sensitive ... 05/29/2009
Comments 9
Explore Pitman, NJ
Pitman, NJ Real Estate Professionals