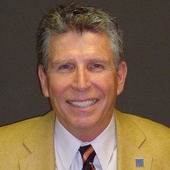 By Homer Ray, Eastern NC Homes
(Eastern NC Homes)
Vanceboro the small but rapidly growing town in northwestern Craven County is going to get larger if TWO developers get they way and plans are approved. Recently plans for Swift Creek Plantation were announced and the approval process was started.  This residential development is proposed to include about 450 acres off Streets Ferry Road near Vanceboro. These will be relatively large "country estate " lots. Yesterday it was announced in the Sun Journal that another development Swift Creek Landing has received final approval to proceed with the development of a 160 acre site. Perhaps 40 lots will be developed  as the project progresses. This will be located just outside the city limits off US Hwy 17. Vanceboro is located between Washington, Greenville and New Bern NC . Vanceboro resident... 05/30/2008
Comments 0
Explore Vanceboro, NC
Vanceboro, NC Real Estate Professionals