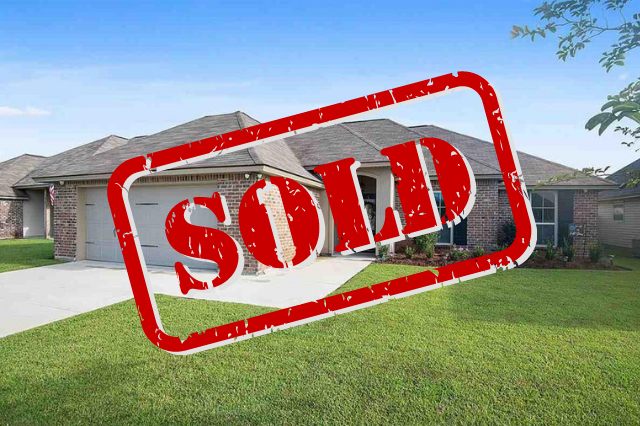 By Bill Cobb Appraiser, Greater Baton Rouge's Home Appraiser
(Accurate Valuations Group, LLC)
Comments 3
Collins Place is a beautiful development with upscale homes and the most elaborate entrance in the Walker Louisiana Housing Market. Homes in Collins Place were built by reputable Builders Ken Montgomery, Larry Milton, Bill Coxe, Dream Builders (Mike Lockhart), Crest Construction, Jeansonne Properties, and Mulina Builders.  Mr. Ken Montgomery has also built in University Club Plantation.   In 2012, I  wrote Walker LA Collins Place Upscale Subdivision First To Rebound In 2012. What I know about Collins Place for this end of 2019 update is what I view within GBRMLS numbers. Read the important note at the bottom about these numbers being overinflated by $5,000+/-. After the August 2016 flood when Three Lakes Subdivision was so miserably damaged by floodwaters, it became very clear Collins P... 01/23/2020

By Shari and Ricky O'Neal, O'Neal Group LLC.
(KDK Realty, LLC)
Comments 1
30983 N Walker RdWalker, LA 70785       Fabulous home in Collins Place Subdivision. This outstanding home is part of the subdivision, located on Walker Road North and sits on a lot that is over an acre with mature live oak trees & privacy landscaping. The curb appeal is awesome as the home has a long driveway with brick inlays and lots of concrete for parking. There is a hollywood style garage that features a covered patio area and a courtyard that work well for entertaining. Enter the custom front door into the foyer and to the left is a formal dining area that was used as an office by the current owner. Pass through to the kitchen which has granite tile counters, corner sink with windows, gas cook top, wall oven and custom cabinets. The kitchen opens into the dining area with vaulted ... 09/16/2015

By Cindy Allen, Proudly serving South Louisiana 225-571-8667
(Keller Williams Realty Red Stick Partners )
Comments 1
Open House Event Sunday, June 7, 20151-4pmSpring Lake Subdivision in Walker, LAFree Food, Beverages, and Bounce House! Post courtesy of the Louisiana Homes and Land Group at Keller Williams Red Stick Partners  Call 225-366-8656 to set up a Free Buyer Consultation and begin your home search. Louisiana Homes and Land Team Keller Williams Realty Red Stick Partners Hire a positive and proactive Team of Realtors to help you find your next home! Call or text (225) 366-8656 for information on Buyer’s Representation Services (NO COST TO HOME BUYERS) Browse the entire Baton Rouge MLS: www.BatonRougeRealEstateDeals.com/search Get a FREE report on YOUR HOME’s Value at www.BatonRougeRealEstateDeals.com/sell Like us on Facebook! Facebook.com/LouisianaHomesAndLand Are you looking to Buy or Sell a Hom... 06/03/2015

By Bill Cobb Appraiser, Greater Baton Rouge's Home Appraiser
(Accurate Valuations Group, LLC)
Comments 0
Walker's Collins Place Upscale Subdivision First To Rebound Into Latter 2012 Collins Place is a beautiful development with upscale homes and the most elaborate entrance in the Walker Louisiana Housing Market.   Of the six to seven higher end or upscale subdivisions in the Walker Louisiana housing market, and the severe home price correction after 2008, it appears Collins Place is improving far better than most. The chart below shows 2006 to 2007 sold prices were in the $120/sf to $125/sf and then descending to $110/sf in 2010. Now, since the $110/sf low, current 11/06/2012 GBRMLS from Greater Baton Rouge Association of REALTORS show support at $114.45/sf, which is a +$4.23/sf or +3.8%. The Lakes At Fennwood would be second runner up with a +$2.74/sf and +2.7%.   NOTE: According to local... 11/06/2012

By Bill Cobb Appraiser, Greater Baton Rouge's Home Appraiser
(Accurate Valuations Group, LLC)
Comments 0
Some Walker LA 70785 Resales Hurt Housing Market, Show Walker is primarily an under $170,000 housing market.   NOTE: Collins Place Subdivision is proving to be the quickest to rebound and impress into latter 2012!  My Opinion Of the Walker Housing Market Was Challenged Today and I believe this data below helps back up my opinion. Photo of an upscale Walker LA home I am referring to: Preface: Walker Louisiana is a smaller 6,364 population according to city-data.com. The vast majority of homes sell in the $120,000 to $160,000 range and it wasn't until Hurricane Katrina in 2005 that more upscale subdivisions were built in Walker. Perhaps 80% of homes sell under $160,000 and 90% under $170,000. With only 10% of homes being considered "upscale" in this small Walker population, 12 home sales ... 11/06/2012

By Bill Cobb Appraiser, Greater Baton Rouge's Home Appraiser
(Accurate Valuations Group, LLC)
Comments 2
Walker Louisiana Home Sales Trends August 2011 versus August 2012 for ALL Homes, Existing and New Construction. What's disturbing about these trends?  While the median sold price is up 11% and average days on market is down 34%, the number of sold homes is down 32%, months supply of inventory is up 41% and the number of homes under contract is down 38%.  With months of inventory up 41%, it doesn't appear these fewer home sales are due to lower supply.    Median Sold Price by MonthAug-11 vs. Aug-12: The median sold price is up 11%     Sold Properties by Month Aug-11 vs. Aug-12: The number of sold properties is down 32%     Average Days on Market by MonthAug-11 vs. Aug-12: The average days on market is down 34%     Months Supply of InventoryAug-11 vs. Aug-12: The average months supply of ... 09/16/2012

By Lindsay Pendleton, Marketing Agent - Property Management in Baton Rou
(Relocating To Baton Rouge & Surrounding Areas)
Comments 0
Welcome to Walker, Louisiana. Now that you have decided to be a resident of Walker, Louisiana…it’s time to make it official and get the utilities turned on! In order to get the utilities turned on in Walker, Louisiana, you must go to the Walker Municipal Building which is off of Florida. If you are coming from Baton Rouge down Florida, the building will be on your right after the Regions Bank. If you are coming from I-12, getting off at the walker exit, take a left on Florida and the building will be on your left before the Regions Bank. Be on the lookout because the building is rather small and can easily be missed. “New Homeowners in Walker, Louisiana” If you have just bought a new home, Congratulations! After the sale, in the middle of getting everything ready to move…you will want t... 02/28/2011

By Bill McDonald, VA, USDA, FHA Government Loans - (865) 686-8711
(VanDyk Mortgage Corporation)
Comments 1
Home Builder in Walker LA Since he began building custom homes in 1999 Danny Gallman has built the reputation of being a master craftsman.   His attention to details and care for the wishes of his customers s is what makes him an  an ideal choice if you are looking for Home Builder in Walker LA.  From plan selection  to the day you move into your  dream home in Walker, LA, Gallman Construction will provide you with experience and expertise. Gallman Construction builds custom homes in Walker, LA and the  surrounding areas including Livingston and Ascension Parishes. Located in Walker, Louisiana, Gallman Construction is quickly becoming recognized as a trusted builder to help build your dream home. Ifyou demand excellence then Danny Gallman and Gallman Construction of Walker, LA  is the ... 12/22/2010

Walker La Housing Trends: Challenges Persist In An Under $165,000 Market!

By Lindsay Pendleton, Marketing Agent - Property Management in Baton Rou
(Relocating To Baton Rouge & Surrounding Areas)
Comments 0
“The Livingston Parish Public School System serves approximately 23,900 students ranging from pre-kindergarten through grade twelve. We continually strive to upgrade our schools to provide a climate that enhances learning. Our instructional programs and other related programs and services are focused to meet the needs of our student population and the requirements of the State Board of Elementary and Secondary Education. Please take the time to visit our outstanding schools’ web pages listed below.“ Walker Public Schools   09/05/2010

By Jane Kosheleva
(Markett)
Comments 0
MUST SELL!  5BR/2BA Acadiana Style home on 1.43 acres.  We live only 5 minutes from I-12.  Our children go to Doyle  Schools in Livingtston.  We have the best neighbors you could ask for.  We have two fig trees, two satsuma trees, and two pear trees.  There is a small pond in the back of the property and behind that is a dog kennel.  There is also a workshop that is 20ft X 24ft.  The electric company is DEMCO.  Back porch is 11ft out all the way across the back of the house.  His and Hers closets in master bedroom.  In master bathroom, the toilet area is separate.  Three of the other four bedrooms have two closets each, one with shelves and one for hanging clothes. More info: http://www.fizber.com/louisiana-buy-single-family-home-11646888.html 07/16/2009