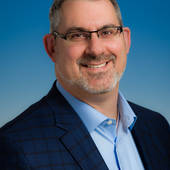 By Eric L. Green, Your IRS Tax Litigator
(Tax Rep LLC)
Listen in to this week's podcast as host Guinevere Moore discusses best practices for responding to Information Document Requests (IDRs) from the IRS, including how to balance meeting your clients’ needs with meeting ethical standards practitioners must follow under Circular 230, and how to set your client up for success in litigation through proper IDR practice if an agreement can’t be reached in exam or at appeals.Check out the episode here: https://taxrepllc.com/subscribe-tax-rep-network-podcast/  Want to contact Gwen? guinevere.moore@mooretaxlawgroup.com  Want to build your IRS Representation practice and add $100,000 to your bottom line this year? Join us inside Https://taxrepllc.com  How to get the software we use? Go to www.TaxHelpSoftware.com  and use code TAXREPTRIAL for a free... 05/02/2021
Comments 0

By Goran Utvic, We Buy & Sell Chicago Houses Fast
(606 Homes LLC | Chicagoland Brokers Inc, Chicago IL 60656)
Chicago 2 Flat Home Renovation View the progress of this Chicago 2 flat conversion to a single family home. This Chicago 2 flat was purchased with a renovation loan that covered the entire construction cost. The existing Chicago 2 flat was completely gutted to the brick and all new framing, electrical, plumbing, heating and cooling was installed. Then drywall and all the carpentry finishes. Harwood floors, kitchen cabinets, tiled bathrooms etc. The process of converting a Chicago 2 flat to a single family home is not an easy task and watching this video will help you to understand the steps necessary to complete the renovation. I specialize in Chicago 2 flats and can help you find one that would be a good candidate for rehabbing. Knowing what to look for can help you avoid buying a Chic... 12/08/2020
Comments 0 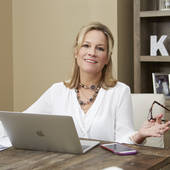 By Terri Buseman, Downtown Chicago
(RE/MAX Premier Properties)
In 2017, Wicker Park was named one of the 25 hottest neighborhoods in America by Hot Spot Rentals. Since then, it’s only continued to impress as one of the most vibrant communities in Chicago. While it received this accolade based on things like walkability, transit, budget, entertainment, and lifestyle, the soul of this dynamic area comes from its diversity and not just ethnic diversity, but its ability to blend all of its unique characteristics in harmony. While the area has been called a hipster spot thanks to an established arts community, as well as eclectic restaurants, bars, and nightlife, it’s also known for its family-friendly atmosphere. Located just west of the Kennedy Expressway, its boundaries are the 606/Bloomingdale Trail, Division St., Western Ave., and Ashland Ave. Wick... 02/09/2020
Comments 0

By Terri Buseman, Downtown Chicago
(RE/MAX Premier Properties)
1330 S. Plymouth Ct. $1,289,000 1330 S Plymouth has a fantastic layout. Three levels of comfortable living. In addition to the 5 bedrooms, 3 ½ baths, and 4 fireplaces, there are many features that most homes do not enjoy. For instance, upon entering the home, the front door/ample porch is covered. This is ideal for package delivery and waiting for guests. It is a pleasant area to sit and relax to boot. Once passed the front door, a spacious light-filled atrium foyer with 2 closets welcomes you. Two skylights allow a flow of natural light throughout the day. A foyer is hard to come by in many South Loop homes, let alone one so spacious and welcoming.     The kitchen in this home comes complete with a walk-in-pantry, ideal for food and large appliance storage. It overlooks a massive wrap... 01/29/2020
Comments 4

By Granite Heroes, Marble, Granite & Terrazzo Restoration
(Granite Heroes)
Chicago Stone Restoration  Date: 03-02-19  County: Cook  City: Chicago, IL 60016  Job Details: Regardless of how you take care of your granite or  marble countertops, eventually they will need some  maintenance. Granite Heroes provides Chicago with professional stone polishing & restoration services. Every week we fix, polish and restore all species of natural stone counter tops & vanities. This project documents the honing of a marble countertop in a Chicago high rise. This job consisted of reducing the polish on the counter top form a high polish to a honed finish. Honing marble and honed finish on natural stone are becoming more and more popular. We find our Chicago stone restoration clients prefer a honed finish on their marble vanities because its more resistant to etching ... 03/14/2019
Comments 0

By Granite Heroes, Marble, Granite & Terrazzo Restoration
(Granite Heroes)
Granite Countertop Seam Repair: Chicago & Northshore ILDoes your countertop have cracked or missing material falling our from the seams. This is actually very common. Granite Countertop seam repair is a common and affordable maintenance service in the Chicagoland area. A seam in a granite countertop is something you can see and feel. Most times there is at least 1 seam in a typical kitchen countertop.  If your kitchen countertop is longer than 10 feet then it most likely will have a seam. This video documents the removal of old filler from a clients kitchen countertop in Chicago.6 Common Seam Repair Questions: How much does granite repair cost? How do you break granite countertop seams? Do granite countertops have seams? How do you repair epoxy granite? How much does it cost to seal gra... 12/18/2018
Comments 1

Slate Floor Refinishing - Before & After - Chicagoland

By Granite Heroes, Marble, Granite & Terrazzo Restoration
(Granite Heroes)
Step 1: Slate Floor Cleaning & Stripping This is what happens to natural stone floor, specifically slate, when the flooring is waxed with a carpet covering the floor tiles for a period of time.  Slate floors are a common flooring element in most homes in the Chicagoland area.  Most of the flooring has years of wax and buildup from outdated cleaning tactics.  Don't Fear, The Granite Heroes are here and have modern day solutions for old school problems.  Step 2: Edging and Detail Striping The most important part of any Chicago floor refinishing service we provide is the details. Natural stone shows every imperfection.  This Chicago slate floor restoration project really  the need to remove illustrates the wax from the edges and create a uniform finish to the slate flooring. We use specia... 12/11/2018
Comments 0

By Granite Heroes, Marble, Granite & Terrazzo Restoration
(Granite Heroes)
Do you schedule marble restoration service the same way you schedule your HVAC guy? (Chicagoland) Marble is a elegant stone which holds a hyper sensitive polish a needs the guidance of a Granite Hero. White marble is the mainstream design trend in Chicago, & will require yearly maintenance to keep the new, clean & modern look.  Do you have a Chicagoland marble restoration service to repair and maintain the appearance of your kitchen island and counter tops?  What about the bathroom vanities? Are those natural stone?  Natural stone or marble is exactly what it sounds like, natural stone. This means its functionality has been essentially re-purposed by man kind to be used as a furnishing. This engennering of sorts will then require routine care and maintenance in order to preserve the ... 12/10/2018
Comments 0

By Granite Heroes, Marble, Granite & Terrazzo Restoration
(Granite Heroes)
Marble is mined and quarried from the mountains.Marble is a metamorphic stone found in the mountains of North America, South America, Asia, and, Europe. Italy is the most famous region form the mining and distribution of marble. Marble doesn't come from the corn fields of Chicago.  Massive amounts of heat and pressure, changes limestone physically and chemically into something harder and denser over millions of years. This creation process is known as recrystallization. Despite what your contractor may tell you, No two slabs are exactly alike!Think of a slab of marble like a set of finger prints. No, 2 sets are the same.  Its super important when choosing a stone slab before fabrication and installation your contractors have the proper overage estimates to insure if something goes wrong... 12/06/2018
Comments 1

By Granite Heroes, Marble, Granite & Terrazzo Restoration
(Granite Heroes)
Expert Marble Shower Cleaning services near Chicago, IL Do you have a marble shower with dirty grout lines?  Is the caulking and silicon moldy or cracked and falling apart? If any of these sound familiar then you need to have your shower professionally cleaned and sealed before water damage effects the look of your shower. Granite Heroes utilize multiple techniques to clean and hone your marble shower tiles back to their original factory finish.  For more information regarding our Chicago marble cleaning services give us a call today at 312-800-1659 to learn more.  Visit our website at graniteheroes.com to upload photos of your marble cleaning project via our photo uploader.  We service both Chicago, Lake County, Cook County and Dupage Counties in Illinois.    11/05/2018
Comments 0

By Granite Heroes, Marble, Granite & Terrazzo Restoration
(Granite Heroes)
Chicago Marble Cleaning and Polishing Services This holiday season take advantage of our Chicago marble cleaning and polishing services. Save $75.00 on your next project. Call today @ 312-800-1659 and provide the Promo code HERO18. Offer is valid on all marble showers, marble floors and marble countertops. Residents must be located in the City of Chicago. Visit graniteheroes.com for more info.           10/15/2018
Comments 0

By Granite Heroes, Marble, Granite & Terrazzo Restoration
(Granite Heroes)
Granite Hero October Hints: Before You Buy Your Stone, Know Your Stone! These days all  you need to do is walk into a local stone yard and you ll see an astonishing range of granite, quartzite, marble, onyx, and more. But does this abundantly available supply of natural stone options come with a hidden cost? The answer more times than not is yes!Choose your natural stone counter tops wisely.Harder more dense stones like granite are the best choices because they are perfect for  kitchens where durability counts. Stay away form Softer stones like marble and limestone if you have "high traffic" in the kitchen. These exotic soft stones require more care and are better choices for bathroom vanities.  “There’s a trend toward white marble right now”Marble has been prominently used in European ... 10/02/2018
Comments 0

By Granite Heroes, Marble, Granite & Terrazzo Restoration
(Granite Heroes)
Project Description: Marble Floor Polishing Service: Project Date: 8-13-18Project Location: Chicago Loop Floor Cleaning Summary:This was a pretty straight forward marble floor cleaning and polishing job. The clients floor was designed of creme marble and needed some maintenance. The marble had bad etch marks present around the toilet and sink areas of the floor. The high-polished floor tiles had become dull over the years and needed to be honed and polished. The first step of this project required us to prep the work space and then clean the grout joints first.  After the grout was cleaned we then utilized diamond technologies to reproduce the factory finish of the marble tiles.  After the floor was polished we sealed the floor with a penetrating stone sealer UV & Oil resistant.  Arti... 08/14/2018
Comments 0 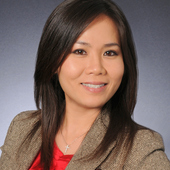 Houses for sale in Chicago Neighborhoods

By Delphine Nguyen
(Baird & Warner)
Chicago IL has the third largest population base of any city in the U.S.  Chicago consists of 51 communities and villages, but nine prominent neighborhoods are especially worth researching if you seek a home for sale in Chicago IL. Let's explore Chicago neighborhoods! Browse Chicago Neighborhoods New Listings The Gold Coast was created by Potter Palmer after the Great Chicago Fire. Lake Michigan lakefront helped to attract homebuyers and investors to the God Coast where some original mansions still exist today. The Gold Coast also offers Chicago buyers new condos, townhomes and single-family homes.Lake Shore East consists of acreage in the core of Chicago’s downtown so apartments, condos, and townhomes lean toward luxury that is supplemented with panoramic cityscapes and fine dining. La... 07/15/2018
Comments 0 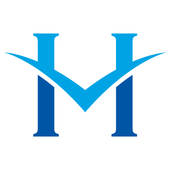