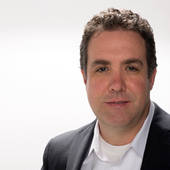 Words for a New Year.

By Rod Rich, Atlanta- Associate Broker
(Atlanta Communities Real Estate)
"If you prepare yourself at every point as well as you can...you will be able to grasp opportunity for broader experience when it appears."- Eleanor Roosevelt 01/16/2007
Comments 0 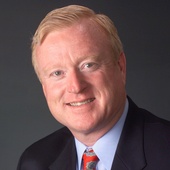 It's important to use only one real estate agent!

By Jim Crawford, Jim Crawford Atlanta Best Listing Agents & REALTOR
(Maximum One Executive REALTORS®)
Since the arrival of the Internet, many home buyers view the Internet as an online brochure of Atlanta homes for sale, and Atlanta real estate.  The home buyers now view the real estate agents, and Atlanta REALTORS as someone that can just open the door for them.  More often than not, it has been our experience that the Atlanta home buyer already has an agent.  Too bad for them, their agent does not work real estate full time.  A full time agent is not afraid to tell their client (When they are under a signed buyer agency with them) not to buy a home. A professional Atlanta real estate agent will cite their reasons why!  Perhaps the home is way overpriced, maybe the road behind the house is scheduled to be widened...it could be the home has been on the market for a long time because the... 01/14/2007
Comments 11

Why use an Atlanta buyer's agent when buying a home in Atlanta?

By Jim Crawford, Jim Crawford Atlanta Best Listing Agents & REALTOR
(Maximum One Executive REALTORS®)
"Why it is important to have an Atlanta buyer's agent when buying a home?" Because in most every state, the listing agent can only represent the seller!  Why, because they already have a listing agreement or contract in writing that obligates them to fulfill this duty.  There is nothing in that listing agreement that says they will represent the buyers.  In fact, they may have an obligation not to! Under the the terms outlined in the listing agreement, they have a duty to only represent he sellers.  Now, they may disclose all known facts about the property, and can perform ministerial duties for the buyers such as giving you the names of home inspectors or mortgage lenders, but that is about it!  They are not lawyers.  They are not obligated to advise you about termite inspections, fina... 01/12/2007
Comments 0

By Jim Crawford, Jim Crawford Atlanta Best Listing Agents & REALTOR
(Maximum One Executive REALTORS®)
In the Atlanta real estate market there has probably never been a better time to buy a home or real estate then there is today!  There is a lot of Atlanta homes for sale in the current market, but that is a good thing!  That means there are more choices for great homes, in great locations, and great financing choices available! It's opportunity time! While most of the nation has had major run ups in prices over the last few years, Atlanta real estate prices did not!  Atlanta home values, and neighborhood home prices never went crazy! We averaged one of the lowest in the nation.  That is a great thing!  It meant that housing is available, and affordible here.  Since Atlanta is a world class International town with our own internationals airport at Hartsfield, a mass transit system called... 01/06/2007
Comments 12 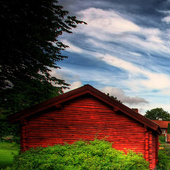 Atlanta Real Estate is going to surge in 2007

By Home Design, Home Design and Real Estate
Listen up all of my Atlanta REALTORS, Mortgage Brokers, Home Inspectors, and Appraisers!  Its time to increase your staff. This year is going to be fantistic to say the least.  Personally I have had a huge surge in business in December, and I know for a fact I am not the only one.  My website hits have doubled in November and December, due to an influx of people wanting to make a NEW YEARS change.  Out of State Relocation leads are coming in daily.  Looking back at this time last year, the Atlanta Real Estate market was much slower.  I believe this late 2006 surge is going to make 2007 a banner year for us all!  CNN has picked Atlanta as a Top 10 Cities on where to buy now.BusinessWeek also Predicts Positive Growth and an increase in Atlanta median home priceFinally we have some positiv... 01/02/2007
Comments 2

By Dagmar Sands, Atlanta, GA
(Real Estate International, Inc. )
Heart Smart Properties offers Home Owners, Real Estate Agents, Speciality Communities, and Builders exposure of their Heart Smart Certified Properties. A home is both the largest financial investment a consumer will make and the largest Lifestyle Investment they make. Let everyone know that your home promotes a Healthy Heart Smart Lifestyle. Your properties will be seen by both Local, National and International Buyers.  In addition you will receive a Heart Smart Certificate to give to the owner of the home and the new Buyer, letting them take pride in the knowledge that their home is special.   You can also purchase a Heart Smart Certified Property Sign so that your home stands out from the rest. We also offer you Advertising Opportunities for not only your properties but for yourself. ... 12/27/2006
Comments 1

By Laurie Furem
Today was the day of the long awaited 100-day naming ceremony of Zoo Atlanta's panda girl cub.  The name was determined through a public online poll sponsored by the Atlana Journal Constitution.  Voters had a list of 10 names that were suggested from various sources including Zoo Atlanta, local media and the people of China.  Mei Lan won with 22% of the vote."Mei Lan" means Atlanta Beauty.  Dennis Kelly, Zoo Atlanta President and CEO said "the name recognizes both her birthplace and her homeland. "   The naming ceremony was also attended by many Chinese dignataries who applauded Zoo Atlanta's commitment towards "conserving the species in the wild."At her checkup yesterday, Mei Lan weighed in at 12 pounds and had taken her first steps.  You can expect to see her d... 12/15/2006
Comments 2

By Laurie Furem
Atlanta based Home Depot reported on Wednesday that it plans to buy "The Home Way" and estabish a retail presence in China.  They expect the deal to close by the end of 2006 and it has already been approved by the Chinese government.  Near the end of 2004, Home Depot had opened a business development office in China to evaluate marketplace strategies and gain consumer insights.The Home Way is a Chinese home improvement retailer with 12 stores located in 6 cities and around 3,000 employees.  Get this:  the Chinese home improvement market has been growing at a compounded annual rate of 20% and is valued at $50 billion. The chairman, president and CEO of Home Depot Bob Nardelli said:  "This acquisition provides us with a great point of entry in one of the world's largest and fastest-growin... 12/15/2006
Comments 2

When looking for a Realtor...What are your prerequisites?

By Sherrell Anderson
(Solid Source Realty)
If you need to buy a new home or sell your existing home, how do you choose your Realtor?  12/12/2006
Comments 4 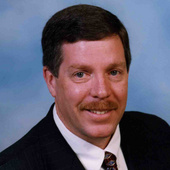 10 Questions You Need Answers to Before Selling Your Home

By Dan Benefield
(Benefield Realty)
10 Questions You Need Answers to Before Selling Your Home  1). Where do I start?  First, make sure you're ready to sell, then, determine what the market is doing in your neighborhood. Research what other properties similar to yours have sold for. Then look at what is currently on the market in your neighborhood. Determine how your house compares to these findings in terms of size, features, condition, terms offered, & location. You must be competitive with what others have done and/or are doing. You may want to consider getting a certified appraisal of your property. Typical cost for that is between $300 and $500. A Realtor® can help you with all the research you need. Visit http://www.benefieldrealty.net/ for additional tips.  2). What are the legal ramifications?  Legalities of a real... 12/12/2006
Comments 1

Tree lighting at the Governor's mansion

By Tim Maitski, Truth, Excellence and a Good Deal
(Atlanta Communities Real Estate Brokerage)
I keep hearing about all of the gloom and doom on the TV and radio.  I hear many agents in my office complaining about their listings not being shown.  But in the last month, we've had 3 buyers get beat out of homes by competing offers.  All of them were in no rush because they thought it was a buyer's market and they were in complete control.  All three of them waited just a bit too long and allowed someone else to come in a buy it.  I've been also getting email inquiries on homes and then finding out they are under contract.  I have a feeling that the market is turning back up.  Interest rates are down, the stock market is up, the Democrats don't seem like they will do too much damage.  The negative for the Atlanta market is the huge number of foreclosures.  There's been about 4000/mo... 11/29/2006
Comments 0

No Closing Cost Loans, Deal or No Deal?

By Tim Maitski, Truth, Excellence and a Good Deal
(Atlanta Communities Real Estate Brokerage)
The late Milton Friedman popularized the expression "There's no such thing as a  free lunch".  By listening to some very popular radio ads by an Atlanta mortgage company you would think that anyone who willingly pays closing costs for a mortgage is either an idoit or is being ripped off.  This guy doesn't charge any closing costs.  His mortgages are "free". That guy has to be making a lot of money to pay for all those radio ads.  So where does he make money if he doesn't charge closing costs? Instead of charging closing costs to fund his company, he sells mortgages with higher interest rates that banks will pay a premium for.   It's nothing  special that no one else can do.  Ask any loan officer to quote you a no closing cost mortgage.  They all can.  The question you have to ask is whi... 11/27/2006
Comments 1 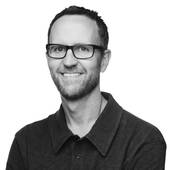 By Brad Nix
(Path & Post Real Estate)
As a life long Braves fan, I will always support my home team. However, the Braves don't always get the fan support they deserve from the City of Atlanta.The Braves won 14 straight division titles, a feat that will likely never be matched by any professional sport team...ever, and yet the national media mocks the Braves fan base. The Braves have fielded at least 5 future Hall of Famers over the last 15 years, and still the City of Atlanta gets criticized for not supporting the Braves. The Braves have had multiple MVP, Cy Young, Rookie of the Year, ERA Title, Saves Title, and Home Run Title award winners, and the stadium is still rarely packed full. Why doesn't a city of 4 Million+ people better support a super-succesful team?Chicago Cubs sell out every game and they can't win anything. ... 11/21/2006
Comments 1