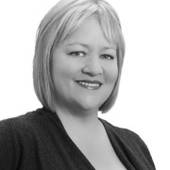 Why Some Palm Harbor Realtors are Bored

By Julia Horton, ASKjulia. REAL estate. REAL answers.
(Coldwell Banker Realty)
Lately, when not in the Keller Williams Realty Palm Harbor office, we've run into far too many bored Palm Harbor real estate agents.  Some are from real estate offices that are on the verge of closing.  I plead to them "There IS hope.  There IS a success plan!".    Most often it lands on deaf ears.  I must not be conveying my message with enough conviction, or maybe I come off as annoying, or maybe I'm just too busy to do so properly.     On Monday, I was told about a Palm Harbor real estate agent, a fairly well known one just a short year or two ago, was looking for a part time job.   We'll call her Sally. On Tuesday, I ran into another Palm Harbor Realtor that used to do a LOT of business in Pinellas County, and let it suffice to say that the opposite has been true for her lately.  We... 11/12/2008
Comments 0

Pinellas Real Estate Sales as of August 2008, The Good, Bad and The Ugly

By Julia Horton, ASKjulia. REAL estate. REAL answers.
(Coldwell Banker Realty)
Do you want to know what's really happening with Pinellas Real Estate?  Want to avoid the sugar-coated smooth talk and just want honest answers? Suncoast Partners and The Pinellas Peach take pride in providing meaningful knowledge, insight and data to assist you with making informed Pinellas real estate investment decisions.  Above is our first monthly installment of data that's seemingly too difficult for the educated Pinellas real estate consumer to find these days. PRO, The Pinellas Board of Realtors, dispenses boat loads of data each month.  Some meaningful and some, quite frankly, will put even the most analytical types to sleep.  ZZZzzzzzzz. We've assembled the parts we believe are important, but we need you to please let us know what you like, don't like, and what data, if any, ... 11/12/2008
Comments 0

The Pinellas Trail - All 34 Miles of it and Still Growing ...

By Julia Horton, ASKjulia. REAL estate. REAL answers.
(Coldwell Banker Realty)
At The Pinellas Peach, we are raving mad about The Pinellas Trail, which is the stupendous 34-mile artery that connects residents from Tarpon Springs to St. Petersburg.   Originally the Orange Belt Railway in 1884, The Pinellas Trail is now used by over 90,000 bicyclists, runners, roller bladers, and Sunday strollers per month.  In 1983, the trail was the brainchild of a man who's son was killed while riding his bike.  By 1990, the first 5-mile section opened connecting Taylor Park in Largo to Seminole Park in Seminole.  The trail has now grown to over 34 miles long as shown on this map, and just this year plans were put in place for the Pinellas Trail Loop, which will connect The Pinellas Trail from downtown St. Petersburg to SEE REST OF STORY HERE 09/07/2008
Comments 0

By Julia Horton, ASKjulia. REAL estate. REAL answers.
(Coldwell Banker Realty)
Effective October 1st, you can no longer have the seller pay your down payment on your Palm Harbor real estate investment, or even a hut in Timbuktu.  Unless you're a veteran of the armed forces, you will need at least 3% of your own or gifted money to purchase a home anywhere in the US - with no exceptions.  The reason?  The recent approval of HR 3221 and all that it entails.  The passage of this bill eliminates ALL seller-funded down payment assistance with FHA-guaranteed loans. In addition, if you were thinking of buying a new home, home buyers will no longer be able to rely on nonprofits that funnel money from home-builders into seller-funded down payment assistance programs. HR 3221 therefore finalizes HUD's long quest to end that practice as well. The US Department of Housing and ... 09/06/2008
Comments 0

What happens to Our Ozona, FL Real Estate Values if our Neighbors Do a Short Sale?

By Julia Horton, ASKjulia. REAL estate. REAL answers.
(Coldwell Banker Realty)
The first in our Ask Julia - Your Pinellas Real Estate Questions Answered... Q:  What will the sale of our neighbors home do to our value?  Two houses in our Palm Harbor neighborhood sold under market value as short sales.  What does that do to the market value?  Both of the houses needed substantial upgrading.  We have upgraded our home from top to bottom.  Will our efforts at improvement be to no avail?  Pat. A:  Pat, I regret to say that these neighboring Palm Harbor home sales will affect your value, but perhaps not as much as you're concerned about. Pinellas short sales and foreclosures everywhere are a major piece of the puzzle that are driving prices down. A whopping 38% of Pinellas County homes for sale are currently short sales - a growing trend that's expected to continue full... 08/31/2008
Comments 0

By Barbara-Jo Roberts Berberi, MA, PSA, TRC - Greater Clearwater Florida Residential Real Estate Professional, Palm Harbor, Dunedin, Clearwater, Safety Harbor
(Charles Rutenberg Realty)
I can remember back when I was a kid, Ozona was a sleepy little fishing village and really nothing more! There were modest homes - actually less than modest - most of them were so small that the younger generations today cannot imagine living in anything so 'tiny'.... but it was how people lived back then! Ozona was off the beaten path, just a cozy place to kick back and fish! But the times are sure changing! Now the homes are so big that I cannot imagine having to clean one of them myself!!! And every square foot is either already developed or in the process of being developed! Since they are all so close to the Gulf of Mexico, the homes have to be high enough off ground - another concern we did not deal with back in the 50's and 60's!!! A typical beach community driveway - crushed sea... 11/19/2007
Comments 2

By Barbara-Jo Roberts Berberi, MA, PSA, TRC - Greater Clearwater Florida Residential Real Estate Professional, Palm Harbor, Dunedin, Clearwater, Safety Harbor
(Charles Rutenberg Realty)
Today I was out driving around looking at homes when I came across Strachan's Homemade Ice Cream. There was no way I was going to just drive on! I know this place way too well to do that! They have the best homemade ice cream in all of Ozona! (By the way, Ozona is west of Palm Harbor in north Pinellas County) So I took a break from my noon time activities and had a scoop of maple walnut ice cream to cool off before continuing on to see more homes! If you are in the neighborhood, they also have wonderful homemade fudge and pies!!!!   11/18/2007
Comments 0
<< Previous 1 2 3 Next >>
Explore Ozona, FL
Ozona, FL Real Estate Professionals