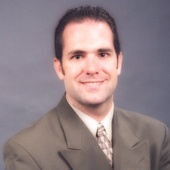 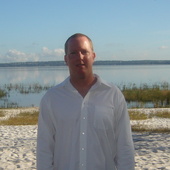 By Delete Account
"If the chimney ain't smokin, we ain't open". This is the slogan that you will see when you come to Jack's BBQ in Minneola, Fl. The slogan that they should use is, "Best dadgum BBQ in South Lake County!". I guarantee they will never use my slogan, simply because of the word "dadgum". You see dadgum is a word that Florida State Seminole Head Football Coach Bobby Bowden always says. When you walk into Jack's BBQ, you will see that they aren't so much anti-Florida State as they are die hard Florida Gator fans. You see where their allegiance lies immediately. Right there beside the cooler that houses the best potato salad I have ever had is an autographed Tim Tebow football. Beside that is a Jeff Demps signed picture. If that doesn't tip you off, maybe all of the pictures and all of the Ga... 10/15/2009
Comments 2

By Delete Account
Davis Signature Realty LLC has compiled the following September 2009 Market Report for Clermont Florida from data gathered from the Mid Florida Regional MLS.     The 21 closed transactions was the highest total for a month posted by Minneola Florida in 2009.       Of the 21 closed transactions, 7 of those homes were sold by non-distressed sellers. That doesn't seem like a big number, but that is really great progress for the Minneola Real Estate Market. The average sold price was $126,461. This number is down about $2000 from last month, but the good news is, is that the average price per sqaure foot rose two dollars to $71.41. The average square footage purchased was 1771 sq. ft. 10/05/2009
Comments 0

By Delete Account
In my post yesterday about ICF Blocks, I mentioned that I had the opportunity to visit over at the African Inland Mission in Minneola, Fl. For those who may not know, the African Inland Mission is an area of about 23 acres where alot of retired missionaries live. They have been building a huge facility over there and I was introduced to the contractor a week or so ago and he invited me to take a tour of the new complex.     This new building is approximately 17,000 sq. ft. and it is the home of the dining hall, library, kitchen, offices and a few apartments.     The picture above of the dining hall isn't that great of a picture...I apologize. With all of the windows in this room, there was a glare everywhere I turned. You can't really tell from this picture, but this dining hall is beau... 09/24/2009
Comments 0

By Delete Account
In a previous blog entry, I told you a little bit about a great 501c3 Non Profit Faith Based Organization called New Beginnings. Some good things have happened for New Beginnings since that last entry. One major thing was the acquisition of the old Mulberry Inn in Clermont. The Mulberry Inn is being remodeled and will be a home for women with small children.   The reason for this new blog entry is because New Beginning's will be holding a "Fill The Truck" event at 2econd Life Resale, September 12th from 9:00AM -2:00PM. They will be collecting bags of food to "stock their pantry" to give to the needy. Help "Fill The Truck" and you will receive 20% off of all of your purchases at 2econd Life Resale that day.   I know we are in a National Recession and it is hard to put food on your own ta... 09/09/2009
Comments 0

By Delete Account
Davis Signature Realty LLC has compiled the following August 2009 Market Report for Clermont Florida from data gathered from the Mid Florida Regional MLS.       Of the 14 closed residential transactions in Minnneola Florida for the month of August 2009, 7 of these were REO/Bank Owned/Lender Owned properties, 2 were short sales and 5 were non-distressed sellers. The average sale price was $129,298. The average amount of square footage was 1873 sq. ft.   Here is a look at how Minneola Florida has fared so far in 2009:       Johnny Davis Davis Signature Realty LLC Broker/Owner Certified Short Sale Professional www.davissignaturerealty.com 09/03/2009
Comments 0

By Delete Account
A friend of mine at church was asking about the activity and sale prices for her subdivision, Oak Valley. Oak Vally is located in Minneola Florida, right off of Hwy 27. Below, you will find the stats for Oak Valley that was compiled by Davis Signature Realty LLC using information from the Mid Florida Regional MLS.     July Market Report for Minneola Florida Subdivision: Oak Valley All of the information below, occured in July 2009. New Listings: 1 Pending Listings: 3 Sold Listings: 1 (Short Sale. 1215 Windy Meadow Dr. 4/2 1788 sq. ft. $100,000.) Since the July statistics didn't show much activity, let me show you the sold listings for all of 2009 for Oak Valley. Sold Listings: 27 The average size sold house is 1832 square feet. The average sold price is $125,509. The average per square ... 08/19/2009
Comments 0

A Mechanic You Can Trust?

By Delete Account
Recently, I was having some car troubles. Driving through neighborhoods, my car would just start stalling for no apparent reason. I called a few mechanics to get their opinions on the problem. Of course, they would do a diagnostic test to see what the problem was. One problem though, all of them were going to charge me for the test, even if they couldn't find the problem.  Finally, I stumbled across Eric Caporale of Caporale Automotive in Minneola, Florida. Eric told me to bring my car in and he would run the diagnostic test for me and if he found the problem and I let him do the work, he would waive the diagnostic fee. That sounded like a pretty fair deal, so I let Eric do his test. Later that day, he called me back and basically told me that the problem was 1 or 2 sensors. I was waiti... 08/05/2009
Comments 0