By Daniel Hornek
(Barclay's Real Estate Group)
Metropolitan Condo at Brickell Miami        Metropolitan Floorplans     Condo Listings Sale and Lease  The Metropolitan Condo at Brickell Miami- Known as the "Park Avenue of the South", Miami's Brickell Avenue has become famous for its luxury Condominium towers featuring lavish residences with breathtaking views. The Metropolitan with neighborhood's tradition for luxurious Condominiums with resort-like amenities, but its accessible pricing is a first for the area. Designed by renowned architect Luis Revuelta and developed by Coscan Homes, The Metropolitan is a 27-story luxury  Condominium tower located in the last available parcel of land on Brickell  Avenue featuring 199 Condominiums with private terraces offering magnificent views of downtown Miami and Biscayne Bay. METROPOLITAN CONDO... 10/11/2007
Comments 0

Search for Condos in Miami

By Daniel Hornek
(Barclay's Real Estate Group)
PROPERTY TAX: Crist pushes scaled-down tax planThe governor increased the heat on legislators to take up his approach to tax reform, offering fewer savings but more popular approaches. MARY ELLEN KLAS AND MARC CAPUTO, meklas@MiamiHerald.comWith three weeks to go before a property-tax referendum would be dead for a year, Gov. Charlie Crist pushed legislators hard Tuesday to embrace a scaled-down plan he says will revive the real estate market -- but that would save the average homeowner less than $250 a year. The key differences between Crist's proposal and the one a judge threw off the Jan. 29 ballot: It protects the Save Our Homes tax cap, provides "portability" to allow homeowners to transfer tax savings to a new home, boasts a number of pro-business savings and doesn't take money fro... 10/10/2007
Comments 2

By Daniel Hornek
(Barclay's Real Estate Group)
Realtors group lowers sales forecastPosted on Wed, Oct. 10, 2007The Associated PressWASHINGTON -- The decline in 2007 sales of existing homes will be steeper than previously anticipated, a trade group for real estate agents said Tuesday.  The eighth straight downwardly revised forecast from the National Association of Realtors calls for U.S. existing home sales to be 10.8 percent lower than last year as housing market struggles persist.In its October report, the association predicts 5.78 million existing homes to be sold in 2007, down from 6.48 million last year. Last month, the association predicted an 8.6 percent drop from a year ago.This year's sales would be the lowest since 2002, when sales hit 5.63 million. Sale prices for existing homes are forecast to drop 1.3 percent to a media... 10/10/2007
Comments 1

By Daniel Hornek
(Barclay's Real Estate Group)
See Brickell key Condos Home PageBrickell KeyA tiny, gated island located in downtown Miami (Bayside Entertainment Complex, American Airlines Arena - home of the Miami Heat). Just east of the financial district, about a 10 minute drive to: famous South Beach, Coconut Grove, and Coral Gables. Miami International Airport, University of Miami, and internationally-acclaimed medical facilities are easily accessible, too. The island has a path all the way around it - perfect for jogging and you get beautiful views along the way! There are a few shops and restaurants on Brickell Key and the Mandarin Oriental Hotel calls it home as well.Brickell Key fabulous living on an exclusive island in the very heart of Miami. A vibrant international city that is yours to enjoy or escape. In mere minutes, ... 10/09/2007
Comments 0

Property tax reform and what it means to you - Miami Florida

By Daniel Hornek
(Barclay's Real Estate Group)
Property tax reform and what it means to youPosted on Mon, Oct. 08, 2007 BY MARTHA BRANNIGANmbrannigan@MiamiHerald.comWhile the state appeals that ruling in a bid to get the super exemption back on the ballot, the Legislature plans to call a special session later this month. One option is to fix the ballot language. But now lawmakers -- seeing dimming voter support for the super exemption -- have started to ponder a different approach to tax cuts, including portability that would give homeowners a super exemption of some sort to preserve some tax savings when they move to another home.If there were a shortcut to understanding property-tax reform, we wouldn't hold out on you. But deciphering the potential options ahead, including the proposed super exemption that would phase out the Save... 10/08/2007
Comments 2 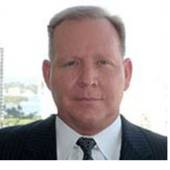 By Investor Realty Group, Local Expertise with a Global Reach
(Investor Realty Group, LLC)
Real estate auctions are growing rapidly throughout the state of Florida. As a subprime lending crisis grows, Real Estate Auctions are now considered a key alternative for selling real estate in the state of Florida.Properties owners all of types (luxury, distressed, investors etc.) are now turning to real estate auctioneers to assist them in selling their assets quickly and for the highest possible price.In October alone there are well over 1500 auctions that are curently scheduled to be sold !   10/07/2007
Comments 2

The Mark on Brickell Condo

By Daniel Hornek
(Barclay's Real Estate Group)
MINT CONDO HOME PAGE     Mint at Riverfront residents may stay within the secure enclave and enjoy the tree-shaded walkways, on-site spa, coffee bar or the gourmet market. Boat enthusiasts will be thrilled by our dockage, located only a short distance upriver from the bay. Mint's is minutes from the main attractions and nightlife that Miami has to offer, 5 minutes from South Beach, 10 minutes from the MIA airport, next to the Miami's financial district, 5 minutes to the American Airlines Arena and Bayside Mall and in the center of all the action. About the Mint CondoType: Luxury Waterfront CondoDelivery: January 2009 (estimated)Sizes: 819 to 1,834 sq feetBedrooms: 1 to 3Waterfront: RiverPets: YesTotal Units: 602Number of Stories: 56Estimated Maintenance: $0.45 (price per SqFt) 10/05/2007
Comments 0

By Daniel Hornek
(Barclay's Real Estate Group)
Florida's existing home sales ease in August August existing-home sales fall on temporary mortgage problems, says NAR: Florida's median sales price for existing single-family homes last month was $231,900; a year ago, it was $246,800 for a 6 percent decrease. The median is the midpoint; half the homes sold for more, half for less. In August 2002, the statewide median sales price for single-family homes was $141,200, for an increase of 64.2 percent over the five-year-period, according to FAR records.In July 2007, the national median sales price for existing single-family homes was $228,600, down 1 percent from the previous year, according to the National Association of Realtors® (NAR). In California, the statewide median resales price was $586,030 in July; in Massachusetts, it was $365,7... 10/05/2007
Comments 0

Save Our Homes portability back in play for tax cuts - Florida

By Daniel Hornek
(Barclay's Real Estate Group)
Save Our Homes portability back in play for tax cutsThe Legislature's plan to cut $1.1 billion from the state budget doesn't trim every area equally.Posted on Fri, Oct. 05, 2007BY MARC CAPUTO, MARY ELLEN KLAS AND GARY FINEOUTmcaputo@MiamiHerald.comPHIL COALE/AP Members of the Florida Senate open a special legislative session Wednesday in Tallahassee. They will try to close a $1.1 billion state budget gap. Video | Special Session: Legislators To Vote On Cuts Political Currents | Complete coverage of local, state, national and hemispheric political news No-fault reform hits a snag TALLAHASSEE -- A judge's recent ruling junking the Legislature's property-tax plan has turned out to be a blessing in disguise for lawmakers, because it is allowing them to dig for something better in their favo... 10/05/2007
Comments 0