By Winston Heverly, GRI, ABR, SFR, CDPE, CIAS, PA
(Winston Realty, Inc.)
Residents of Palm Beach Co. Six Great Reasons to Buy a Home Right Now   To take advantage of near-record low mortgage interest rates and home prices undervalued by as much as three percent nationwide, now is a great time to buy a home. You've already missed the bottom of the market, but that doesn't mean there aren't great buys to be had out there. Your community may not have appreciated as quickly as some of the big metro areas have recently. Click HERE for more information By Blanche Evans 11/20/2014
Comments 0 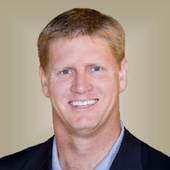 Savannah Estates in Lake Worth FL

By Mike Nicklaus
(Golden Bear Realty, LLC)
Situated in the beautiful city of Lake Worth; Savannah Estates attracts families looking for a place to call home. Homes here offers spacious lots ideal for big, growing families and alike. Residents here enjoy the use of the community’s amenities that includes a swimming pool, picnic area, and a patio area. Come visit the Savannah estates today and discover a home for your family.   11/19/2014
Comments 0

Are You Marketing on Zillow yet? The question is why not……

By Winston Heverly, GRI, ABR, SFR, CDPE, CIAS, PA
(Winston Realty, Inc.)
Are You Marketing on Zillow yet? The question is why not……   With more than 90% of the prospective clientele searching the web, have you positioned yourself as the face in your local area?  We can no longer deny or keep our head in the sand that sites like Zillow, Trulia, Homes, Yahoo Real Estate, Realtor.com, don’t exist. Future homeowners & tenants are using these sites more than ever and travel there first. One key aspect is they will narrow the area and do all their research for several months before calling you or another real estate professional. The more they see your face the better chance you have to make a sale. The example below is an indication of the traffic that views your listing. Call Nicole Jones (206) 515-8296 and say Winston Heverly referred you for special pricing in... 11/16/2014
Comments 4

By Winston Heverly, GRI, ABR, SFR, CDPE, CIAS, PA
(Winston Realty, Inc.)
Thunderstruck on Veterans Day This is a little tribute by one of the all time greatest rock bands of all time. Someone put videos and pictures to music of their hit song Thunderstruck that came out in 1990. I must confess I've been a fan since the 70's and can't believe they are weeks away of releasing another album which would make 40 years since their debut.  Enjoy with a shout out to all service men & women.   11/11/2014
Comments 4

Documents You Need For A Mortgage Loan Application In Palm Beach Co.

By Winston Heverly, GRI, ABR, SFR, CDPE, CIAS, PA
(Winston Realty, Inc.)
Documents You Need For A Mortgage Loan Application In Palm Beach County   Palm Beach County home buyers: If you are looking to buy a home here is a list of documents you will need to provide your loan officer. This will speed up the process of getting a mortgage and help all parties too.   Copies of W-2 from the last 2 years Copies of your pay stubs for last 4 weeks Employer business address and phone number to verify employment Bank statements for last 2 months Statements for Investment accounts (401k, Mutual funds, CD, etc.) for the last 2 months Copy of your driver license – front & back Copy of lease (for investment properties) Copy of mortgage statement for investment property VA Certificate of Eligibility (VA loans only) Divorce papers, separation agreement, and property settlem... 11/09/2014
Comments 1

By Winston Heverly, GRI, ABR, SFR, CDPE, CIAS, PA
(Winston Realty, Inc.)
Lake Worth, of Palm Beach County, FL Market Stats & Facts for September 2014 Stats and facts about Lake Worth, Florida, are out for the month of September 2014.  The report is packed with information about the county and the local city mentioned above. In a nut shell the inventory of single family homes available for sale are at a 4.4 month selling point which is down nearly 14.9%from a year ago. That’s a good sign things are loosening up and people are buying. Click on this LINK, for more graphs and stats.   Whether you are buying or selling in this hot market of the County of Palm Beach, FL, choosing the right company will save you money, time and many sleepless nights. I not only have 30 years experience as a Realtor, construction was a passion of mine as well. This alone is worth s... 11/01/2014
Comments 0 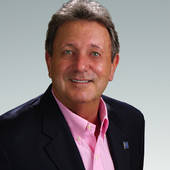 By Donald Urschalitz, P.A. Realtor ABR RSPS North Palm Beach County
(Lubeck Realty Group)
The numbers are in for September 2014 for Palm Beach County cities. The biggest benefit in this monthly marketing report for our readers is to provide content rich local information from a trustworthy source The Realtors® Association of the Palm Beaches.  Understanding that an educated buyer and seller when provided with the latest facts in our marketplace creates trust and develops relationships to make educated decisions when it comes to buying and selling real estate. I hope you enjoy the reports and look forward in discussing any questions that you might have in one of the most desirable real estate markets in Palm Beach County Florida.  Please feel free to call me for any of your real estate needs.   10/28/2014
Comments 3

By Winston Heverly, GRI, ABR, SFR, CDPE, CIAS, PA
(Winston Realty, Inc.)
The Daily Hot Sheet of Palm Beach Real Estate & FL Realtor  Tuesday, October 21, 2014 TODAY'S TOP STORIES Fla. housing market: Stability, balanced inventory Home sales rose 13.5% year-to-year and condos 9.8%. Statewide, prices have now risen 34 months in a row. NAR: Home sales back to highest annual pace of year. Read more. Fla. second only to Texas as top state for business In a survey of corporate execs and site selection consultants by IEDC, 1 in 5 (18.1%) said they think Fla. has the nation's most favorable climate for business. Read more. Homeowners' premiums go up less after claims in Fla. Property insurance rates can go up after just one claim, but it's only 3% in Fla. – lower than most other states – according to a study by InsuranceQuotes.com. Read more.   90-day no-flip rule ... 10/21/2014
Comments 2

By Donald Urschalitz, P.A. Realtor ABR RSPS North Palm Beach County
(Lubeck Realty Group)
Last weekend to enjoy the party.Every year the American German Club of the Palm Beaches hosts its traditional Oktoberfest on the second and third weekend of October. Held on ten acres of ground, under our pavilion and massive tent, our "Original "Oktoberfest" is one of the largest in the country! We offer authentic German cooking such as Bratwurst, Potato Salad, Leberkäse, Sauerkraut, Original Hofbräu Bier, imported from Munich/Germany or domestic beer, liqueurs, wine or non-alcoholic beverages, and for dessert some German pastry. Enjoy traditional folk dancing, choral singing, and sing-along's with two Bands coming straight from Germany. Folk dancing performances will be featured, vendor & craft booths, Carnival for... 10/16/2014
Comments 1 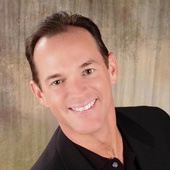 12 Short Sale Solutions for the Residents of South FL

By Winston Heverly, GRI, ABR, SFR, CDPE, CIAS, PA
(Winston Realty, Inc.)
12 Short Sale Solutions for the Residents of South FL   The first step is acknowledging the fact that the property may be upside down in value. If this is the case than the there are really only two options letting the bank foreclose or avoiding this by short selling. Step 1.   We will meet in our office or a location suitable to discuss the process. Depending on what bank such as Wells Fargo, Chase, Bank of America, CitiMortgage, to name a few, will determine what approach and/or what short-sale package to use. They each have their own, so it is important to start off correctly with the right one.   Step 2.   Your application and documents required will be put together ahead of time such as bank statements, tax returns, paystubs, hardship letter, etc., along with the specific bank app... 10/12/2014
Comments 0 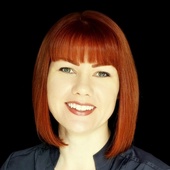 By Michelle Gibson, REALTOR
(Hansen Real Estate Group Inc. )
SMITHBROOKE TOWNHOME RENTED! This fabulous townhome featured 2 bedrooms, 2.5 bathrooms and a 1 car garage. With several updates throughout this great townhome had a lot to offer these wonderful tenants.Smithbrooke is a popular gated community located on the north side of Hypoluxo Road just west of Hagen Ranch and east of Lyons Road in Lake Worth Florida. Shopping, dining and entertainment are in every direction along with top rated schools, which are a short bike ride or drive away. Smithbrooke offers great amenities, which include a clubhouse, swimming pool, fitness center and more.6960 Thicket Trace in Lake Worth was listed and rented by Michelle Gibson, REALTOR with the Hansen Real Estate Group, Inc. If you need to list your Smithbrooke Townhome for sale or rent in Lake Worth call us... 10/12/2014
Comments 2

By Donald Urschalitz, P.A. Realtor ABR RSPS North Palm Beach County
(Lubeck Realty Group)
Oktoberfest is the most popular German custom that Germany has ever exported to the rest of the world. The German (actually Bavarian) celebration of beer and good times has gradually caught on in many parts of the world. Every year the American German Club of the Palm Beaches hosts its traditional Oktoberfest on the second and third weekend of October. Held on ten acres of ground, under our pavilion and massive tent, our "Original "Oktoberfest" is one of the largest in the country! We offer authentic German cooking such as Bratwurst, Potato Salad, Leberkäse, Sauerkraut, Original Hofbräu Bier, imported from Munich/Germany or domestic beer, liqueurs, wine or non-alcoholic beverages, and for dessert some German pastry. Enjoy traditional folk dancing, choral singing, and sing-along's with t... 10/09/2014
Comments 7

Lake Worth Homes for Sale in FL

By Mike Nicklaus
(Golden Bear Realty, LLC)
The charming coastal city of Lake Worth was once called Jewel; nestled south of West Palm Beach and north of Lantana in Palm Beach County, Florida. The city boasts an old-Floridian style with primary attractions such as the Playhouse, a municipal golf course, and a museum. It is also well-known for its acceptance of all religious and lifestyle choices.   The city of Lake Worth currently has 483 homes for sale that range in price from $150,000 to $6,000,000. 10/06/2014
Comments 0
<< Previous 1 2 … 5 6 7 8 9 10 11 12 13 … 35 36 Next >>
Explore Lake Worth, FL
Lake Worth, FL Real Estate Professionals