By Johnny Davis, Where SOLD Happens!
(Florida Realty Investments)
I had heard there was a new park in Clermont, Florida, so I decided to take my littlest one over to check it out. This is just one of the many reasons I love Clermont. In my opinion, it has a lot of things to do for families with kids.   The park is located over on 12th street, just before the bridge. For as long as I have lived in Clermont (over 20 years), the strip of land running alongside Lake Minneola had been vacant. Good to see that some people donated time, work and materials to make another nice little area for families to enjoy.       Nothing extravagant, but it gives you a nice of the lake as well. They also added several picnic tables under a couple trees.     The water was a little choppy today, but on most days, Lake Minneola is beautiful.     Apparently, everything was do... 05/31/2013
Comments 3

By Johnny Davis, Where SOLD Happens!
(Florida Realty Investments)
I receive calls and emails on a regular basis from people asking me if I could send them a list of foreclosed or Bank Owned Homes For Sale in Clermont, Florida. Instead of getting a list that could be old within a couple days, I have decided to make things a little easier for those searching for Bank Owned Homes in Clermont, Florida.   By clicking this link: Bank Owned Properties In Clermont, Florida, you will be directed to my website where I have already put in the criteria for your search. By clicking this link, you are automatically taken to all of the Bank Owned Properties in Clermont, Florida.   If you find any that you would like to view, please feel free to contact me so that I can set up a viewing of that home or property for you. Happy Searching!!! 05/29/2013
Comments 0

By Johnny Davis, Where SOLD Happens!
(Florida Realty Investments)
I recently stumbled across this picture and was fascinated by it. This is the first Publix in Clermont, Florida.     It used to be an All American Grocery store back in 1958, but was purchased by Publix. This was located I believe on Montrose Street, just down the street from Hanks Electric. Publix used this store until the South Lake Plaza opened in 1965. For those of you wondering, the South Lake Plaza is now where Gold's Gym and Kmart is. The founder of Publix, George Jenkins, dontated this old location to the city of Clermont to be used as a civic auditorium. It was named Jenkins Auditorium. I bet many of you have been in Jenkin's Auditorium and never knew it used to be Clermont's first Publix!!!         05/25/2013
Comments 0

Land and Farm For Sale in Clermont Florida

By Sandy Sills, Associate Broker
(Preferred Real Estate Brokers)
Land and Farm For Sale in Clermont Florida....                               Clermont is a small city in Florida, west of Orlando. Clermont, which is known as the “gem of the hills,” is surrounded by gently sloping hills in an otherwise flat state. The historic downtown has not changes much in 50 years. Clermont is also home to one of the first constructed landmarks in Florida: the Citrus Tower. When you are settled into Clermont, plan a visit the Citrus Tower. It was built in 1956 on one of the highest hills in the area and serves as a monument to Florida’s citrus industry. It stands 226 feet high and has a glass-enclosed observation deck at the top. You can also visit the Showcase of Citrus to pick your own oranges or take an eco-tour in a giant swamp buggy and enjoy a glimpse in... 05/16/2013
Comments 0 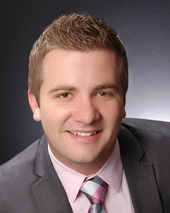 By Francisco Orchilles
(Keller Williams Classic Realty)
Orchilles, a Realtor with Keller Williams Classic Realty in Orlando, helped the young couple purchase their first home in the 34711 real estate market. The home belonged to the Department of Housing and Urban Development, or HUD for short. It had come to HUD’s possession as a foreclosure and the first time home buyers used the HUD $100.00 down payment program on a FHA secured loan. The first time home buyers had been searching for a home for quite some time, and because of a very competitive real estate market in Central Florida, they had placed several offers prior to the Clermont home, only to find that they lost the bid to an investor, cash, or conventional loan buyer. When they began working with Francisco Orchilles, he suggested that they focus their search on HUD homes because the... 05/06/2013
Comments 2

By Beth Atalay, Cam Realty of Clermont FL
(Cam Realty and Property Management)
Post Office Closing in Clermont FLPost Office that’s located inside the Circle K on Lakeshore Drive in Clermont FL will be closing their doors on March 15, 2013.I personally liked the convenience of getting gas and take care of my mailing business at the same time. I will truly miss this location around Christmas! Lines were always short compared to other post offices in Clermont, I didn’t have to make it a mission to make a trip to the Post Office. If you live in SW side of Clermont and currently use the Post Office on Lakeshore Drive, you only have three more days to visit this tiny post office that served us well over the years.  No matter how small or large, it's always sad to see a business shut it's doors I will miss having a Post Office at the gas station!There are two other Post... 03/11/2013
Comments 11

By Sandy Sills, Associate Broker
(Preferred Real Estate Brokers)
Clermont FL Home For Sale priced at $264,900! The population was 29,358 as of 2012 with the city essentially residential and economy centered in retail trade, lodging, and food and beverage establishments. The historic downtown district is still much as it was around 1960 with many places to visit and historical landmarks to learn about such as this one. The Florida Citrus Tower, one of the first constructed Florida landmarks, is located in Clermont. The tower celebrated its 50th anniversary in December 2006. Clermont, FL. is located just minutes from Disney, Universal Studios and other major attractions. Clermont is the perfect spot for "Revolution- The Off Road Experience" which is an off road motor and fishing venue set in 230 acres of Florida countryside, and also close to all major... 01/28/2013
Comments 3

By Sandy Sills, Associate Broker
(Preferred Real Estate Brokers)
Clermont Florida New Construction is proud to offer a new community "Sawgrass Bay". Sawgrass Bay is a planned community that will have 629 single family homes in Clermont, surrounded by conservation areas and ponds. With a great location only 25 miles west of Orlando and minutes away from Disney, Sawgrass Bay is the perfect place with a small town feel. It has convenient access to big-city amenities near the freshwater Chain of Lakes perfect for boating, fishing and water sports. Enjoy other outdoor activities at nearby Lake Louisa State Park, discover the lavish Lakeridge Winery, and experience great views at The Citrus Tower. Open your front door to championship golf courses, an excellent school district, featuring Sawgrass Bay Elementary school within the community, wide-open spaces,... 01/28/2013
Comments 0

By Sandy Sills, Associate Broker
(Preferred Real Estate Brokers)
Clermont, FL Home For Sale priced at $182,000! The population was 29,358 as of 2012 with the city essentially residential and economy centered in retail trade, lodging, and food and beverage establishments. The historic downtown district is still much as it was around 1960 with many places to visit and historical landmarks to learn about such as this one. The Florida Citrus Tower, one of the first constructed Florida landmarks, is located in Clermont. The tower celebrated its 50th anniversary in December 2006. Clermont, FL. is located just minutes from Disney, Universal Studios and other major attractions. Clermont is the perfect spot for "Revolution- The Off Road Experience" which is an off road motor and fishing venue set in 230 acres of Florida countryside, and also close to all majo... 01/24/2013
Comments 2

By Johnny Davis, Where SOLD Happens!
(Florida Realty Investments)
Are you looking to buy a home in Clermont, Florida? Are you looking to sell a home in Clermont, Florida and want to find out the price of the competition? Look no further!! Just click the link below and you will be able to search for homes for sale in Clermont, Florida.I know, some real estate websites make you register and track all of your information. Not this one. I don't require any information for you to search. It's 100% FREE. If you find a house you like, let me know and we can set up an appointment to check it out. If you are a buyer and need closing cost assistance, please contact me, I CAN HELP!!To start your search, just click on the beautiful picture of Lake Minneola. I look forward to hearing from you!    01/17/2013
Comments 0

By Johnny Davis, Where SOLD Happens!
(Florida Realty Investments)
314 Bloxam Ave. Clermont, Florida 34711 Platinum International Realty Group LLC has just listed the following property:         This is a cute 3 bedroom, 2 bathroom house with 1328 square feet. Fenced Yard. Formal Dining Room. New Air Conditioner and Air Conditioner Duct Work in 2010. New Electrical Work in 2010. If you are looking for a great priced home with NO HOA, this is the home for you. You will be hard pressed to find another home like this in Clermont Florirda under $100,000. Call today for your appointment.    01/08/2013
Comments 2

By Johnny Davis, Where SOLD Happens!
(Florida Realty Investments)
There were 86 Single Family Homes Sold in Clermont Florida (Zip Code 34711) in December 2012. Another good month for traditional sales. The non distressed sale continues to dominate the Clermont Florida Real Estate Market. If you look at the stats below, traditinal sales also went up in price as well. The market is continuing to move to a sellers market. REO/Bank Owned sales continues a downward trend, which is very good for the traditional seller. Closed Short Sales stayed pretty steady. With the Debt Forgiveness Act Extended, I look for short sales to slow down a bit due to lenders not being under pressure now to close them as fast. Below are the average statistics: REO/Bank Owned:  $141,744.00 or $62.15 per sq. ft. Short Sale: $175,117.00 or $74.60 per sq. ft. Traditional Sale: $2... 01/01/2013
Comments 2

By Michael Kara, Central Florida Short Sale Expert
(RE/MAX Exclusive Collection)
To See Available Listings in Clermont, Please Visit Our Site! Over the past decade, Clermont has become a real presence within the Florida real estate market. Aside from offering countless highly desirable luxury homes and having undergone huge commercial growth, a lot of the extra attention on this area can be attributed to its unbeatable location, sitting at the entrance to three of Florida’s most convenient highways: US 27, the Florida Turnpike and Highway 50. What residents also rave about in the Clermont area is the the luscious rolling hills, the historic and scenic Downtown Clermont, the beautiful spring fed Clermont Chain of Lakes, and the distinguished local golf courses at the King’s Ridge Golf Club and the Legends Golf and Country Club.The Clermont Chain of Lakes measures in ... 12/28/2012
Comments 0

By Johnny Davis, Where SOLD Happens!
(Florida Realty Investments)
Today was kind of a slow day, so I decided to just drive around Clermont Florida and enjoy the winter (well I say winter, I was actually in jeans and a tshirt) weather. I took a few pictures while I was out. Hope you enjoy them.   This is Lake Minneola. One of several lakes in the Clermont Chain of Lakes. The tall white thing you see sticking up is the Citrus Tower. It was one of Lake County's first "attraction". The white sandy area to the right is Jaycee Beach. There they have grills for cooking out, playground, volleyball nets and a covered pavilion. The Clermont Trail, which has 26 miles and runs to Apopka, starts right around here.   This picture just makes me smile. I love Clermont and the lakes we get to enjoy. So peaceful. There is so much blue in this picture that it almost doe... 12/27/2012
Comments 2
<< Previous 1 2 … 6 7 8 9 10 11 12 13 14 … 23 24 Next >>
Explore Clermont, FL
Clermont, FL Real Estate Professionals