By The Legacy Group, The LegacyGroup of CrossCountry Mortgage
(CrossCountry Mortgage)
Special Government Home Renovation Loan Program using San Luis Colorado FHA 203k Renovation Loans.Many people are not aware of a special government loan program that is part of the Federal Housing Administration or FHA (a department within HUD). A buyer or existing home owner can do meaningful amounts of remodeling or updates to their existing home without having a higher cost second lien thanks to this special FHA loan program.However, this loan program doesn't allow for "luxury items" in your home such as a swimming pool, hot tub, or other accessories. Although, you can repaint, replace flooring and appliances, add a room to an existing structure (which can add to value tremendously as you increase the square feet of your home) as well as remodel cabinetry in kitchens and bathrooms.Th... 09/12/2019
Comments 0 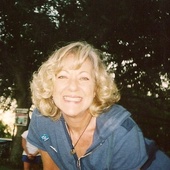 My Property near Alamosa Colorado

By Terry Haugen STAGE it RIGHT! 321-956-2495
(Stage it Right!)
San Luis, the county seat of Costilla County, is located on Colorado 159 in the San Luis Valley of southern Colorado, 35 miles southeast of Alamosa.  A picturesque little town, it lies at the mouth of the valley of the Ventero, at the foot of Culebra Peak.  San Luis was originally settled by Spanish and Mexican settlers as part of the requirements for getting and keeping a Spanish or Mexican land grant.The setting of San Luis is beautiful, surrounded by lush green fields at the foot of the mountains on the east.  Just to the south and east of San Pedro Mesa is Sanches Resevoir and Sanchez State Wildlife Area.  Just to the west are the San Luis Hills with the San Juan Mountains acting as a backdrop.  To the north is the Blanca Massif.Rising to 14,345', Mt. Blanca can clearly be seen for ... 04/27/2007
Comments 2
Explore San Luis, CO
San Luis, CO Real Estate Professionals