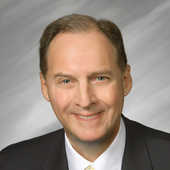 By Harrison K. Long, REALTOR , GRI, Broker associate, Attorney
(HomeSmart, Evergreen Realty)
Corona del Mar at Newport Beach CA is one of the most sought after villages for residential living and investment in South Orange County. CDM real estate update for second quarter 2013 shows amazing balance in sales and prices when comparing first half of 2013 with first half of 2012. For first six months of this year from January 1 to June 30, 2013 - Corona del Mar had 135 homes sold.  Average sold home price was  $1,947,833 during that time - and average interior size was 2436 SF interior. During same time last year first six months of 2012 - Corona del Mar sold 136 homes (amazing that number of sales was almost the same 2012 v. 2013).  Average sold price last year 2012 was $1,962,463. So Corona del Mar homes and real estate sales and prices have been steady - when comparing first p... 07/29/2013
Comments 0

By Sharon Paxson, Newport Beach Real Estate
(Compass)
Are you considering selling your Corona del Mar home this summer? Things are definitely heating up, and here are a few tips to make sure your property shines and stands out!! The market in general has picked up significantly and it is not unusual to see multiple offers on properties. Therefore, it is important to make sure that your property stands out amongst the competition. The following are some tips to consider when selling your Corona del Mar home. Be sure to address any deferred maintenance on your property. A buyer will definitely have a home inspection on the property, and items that need attention will most likely show up. How is the curb appeal of your Corona del Mar home? Be sure to make sure it is tidy and neat, and add colorful annuals to enhance the appeal. De-clutter the... 06/07/2013
Comments 2

By Sharon Paxson, Newport Beach Real Estate
(Compass)
Cameo Shores Homes for Sale in Corona del Mar | Homes for Sale in Cameo Shores Cameo Shores in Corona del Mar is a highly  desirable community of single family homes located in Corona del Mar. There are approximately 170 home sites in this community.  The neighborhood was designed to be terraced so that all the homes maintain their spectacular ocean views (with the exception of the uppermost street). And also for the some home owners in Cameo Highlands to have ocean views as well.  Families who have elementary aged children attend Harbor View Elementary School which is a very desirable school. Harbor View is located on Goldenrod on the north side of Coast Highway. Cameo Shores in Corona del Mar is in the zip code 92625. It is not a gated community, however there is a home owners associa... 05/17/2013
Comments 2

Corona del Mar Homes for Sale North of the Highway 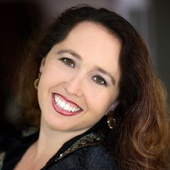 By Christine Donovan, Broker/Attorney 714-319-9751 DRE01267479 - Costa M
(Donovan Blatt Realty)
Corona del Mar Tide Pools - Friday's Fotos       Everywhere I look, there is so much to see especially for somebody who enjoys the outdoors and/or the beach.   Visiting the Corona del Mar Tide Pools was something I loved doing as a kid, climbing over the rocks and searching for sea creatures.  Now I get to do the same with my kids. 03/15/2013
Comments 6

I Love Where I Live - Speechless Sundays