Sun City Grand homes for sale under 200,000 in Surprise AZ

By Surprise Arizona Realtor Jim Braun Sun City Grand Active Adult Communities, Surprise AZ real estate Phoenix West Valley
(Coldwell Banker Residential Brokerage Jim Braun Sun City Grand Az )
Sun City Grand homes for sale under 200,000 in Surprise AZ   Sun City Grand in the Phoenix Northwest Valley is a Del Webb active adult golf community with 4 championship golf courses and 2 state of the art recreation centers. This beautiful 2 bedroom home is a split floor plan home for the privacy of you and your guests. The baths have been upgraded with granite counter tops and new raised cabinets. This home has been impeccably maintained and is move in ready. There are 48 single family detached listings starting at 139,000 and starting at 1096 sq ft. There are many variables to look at when checking out these homes, location, upgrades as some were basic and have no upgrades where others have many upgrades and show like model homes. If you are thinking about that second home for your w... 06/14/2013
Comments 0

Surprise Arizona homes for sale under 200,000 in Sun City Grand

By Surprise Arizona Realtor Jim Braun Sun City Grand Active Adult Communities, Surprise AZ real estate Phoenix West Valley
(Coldwell Banker Residential Brokerage Jim Braun Sun City Grand Az )
Surprise Arizona homes for sale under 200,000 in Sun City Grand   Sun City Grand located in the Phoenix Northwest Valley city of Surprise AZ is a 45+ active adult community by Del Webb the pioneer of adult communities in the USA. You will find a variety of size and style homes and condos for sale at this time under 200,000. Whether looking to downsize, looking for investnent property or a winter get away home it is a great time to be buying in a magnificent golf community. Sun City Grand on the Phoenix West side is close to Del Webb hospital, near major league sports facility and by Sun City West. As you enter Sun City Grand off Bell Road or from Grand Ave Highway 60 you will see the beauty and it is not hard to undrstand why people come from around the world to live in this great commu... 05/20/2013
Comments 0

By Surprise Arizona Realtor Jim Braun Sun City Grand Active Adult Communities, Surprise AZ real estate Phoenix West Valley
(Coldwell Banker Residential Brokerage Jim Braun Sun City Grand Az )
Sun City Grand home search in Surprise AZ   Sun City Grand located in the Phoenix West Valley city of Surprise AZ is a active adult community that has it all. As you enter Sun City Grand the wow factor will take over as the beauty of swaying palms, waterfalls, golf courses and the desert landscape beauty is breathtaking. If you are looking for a home for enjoying those retirement years in a community where you can keep active and join in the fun look no further. With 4 championship golf courses, tennis, softball, bridge, billiards, computer club, quilting, sewing, ceramics, photography, state of the art woodshop, 2 state of the art recreation centers, indoor/outdoor pools, drama club and so much more. Sun City Grand is a community where you can as involved or uninvolved in community act... 04/30/2013
Comments 0 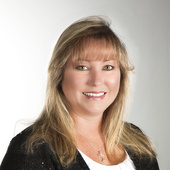 By Lori Scardina, Homes by Scardina
(Keller Williams Realty Elite)
I am going to brag on the City of Surprise just a little bit more.  It is important to show teens the value of work and the City of Surprise is bringing back their Youth Employment Program again this year.  In this program, 20 applicants between the ages of 15-19 will be selected to work in a local community-minded business and develop professional training.  The applicants must be able to work for up to 30 hours a week from nine to 11 weeks during the summer break.  Applicants will receive $8.00 per hour pay in fields from environmental projects to office or library work.  There are eligibility requirements for the youth that would like to apply.  Applications will be available online at www.surpriseaz.gov/vyep  on April 29th and will need to be turned in by May 8th.  What a great way ... 04/30/2013
Comments 0

By Sun City Grand Homes Surprise AZ Real Estate Leolinda Bowers Designated Broker Leolinda Realty, Sun City Grand in Surprise Arizona
(Leolinda Realty)
It was another beautiful sunny Arizona day. It's springtime; the desert is in full bloom. While other US cities are still experiencing cold blistery weather, there's a whole lot of sun here. At 8am my husband and I had our morning cup of coffee on our backyard patio enjoying the mild 66° temperature. SURPRISE! Temperature raised quickly. The first Arizona triple digit weather was recorded at 1:15pm. Although the temperature increased to the 100° prediction, it was dry heat - a perfect day to have an open house. 04/28/2013
Comments 2

Things to Do Around Phoenix in May 2013 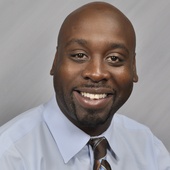 By Derrick White, Attorneys Realty
(Attorneys Realty)
The housing prices in metropolitan Phoenix climbed 22.9 percent in 2012, the highest in the nation, according to research firm CoreLogic. Homebuilders are now both rushing to buy land and even resuming building on land that was deserted. Leading to the housing market in Phoenix to a place it has not been for quite some time. In this sellers’ market we search high and low for the right home for our buyers. So what does this mean to us as a nation? Can we say that we are on a total upturn economically speaking? I believe that this is one of the first signs that we are on the way out of one our bleakest days as a nation! Homes flying off the market and new construction on a steady uptick are indicators that we could be gradually climbing out of the rut. As homebuyers steadily search high a... 04/24/2013
Comments 0

By Surprise Arizona Realtor Jim Braun Sun City Grand Active Adult Communities, Surprise AZ real estate Phoenix West Valley
(Coldwell Banker Residential Brokerage Jim Braun Sun City Grand Az )
Learn your market area Every Tuesday the Realtors in the Phoenix West Valley active adult communities have the opportunity to learn their market by attending open houses on the Realtors tour. Whether you work Sun City Grand, Sun City West, Sun City, Arizona Traditions, Coyote Lakes, Sun City Festival or any of the communities in the west valley it pays to know your inventory. How many times have you had a client ask if you have seen the property before? It sure makes you look good when you answer yes and have hands, eye on knowledge of the property. What about the client that wants you to find a home with specific parameters. Or maybe you walk into a home on tour and the light comes on that it is the exact home one of yourclients is looking to buy. I know most areas have what they call ... 04/23/2013
Comments 0

By Sun City Grand Homes Surprise AZ Real Estate Leolinda Bowers Designated Broker Leolinda Realty, Sun City Grand in Surprise Arizona
(Leolinda Realty)
Today is the 43rd anniversary of Earth Day. Earth Day, dedicated to raising consciousness about environmental issues, is now celebrated by over a billion people world-wide. I raise orchids sharing them with all around me at home and at work. I enjoy each for their unique shape, heavenly aroma and the vibrant colors.  I have orchids in every room of my home, in my home office and my office at Long Realty. These are my most current Dendrobium orchids in bloom. To learn more about Earth Day and what you can do to make the world a cleaner place, visit http://www.earthday.org/. I am contributing towards making the world a cleaner place, how are you? 04/22/2013
Comments 2

By Sun City Grand Homes Surprise AZ Real Estate Leolinda Bowers Designated Broker Leolinda Realty, Sun City Grand in Surprise Arizona
(Leolinda Realty)
Sun City Grand Surprise ArizonaSunday, April 21, 201312 noon to 3pm 18925 N HAWTHORN DR Surprise, AZ 85387Size: 2,518 sfMLS 4889418List Price You are invited to join me in Sun City Grand this weekend at this gorgeous Mission model floor plan, popular for its great room configuration, large kitchen with island and two master suites. The present homeowner has expanded the home by 27 feet, adding another sleeping area and a full bath on the opposite side of the house. The newly created area may be ideally used as a hobby room or as the 4th sleeping area or hobby room. Come take a look for yourself. I'm sure that you'll be impressed with this Sun City Grand home graced with a wealth of custom features. Take a Virtual Tour:   Sun City Grand Surprise Arizona Realtor® Leolinda Bowers is a full... 04/20/2013
Comments 2

Another Reason Why You Should Recommend Using a Licensed Professional

By Sun City Grand Homes Surprise AZ Real Estate Leolinda Bowers Designated Broker Leolinda Realty, Sun City Grand in Surprise Arizona
(Leolinda Realty)
Cake Pan Electrical Cover When a property inspection reveals problems with plumbing, roofing, electrical, etc., I always recommend that the buyers insist the repairs be done by a licensed contractor in a workmanship like manner.  In our area the local laws and HOA regulations require this for major repairs, but it's a good idea even for minor changes.  A friend of mine just sent me these photos that graphically illustrate why. The previous homeowners were an elderly couple who had tried to upgrade their home but pinched pennies at every turn.  They apparently did some of the work themselves and hired inexpensive handymen for the rest.  As a result, when they sold the home, the inspector found faucets plumbed backward, outlets wired with reverse polarity, hot water heater overflow piping... 04/18/2013
Comments 4
<< Previous 1 2 … 11 12 13 14 15 16 17 18 19 … 109 110 Next >>
Explore Surprise, AZ
Surprise, AZ Real Estate Professionals