Historical Architecture question: What is a “Roof comb"?

Historical Architecture question: What is a “Skene"?

"Skene, in ancient Greek theatre, a building behind the playing area that was originally a hut for the changing of masks and costumes but eventually became the background before which the drama was enacted. First used c. 465 bc, the skene was originally a small wooden structure facing the circle of spectators."

When you don't have enough shingles on one side, so you bring the ones from the otherside to help cover.  Oh wait, that's a "roof comb over" 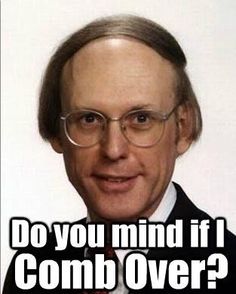 A big comb to bruch the roof...

We use those to remove snow on Maine lake camps. Or is that a snow rake... hmmmm. over a home to keep its weeds combed well

Is that like a roof rake? That is the term we use in our area.

Fun question. Ryan Huggins - Thousand Oaks, CA takes the prize. I suspect the real answer is something none of us will guess!

Fascinating - I had never heard of a roof comb! Thanks for makign us smarter

I love the answers to this question! Wayne Martin has me laughing.

When a roof is having a crappy shingle day, it waits til it rains a bit to get things a little wet, then uses a roof comb to make it's appearance look a bit better

Construction debris that is found on the roof.

Upvote
2
Rainmaker
5,883,749
Roy Kelley
Realty Group Referrals - Gaithersburg, MD
Roof comb (or roof-comb) is the structure that tops a pyramid in monumental Mesoamerican architecture. Examination of the dections and iconography of Maya civilization roof-combs indicates that each icon had specific sacred meanings.

You once again topped yourselves, Tony and Suzanne with this distinctive question.

What we use sometimes to get snow off the roof!

It is a real topper!

It is what you use when you get too much snow on your roof.  BUT, you would never catch me up there using it!

That is what styles the hair on my roof

What my husband now uses on the hair he's losing LOL!

A tool for homes with hairy roofs.

I am not sure but why did I think Donald Trump when I read this question?

Tony and Suzanne Marriott, Associate Brokers - I am sure this is effective only when the roof is not bald.

Something roofs have in their pockets until they start to lose their hair ;-)