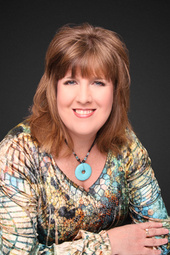 Get to know Vanessa Hackleman

I have been a resident in the Shreveport/Bossier City/Barksdale AFB for 18 years. My husband has recently Retired from the United States Air Force here at Barksdale AFB. My experience as a Real Estate Agent is extensive and I am continuing to improve myself with education. I am a dedicated full time REALTOR with your interest at heart.  Communication is key and I am here to listen and respond with informative information.

Letter to Crofton Homebuyers AFTER Your Offer is Accepted

WHY DO YOU NEED TITLE INSURANCE?

Committed to customer satisfaction, I focus on your needs and wants with the highest level of professionalism and integrity.  I understand the need for constant communication and I am always just a phone call away.

I love working with families that are looking for their new home. It gives me great pleasure to see their smiling faces at the closing table after experiencing a smooth and painless experience in looking and purchasing a home with me.  I work with first time homebuyers and people being transferred here to Barksdale AFB. My husband just recently RETIRED here at BAFB, so I can relate!