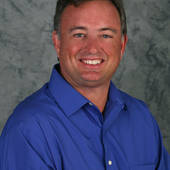 Get to know Scott Parks

Scott grew up in Penfield a suburban area of Battle Creek, Michigan, home of “Tony the Tiger”. After graduating High School in 1981, he contemplated college while working for his family’s fabrication company until he joined the United States Navy in February 1982. He attended numerous military communications schools specializing in Anti-Submarine Warfare. His first tour of duty was on the USS Stein stationed out of San Diego, CA as a Radioman. Scott was also stationed at NAVCOMMSTA Oceana VA, NAVFAC Brawdy, Wales and NAVCOMMSTA (ASWOC) Keflavik, Iceland. He received numerous achievement awards and medals throughout his Navy career; Honorable Discharge August 1990.Scott became a Residential Real Estate Valuation Specialist (Real Estate Appraiser) and was employed with Cobb and Associates until March 1994. He’s been in the Real Estate Appraisal business for the last 20 years with a software development company called Appraisers Choice Inc. as an Account Executive where he retired June 2014. He now works aside of his wife for Take Action Properties LLC.Mari, his wife of 32 years, is the Founder/Owner of Take Action Properties, LLC. He has two sons that are very career oriented. Nicholas, his oldest son attended The University of North Florida and is an Air Traffic Controller in San Juan, Puerto Rico. Bradley, his youngest is currently attending The University of Alabama majoring in Public Relations.