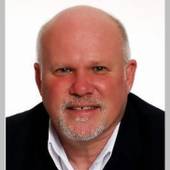 Tips, ideas and honest advice about how to use social media as a marketing tool gleaned from an industry veteran and thought-leader Paul Chaney.

Get to know Paul Chaney

Paul has been involved in online marketing for more than 25 years.

As one of the first business blogging consultants he understands at a granular level how conversational media tools such as blogs, social networks and micro-blogging applications can be used for marketing purposes and has worked with a number of clients assisting them in deploying such strategies.

Paul was co-founder of Blogging Systems, a blog software company that significantly impacted the real estate industry in terms of encouraging Realtors to adopt blogging as a marketing strategy. Along with Blogging Systems CEO Richard Nacht, he co-authored Realty Blogging: Build your Brand and Outsmart Your Competition, which similarly impacted the industry and which was the first blogging book to target a specific industry vertical.

For ten years, Paul was a feature writer for Practical Ecommerce magazine on the use of blogs and social media for marketing purposes.

He has led numerous workshops and seminars on the topic, including the first ever such seminar in Asia in 2005. He also blogged professionally with Weblogs, Inc, as well as with Allbusiness.com.

He also writes for marketing resource supersite, MarketingProfs, for their Daily Fix blog.

Paul has served as Technical Editor on a number of the "For Dummies" series books related to blogs and Internet marketing, and was contributing writer on Buzz Marketing with Blogs For Dummies, published by Wiley.

Paul has been quoted in leading mainstream media publications including the San Francisco Chronicle, Philadelphia Inquirer and Best's Review, as well as a number of industry trade magazines.

He also served as President of the International Blogging and New Media Association (IBNMA), a non-profit trade association dedicated to advancing blogging, podcasting and social media as an industry.

His dedication to and belief in this medium has made him a widely recognized thought-leader and respected industry expert in the field of business blogging and social media.

FeedBurner RSS feed transition to Google, what you need to do

ActiveRain Community – over 9 years ago

ActiveRain Community – over 11 years ago

Need a speaker or consultant on the topic of online marketing, business blogging or social media marketing? Paul has demonstrated expertise in all of these areas.