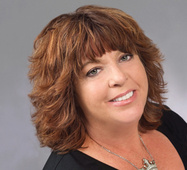 Get to know Danielle Purcell

Head Queen/ Broker and Owner of Team Laguna. Danielle is ranked #1 in Laguna Beach and California and she is locally known as “The Real Estate Queen”. Dani does more transactions than anyone in California. Dani closed more sales in Laguna Beach in 2012 than any other agent. For over 23 years she has specialized in Laguna Beach Real Estate. Her clients think she is the best in the industry.

Dani’s local history dates back to her father; he began his career in law enforcement in his home town of Newport Beach. In 1968 the Purcell family moved to Laguna where Dani’s dad pursued his law enforcement career. Dani’s father became well known for arresting Timothy Leary. Eventually Dani’s dad became police chief in Laguna and served his city for over 40 years. Having lived locally since 1968, she grew up coming to know and love the community. Over the years, Dani has developed a deep passion for the area as she became part of the local culture and gradually developed a network of business relationships. Dani’s trademark work ethic showed early. She delivered papers on three routes for a time. At age 12, she earned the “California Carrier of the Year” award.

Dani became a local legend helping her mother, a well-known Laguna Beach artist, sell at the Art A Fair Festival and in her Laguna Beach gallery. At times, Dani’s art transactions would run to an impressive 5-figures! Dani was #1 in sales. At the University of Nevada, Las Vegas, Dani majored in Hotel-Restaurant Management. After college, she worked in several well-known local restaurants. Growing up in Laguna was perfect preparation for a real estate career.

Dani’s passion for real estate is expressed through her business. With an intimate knowledge of the local market and her continuous hard work, she’s become known by her tagline “# 1 for Years!” Two gorgeous assistants, Bobo and Coco the English bull dogs are Dani’s babies. They love to ride around town in their classic golf cart, as Dani attends to her catchy signs and takes care of business. Dani has just one thing in mind — to offer the best and most professional service possible to her clients.

Locally established by Broker/Owner Danielle Purcell and deeply rooted in the vibrant and historic town of Laguna Beach, Team Laguna is a privately held and independently operated real estate brokerage specializing in some of Orange County’s finest coastal real estate. Our commitment to service, creativity and hard work sets us apart and provides our clients with an exceptional experience whenbuying, selling or leasing real estate in the area. Laguna Beach boasts some of the most luxurious oceanfront homes in California - and we know how to find them.

Our associates come from diverse backgrounds in business and real estate. They are smart, dedicated and devoted to our clients. Through working together as a team and by sharing collective knowledge, there are few obstacles within real estate that our group hasn't dealt with before or cannot anticipate or prevent. Team Laguna is recognized for unparalleled professional service, intelligent market analysis and honesty.