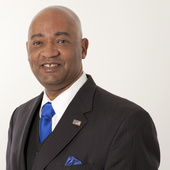 Your Neighborhood Realtor Who Live and Work Here!

Fillmore Real Estate: Go with an agent who knows, and a company that cares.

Get to know John H. Johnson

John H. Johnson Jr. is the Manager at Fillmore Real Estate Brooklyn, Inc. 696 Grand Street office in Williamsburg Brooklyn which opened January 1, 2016. While managing Fillmore Real Estate 345 Atlantic Ave downtown office it became the number one office in the company for 19 months in a row. That is a new Fillmore Real Estate record. He was the manager at the 345 Atlantic Avenue office for the pass 5 years. John was stationed at Brooklyn’s Fort Hamilton Army Base for 6 years. He worked there as the Director of Information Management, (DOIM). As the Director of Information Management, (DOIM), he worked in the Brooklyn community every day. His children attended and graduated from Brooklyn based schools. After his last assignment at Fort Hamilton Army Base, John and his family decided to permanently call Brooklyn, ‘home’. John was a group Leader at Fillmore Real Estate office located at 4717 Avenue N office for 4 years. The office grew to be one of Fillmore’s Top Sales office. Moving up Fillmore’s Group and Team building ladder in management, he helped build Fillmore’s top sales office at 345 Atlantic Avenue Downtown Brooklyn. He has been working in the downtown area and has sold multi family homes, mixed use businesses and commercial properties in the area. I also live, own a home, work in Rockaway Park, NY.