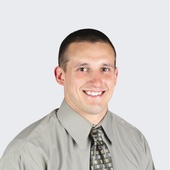 Get to know John Meulstee

John is a real estate agent who gets results.  A lifetime resident of Central Bucks County and Eastern Montgomery Counties, he is very familiar with the local real estate market.  As a dedicated servant to his client's needs, he has developed a completely unique marketing system for his clients.  His system has helped many families already in his young career.

John is a hometown native who is an avid football and basketball fan.  You could often catch him on the sidelines of a local sports game as well as down at "The Linc" or watching the Sixers.  His competitive spirit started early when he started his first online business selling home products.   Paying his own way to college and working throughout, he learned to be a self starter and to manage his time.

After the attacks on September 11th, 2001, John finished out his Sophomore year at Shippensburg U. of PA, and joined the Marine Corps as a helicopter crew chief.  He had a successful enlistment, being meritoriously promoted two times in five years.   After coming back from serving, he started an extraordinary business in real estate.   Using his inner drive and the work ethic he refined in the Marine Corps, he always has his clients' best interests at heart.

John lives in East Rockhill Township with his two dogs and his wife of six years, Colleen.  A 5th grade teacher in Wissahickon School District.