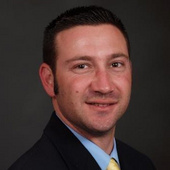 Get to know H. Alan Welles

History - Alan Welles has more than 9 years of leadership experience, guiding top-tier companies and individuals in their commercial real estate endeavors. He specializes in building global relationships with corporate leaders as well as independent entrepreneurs. As an accomplished commercial real estate broker, his vision and expertise in commercial real estate has driven notable growth and income for clients in retail, industrial, office and multi-family sectors. Alan has helped facilitate transactions in excess of $90 million in sales and 1,000,000 SF of leased space. His achievements have been featured on The Real Estate Radio Show on 107.1 FM, Channel 12 WPBT, Fox News, WBZT 1230AM, Costar, the Palm Beach Post, the Stuart News, the Port St. Lucie News, the Daily Business Review, First Florida Commercial, In Touch, and several trade publications. Most recently Mr. Welles was featured in the Wall Street Journal and was recognized for his work with group sponsors.

Achievements - H. Alan Welles Real Estate has grown and continues to evolve. We now have several sales associates and growing. Our name and reputation are well respected among the community. Thanks to his noted success of coordination and turnout at CCIM/RCS events, Alan was named membership chairman for The Realtors Commercial Society of the Palm Beaches now called Realtors Commercial Alliance of the Palm Beaches and later elected to the Board of Directors. Currently Alan is serving as president as of October 2006. He has made a significant impact on profitability and growth at Florida CCIM Chapter, East Coast District as district vice president and then district president. He is currently on the board of directors; Alan has also been awarded the 2004, 2006 and 2007 Retail Deal of the Year Award, 2007 Deal of the year award and 2007 Realtor of the year award by the Realtors Commercial Alliance of the Palm Beaches. Past director of ( FAR ) Florida Association of Realtors and past president of the RCA.

Education - Alan studied at Northwood University with a dual major in marketing and management. He serves on the board of directors of Florida Chapter CCIM (recognized by real estate practitioners as the PhD of commercial real estate). He continually attends numerous conferences and seminars as part of his continuing education.