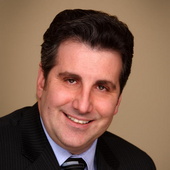 GOOD IDEAS are RIGHT HERE from Jim Strachan. I understand that a mortgage is a very important obligation. That´s why I´ve dedicated my career to getting one of life's top priorities right.

Get to know Jim Strachan

A long time ago before Jim Strachan ever thought about mortgages, he lived in New Orleans with other Strachans for nearly a couple decades where he ate scores of crawfish and enthusiastically celebrated many Mardi Gras. Jim Strachan has since moved to Northern Illinois where he received a B.A. from the University of Illinois at Chicago. He now happily resides in Grayslake, IL with his lovely wife and children.
Jim Strachan has a last name that is eight letters long and has only one syllable. Pronounced, "STRAWN," it is an old Scottish name that has belonged to many Strachans before him.

In 1997, Jim Strachan changed careers as a Brewery Manager in Chicago to that of a Professional Mortgage Originator. In 2015 after many years with other top lenders, Jim Strachan joined Bay Equity Home Loans with a healthy amount of experience, strength and dedication that parallels the attitude and ability of this trend-setting lender. Jim Strachan is very fortunate to have a skilled operations team at Bay Equity Home Loans.  Jim Strachan's Mortgage Team is complimented by several dedicated mortgage professionals who work relentlessly to ensure that every customer receives the utmost in customer service.

Jim Strachan looks forward to being able to deliver clear, concise and valuable information as he helps his clients make the correct choices for their home financing. Jim Strachan understands that financial decisions are very important and that larger debts like a mortgage need to be properly managed. That's why Jim Strachan has partnered with Bay Equity, a lender with better answers, the best solutions and a great relationship with its clients.

Quite simply, proper mortgage debt management requires a great relationship.
Would you like Jim Strachan to help you today?

Bay Equity opened in the midst of the recession, as many other mortgage lenders were closing their doors. A group of mortgage professionals led by three brothers, Brett, Jon and Casey McGovern, recognized the need for a new type of mortgage lender. Their new lender had to embrace the highest standards, provide exceptional customer service and be committed to lasting relationships.

Bay Equity opened in San Francisco in April of 2008 and funded its first loan one month later. In its short history, Bay Equity has expanded and is now lending in eleven western states and growing.

Bay Equity has hired accomplished mortgage and financial professionals at all levels and has proudly assembled a highly experienced staff of corporate executives and operations professionals.